Nissan is also unwrapping a new Kicks at the same time. 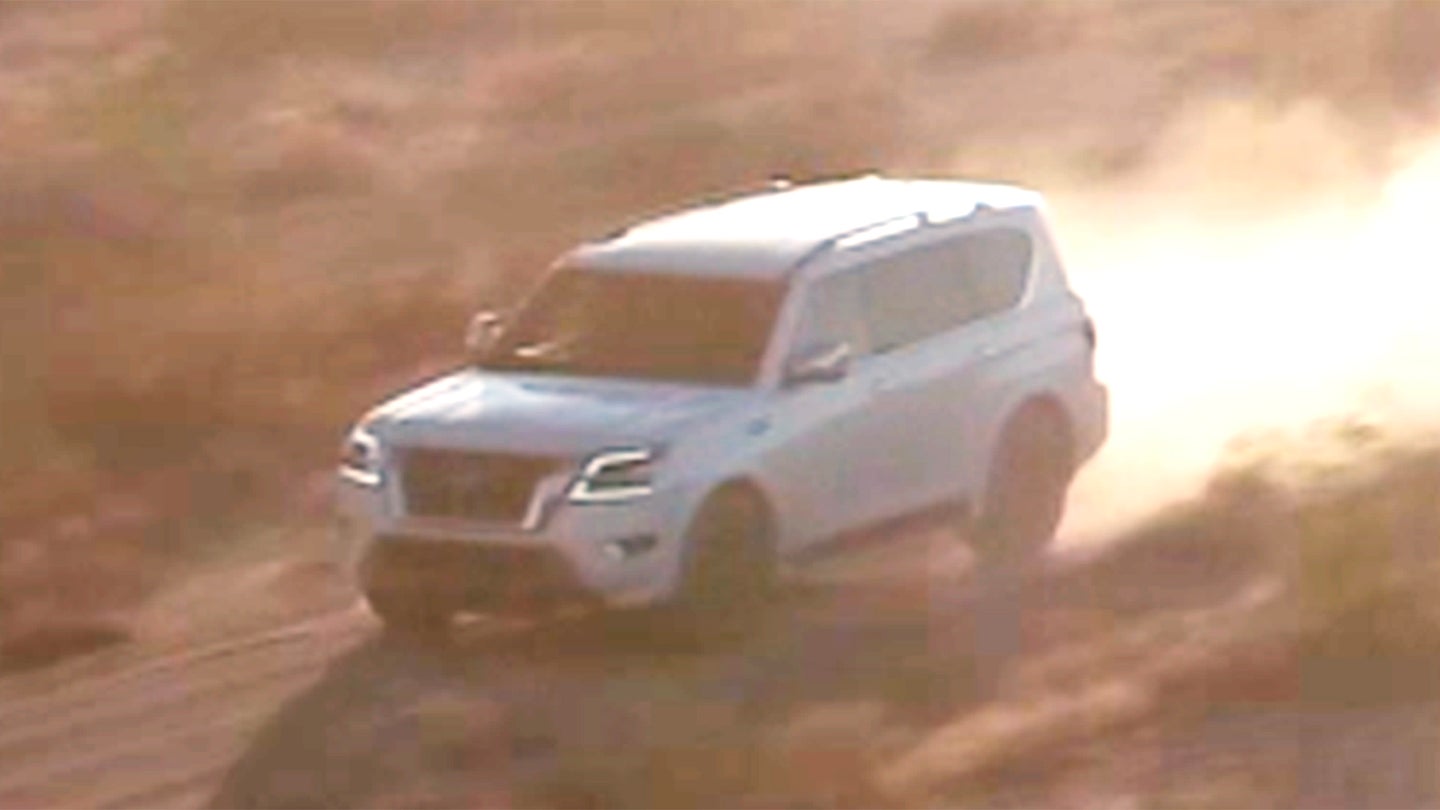 Nissan is waiting until Tuesday, Dec. 8 to unveil the new 2021 Armada, but to whet the appetites of those who just cannot wait to see the company's updated flagship SUV, it has dropped a five-second teaser video that reveals...quite a lot of the new design, actually.

The super-short clip has our hero vehicle traveling across some sort of desert terrain to the tagline "Tame the Wild." Pause, zoom in, enhance and we've already got a pretty good idea of what the new Armada will look like. It'll apparently rock C-shaped headlights flanking Nissan's corporate "V-motion" grille and will look very much like a sibling of the new Rogue. The rest of it, however, looks mostly like carryover from the current Armada, with the same, fairly distinctive greenhouse especially aft of the rear doors.

The Armada is the Nissan brand's biggest and most expensive SUV and is based on the body-on-frame Patrol that's sold in other markets (also sharing a platform with the Infiniti QX80). It's powered by a 5.6-liter V8 and the current 2020 version starts at $48,895.

But wait, there's more! On the other end of the crossover/SUV spectrum, Nissan is planning on unveiling a new Kicks on Tuesday as well, a car it has also teased with the following photo.

Slim, high-mounted headlights slanted so that a V would fit perfectly in between? Looks like a 2021 Nissan product, all right. The Kicks is Nissan's smallest and cheapest crossover, like an Armada for those who don't need nearly as much space, power, off-roadability and, y'know, expense. With a 1.6-liter four-cylinder under the hood, the current Kicks starts at a reasonable $20,165.

Both the 2021 Nissan Armada and Kicks will be unveiled at precisely 11 a.m. ET/ 8 a.m. PT this coming Tuesday, Dec. 8. Check back here on The Drive then to get all the details.