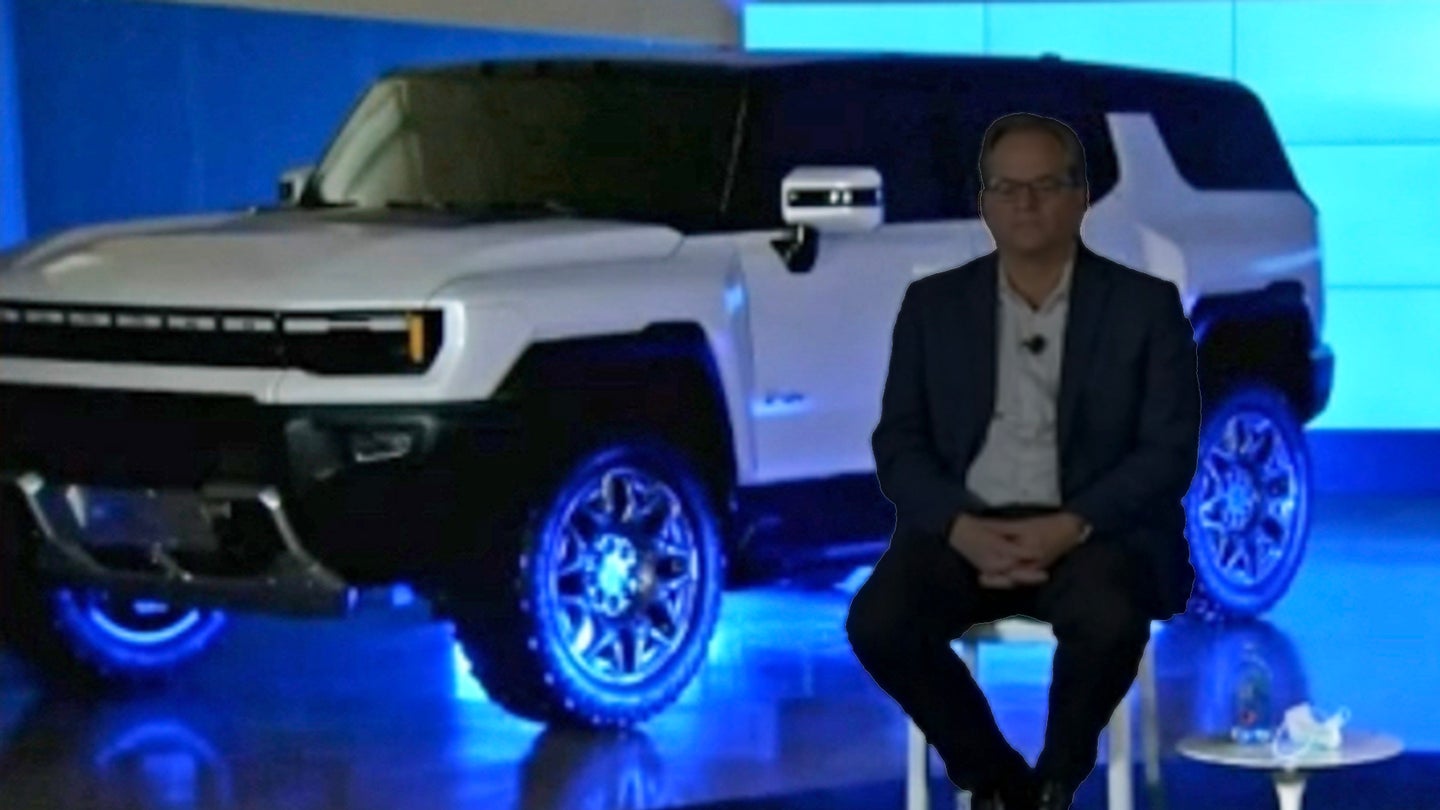 The electric GMC Hummer pickup was revealed a few weeks ago, but mysteriously missing from the event was the promised SUV version of the truck. Although the pickup was the only one to step into the limelight during the World Series debut, the family-hauling version of the EV has been spotted by forum members on Hummerchat.com, and it was first reported on by Road & Track.

Looking pretty much exactly like the pickup version of the truck aside from the filled-in bed, the SUV was peeped in the background of a digital GM investors conference with CEO Mary Barra alongside another concept vehicle whose identity is unknown. Equally unknown are other details about the electric Hummer SUV, although it's likely to have much in common with the pickup variant. That means an 800-volt architecture, range somewhere around the 350-mile mark, and a 1,000-horsepower, tri-motor, all-wheel-drive powertrain.

Just from looking at it, it's unclear if much has changed about the vehicle besides the rear end. There's no information from GM pertaining to the vehicle such as whether it will have just two-row seating or an additional third row to fit seven. The wheels on the concept are new, however, and have not been seen before. It's unknown if they're just placeholders on the concept, or if they'll be offered on the final production model.

Pricing for the Hummer EV currently sits at $112,595 for the First Edition, although $80,000 and $70,000 versions are said to be coming eventually. As far as pricing goes for the SUV, it will likely be the same or slightly more expensive. We'll just have to wait for GM to tell us more...or for it to leak on the internet like this photo.

Some of the earliest design sketches for the 2022 GMC Hummer look like they belong in a video game with a roof-mounted laser cannon.