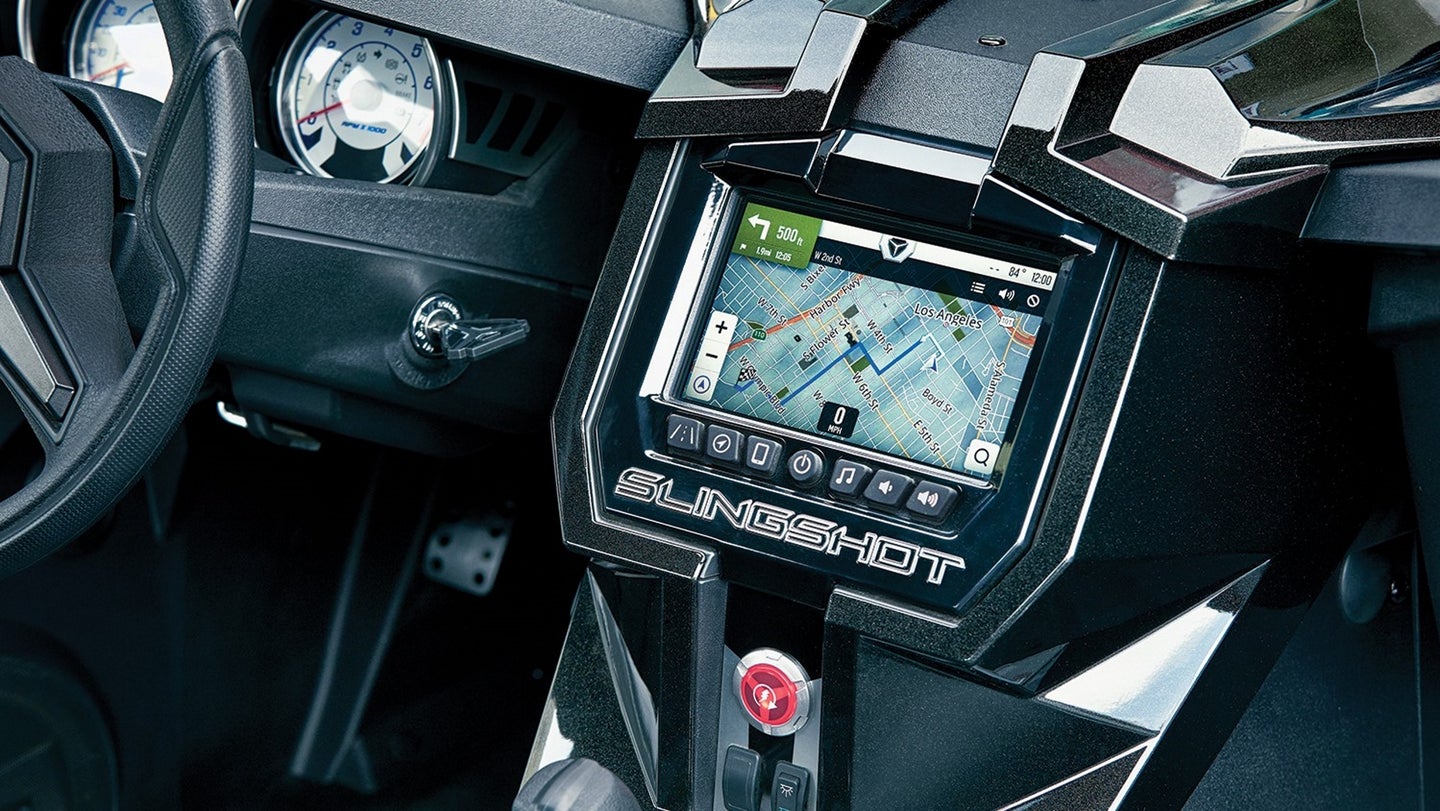 The Ride Command infotainment system available in the Polaris Slingshot three-wheel roadster was just updated with a new mobile app that makes the Slingshot more connected than ever. Available on both the Apple Store and on Google Play, the new Ride Command app riders plan routes and remotely access data about your Slingshot.

Like many similar third-party apps, the Ride Command app also allows you to share your rides directly to Facebook. If you happen to be part of a Slingshot rider’s group on Facebook, prepare to see a lot of rides shared via the new app.

However, the Ride Command update is more than just a cool new app. There’s also a new desktop platform meaning you can plan a route on your computer at home, load it up on your mobile app, and the app can talk to the Ride Command system in your Slingshot bringing up the route you made at home. The desktop platform can also do the other stuff that the app does like check vehicle data and show you service recommendations.

To recap, the Ride Command infotainment system is standard on all 2019 Polaris Slingshots except for the base S model. The navigation feature is only standard on the SLR and Grand Touring models, but you can also order a Slingshot SL with navigation for an extra cost. Also, the base Slingshot S can be upgraded with a Ride Command system as well, but at that point, you might as well spring for an SL.

If you already have a Ride Command-equipped Polaris Slingshot, you can get upgrades through a software update that you can download yourself by going to ridecommand.slingshot.polaris.com.

You Could Win a Polaris Slingshot by Drinking Rockstar

Its Rockstar Energy/Destiny 2 livery is a little odd, but hey, free Slingshot.

Custom lights, paint, and interior are just a few of the things that makes this three-wheeler stand out.