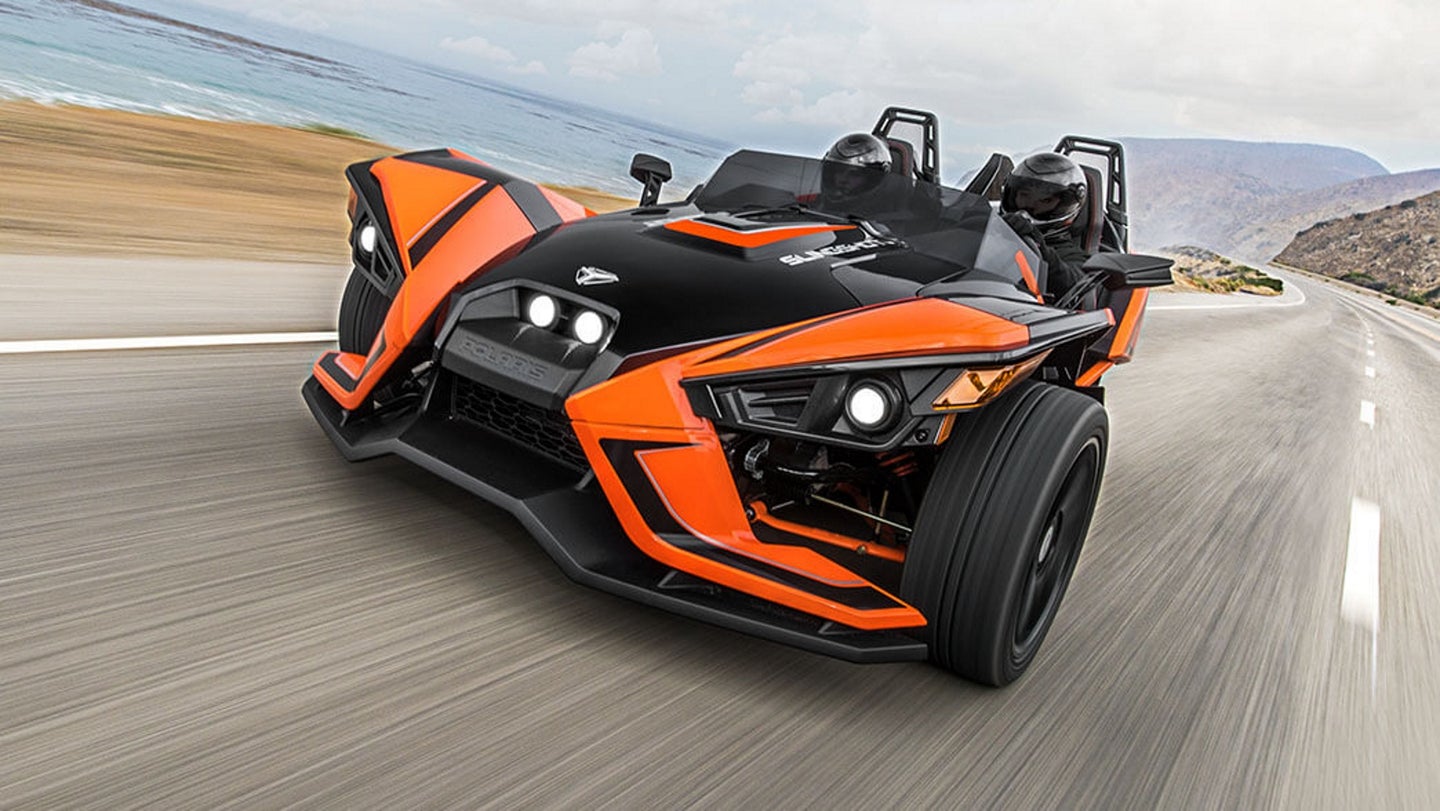 The Polaris Slingshot three-wheel auto-cycle has had some issues with recalls. The first one was back in 2016 for an “improperly manufactured swingarm, resulting in decreased swing arm strength.” In 2017, approximately half of the Slingshots from the 2016 recall received another recall to correct a problem caused by the previous recall. Apparently, some of the repair kits sent to Polaris dealers for the initial recall were missing some important pieces and nearly 9,000 Slingshots had to be recalled again.

Now, a new recall for all 2015-2018 Polaris Slingshots. This time, it’s for the seats and seat belts. “The driver-seat and passenger-seat seat belt and seat back anchoring bracket may have been improperly welded,” according to the recall notice. “Additionally, differences in the seat assembly may prevent proper latching of the seat slider, allowing the driver’s seat to move unexpectedly.”

That’s not good. The remedy is to take in your Slingshot and have the seat belt bracket and seat back welds inspected as well as the seat slider latching function. If the dealer finds a problem with any of these components, they will be repaired and/or replaced at no cost to the rider. The recall is expected to begin April 16.

Polaris provided the following statement about the recall in an email to The Drive: “A small number of Slingshot vehicles may have been manufactured with defective seat base frame. Because of this, Polaris issued a recall on 2015-2018 Slingshot vehicles. The Slingshot vehicles can be driven, but we encourage owners to schedule an appointment with a certified local dealer to have the recall completed. Polaris will be notifying owners about the recall. Dealers will perform an inspection and if the weld is missing or incomplete, or if the slider doesn't latch properly, the seat bases will be replaced, free of charge.”

So, your Slingshot isn’t unsafe to drive and you should take it to your local dealer to get it checked out as soon as you get the recall notice. Like with all recalls, better safe than sorry.