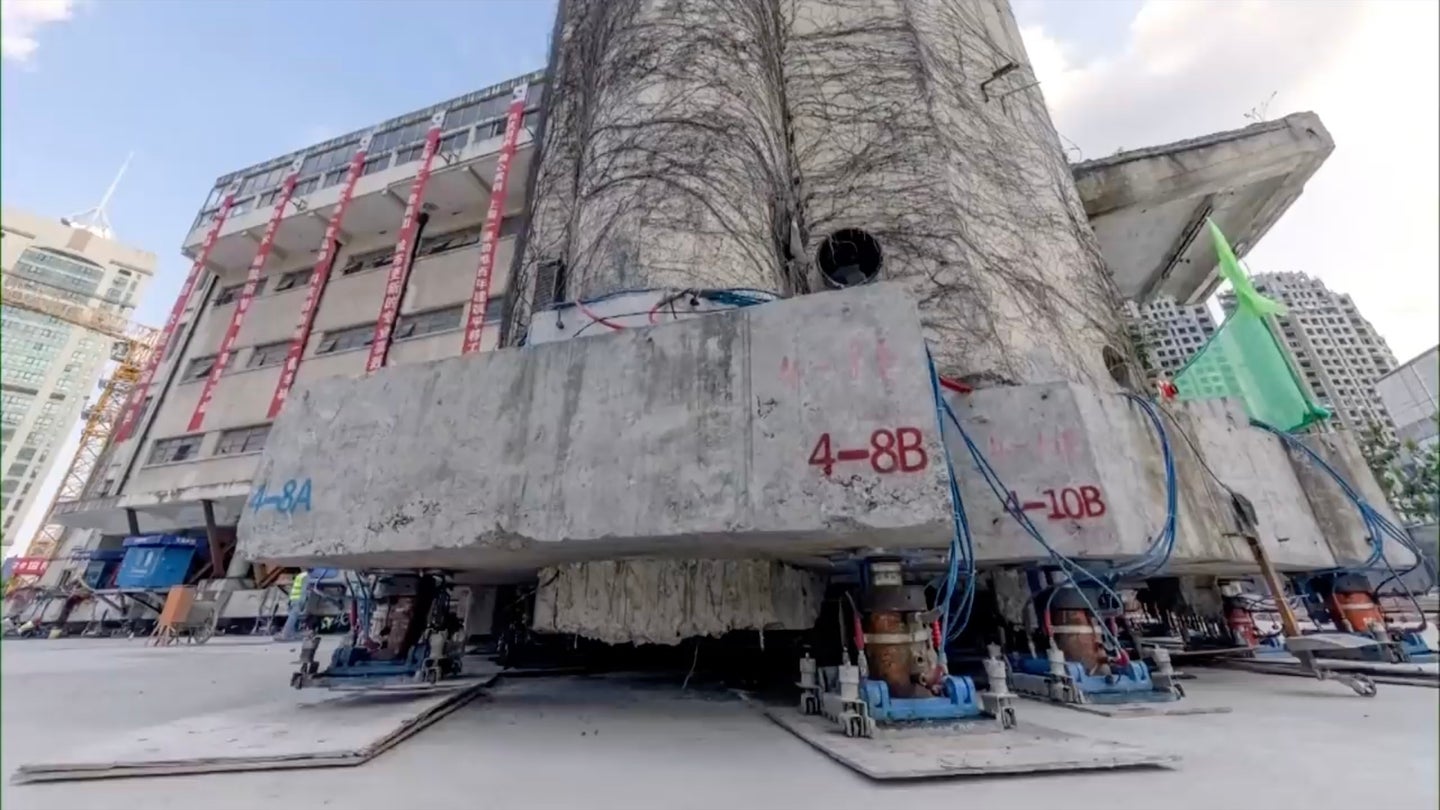 Under Mao Zedong's "Cultural Revolution," China razed countless historic structures in the name of rapid industrialization. After Mao's death, though, the nation's attitude toward preservation changed, and China began to protect and restore old buildings, even at great cost. So when Shanghai decided to repurpose the site of a historic school for commercial development, it had the land's existing resident uproot and walk to a new home. Literally.

Built in 1935, Lagena Primary School is a five-story, T-shaped building weighing in at more than 7,600 tons, which would present little challenge to move 203 feet in a straight line. But the school reportedly needed to move along a curved path and rotate 21 degrees as it did so, which ruled out relocation via rail. In stepped Shanghai Evolution Shift, which in 2018 developed a technology capable of transporting buildings in such a complicated fashion: A walking apparatus.

In the case of Lagena Primary School, this apparatus consisted of 198 robotic legs, which according to CNN operated in two groups to simulate the way humans walk. Though the move proceeded at a pace that'd make a snail seem speedy, the school at last reached its new home after 18 days on Oct. 15, freeing up its former site for a commercial development and office complex that will be complete in 2023.

"During my 23 years of working in this area, I haven't seen any other company that can move structures in a curve," commented Lan Wuji of Shanghai Evolution Shift to CNN. "It's like giving the building crutches so it can stand up and then walk."