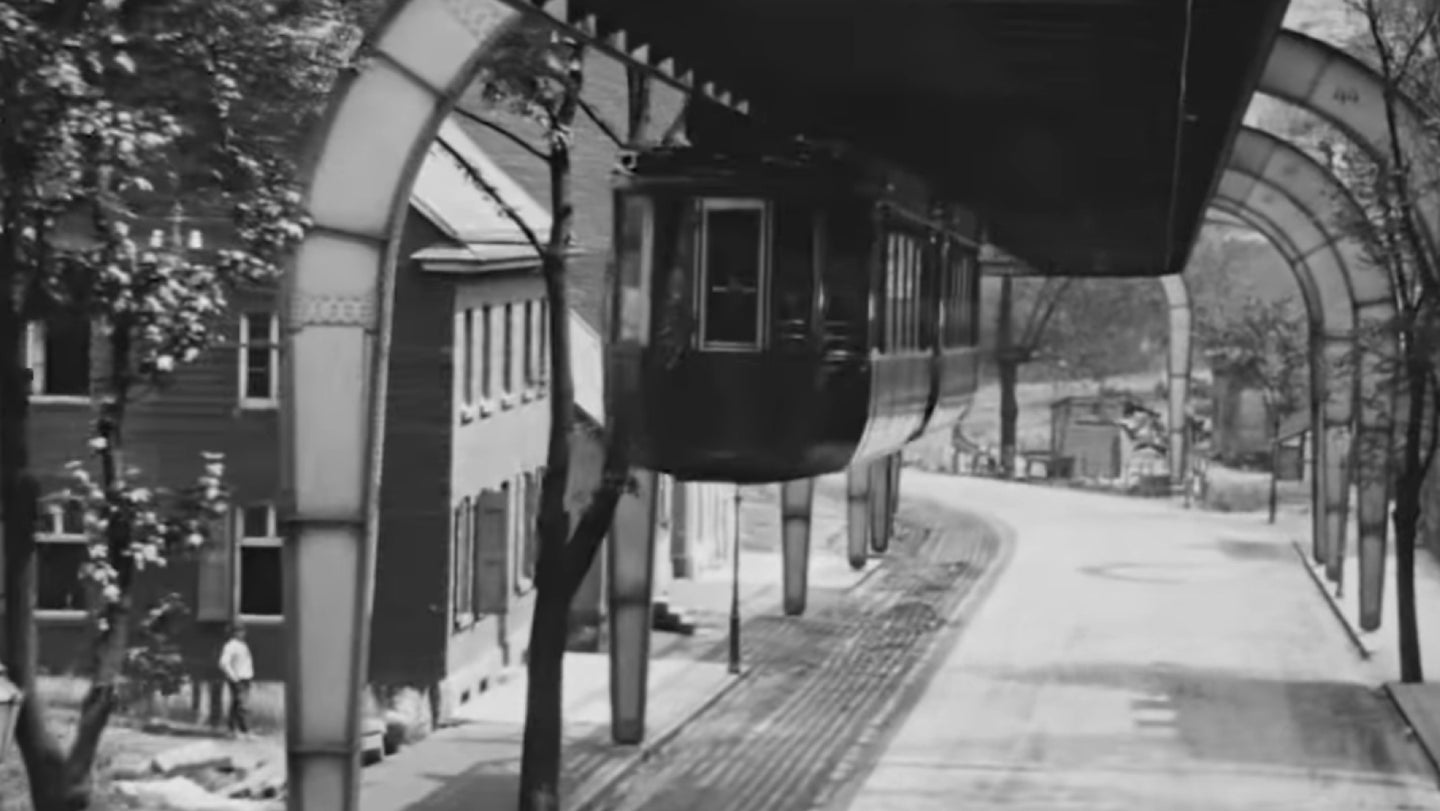 Suspended railways have always been a feat of industrial engineering in their own right, but here's a particularly special example from 1902 that will probably mess with your head. "The Flying Train" is a brief video of a monorail train in Germany that looks upside-down compared to most trains out there.

With all of the quaint houses, intricate steel construction, 1900s fashion and the occasional horse traffic, this looks like it's out of some steampunk fantasy, but no! It's real. Only it's totally flipped around from the version you'd ride visiting the Space Needle or Walt Disney World.

According to Open Culture, the train itself ran between the towns of Elberfeld and Barmen, both of which eventually were consolidated along with other towns into modern-day Wuppertal. The train line is called called the Wuppertaler Schwebebahn and largely follows the Wupper river. It was designed by Eugen Lagen, an engineer from Cologne, and opened to the general public in 1901, per Hyde Park Now.

The railway is still in use today, where the more modern trains that hang from it now are far less jarring to watch given that it's 2020 and not 1902. In other words, it's the kind of engineering feat that we expect to be possible nowadays. The Wuppertaler Schwebebahn currently runs for 8.26 miles and reaches 20 stations. Most of the other trains in use look pretty normal except for the fact that the running gear is on top. Approximately 82,000 people use the Schwebebahn every day, per Open Culture.

There is one older, special train still on the line: the Kaiserwagen, which Kaiser Wilhelm II rode on October 24, 1900. It and a matching car have been restored and are still in use as a tourist attraction on the line. People even get married on it.

The Museum of Modern Art remastered the older 1902 footage of the Schwebebahn, which was was shot on 68-mm Biograph film. The film's larger image area allows for even more detail than the more common 35-mm and 16-mm film stocks, giving us an absurdly clear view of what it was like to ride at the front of this suspended railway back in its earliest days.

Transportation geeks should check out some of the Museum of Modern Art's other exhibits, as there's a surprising number of vehicles in their collection. Just typing that probably inflated the egos of designers everywhere even if they don't deserve it, but the design of everyday objects is important and influential to the world around us. Yes—including weird trains that never caught on elsewhere.