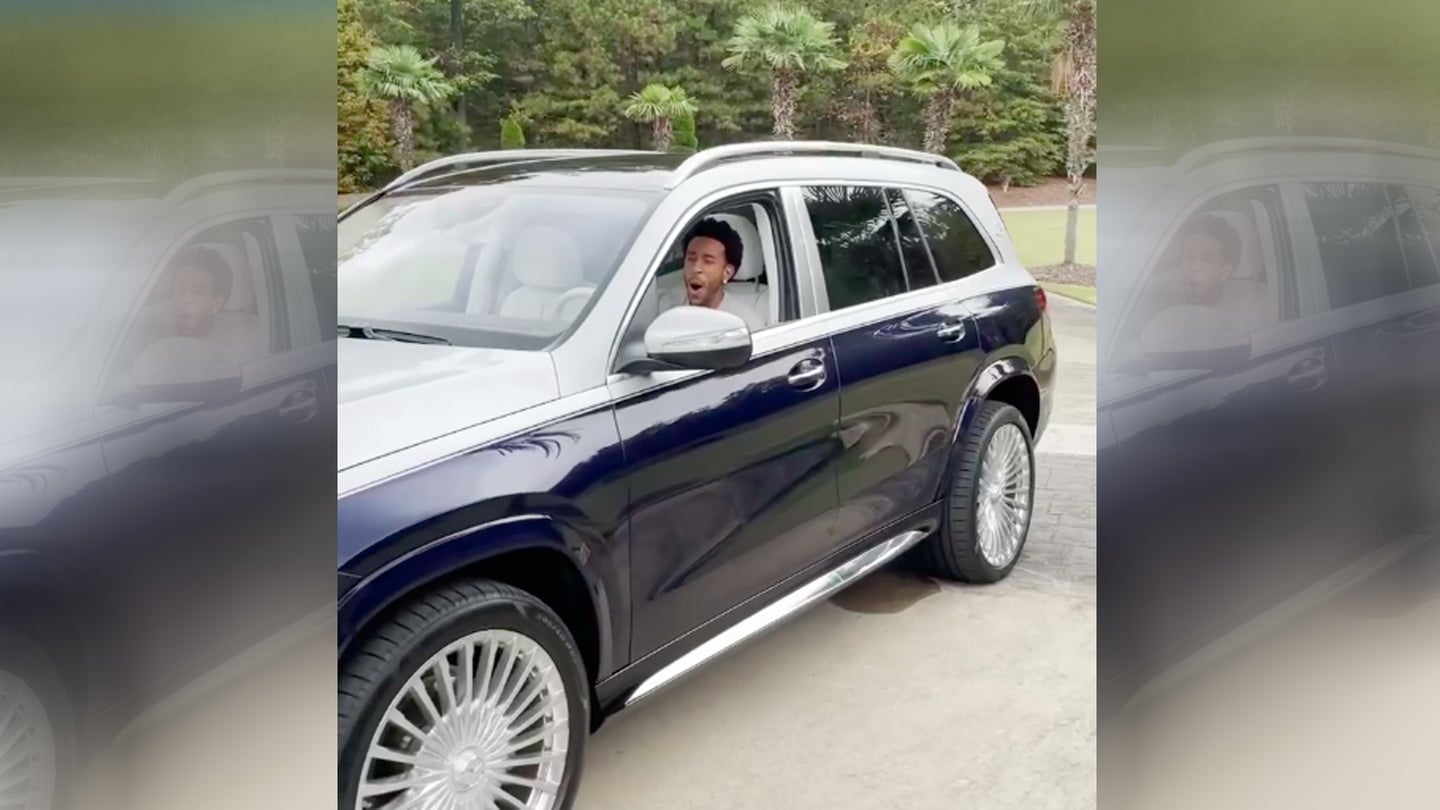 The 2021 Mercedes-Maybach GLS600 SUV isn't even at dealerships yet, but award-winning hip-hop artist and actor Christopher “Ludacris” Brian Bridges already has his, and was seen showing off the superlative air suspension on his Instagram yesterday. It has been 18 years since he first hit the screen as Tej Parker in The Fast and the Furious film series, and it fits that his real-life persona matches his movie character in terms of passion for exquisite cars.

“Woo! That’s the car doin’ that,” he shouts out with glee as the car bounces rhythmically. Like a kid in a candy store, the caption reads.

Now 43, the Atlanta-based artist has an envy-inducing set of vehicles in his garage, including a neon green Aston Martin, a must-have Lamborghini, and a… 1993 Acura Legend? Yep, Ludacris still has the car he was driving before he rocketed to success in 2000. The “Ludacris Legend”, as it’s called, has 255,000 miles on it and giant Alpine subwoofers in the trunk.

The new Maybach is the star this week, and it’s gorgeous, clad in a two-tone color scheme and Nappa leather inside. The Mercedes-Maybach GLS600 is the first SUV in the Maybach lineup, starting at $161,550 (although I suspect Luda’s version is bespoke at a higher price tag). It arrives at your door chauffeur ready with two rows.

Rear passengers have a folding table, seven-inch personal tablet, and a wood shelf that has been aged ten years or more between them and the cargo area. If you decide to order one of these deluxe SUVs yourself, you might go all the way and opt for the refrigerated storage compartment with champagne flute holders.

Ludacris’ Maybach would have also come standard with ambient lighting with 64 colors, reclining heated and ventilated seats, and even heated and cooled cup holders. It even has its own signature fragrance.

Other highlights of the Maybach GLS600 include a 4.0L V8 biturbo engine generating 550 hp and 538 lb-ft of torque, nine-speed automatic transmission, powered running boards, all-wheel drive, and advanced driver-assist features. The brand says it can achieve a not-too-shabby 0–60 mph in 4.8 seconds, too.

I love seeing a movie star who has worked as hard as Luda enjoying the spoils of his work, and he’s a good guy. He started The Ludacris Foundation in 2001 to support kids and families, not long after he was signed with Def Jam. Looks like he’s enjoying his new SUV as a true enthusiast should.