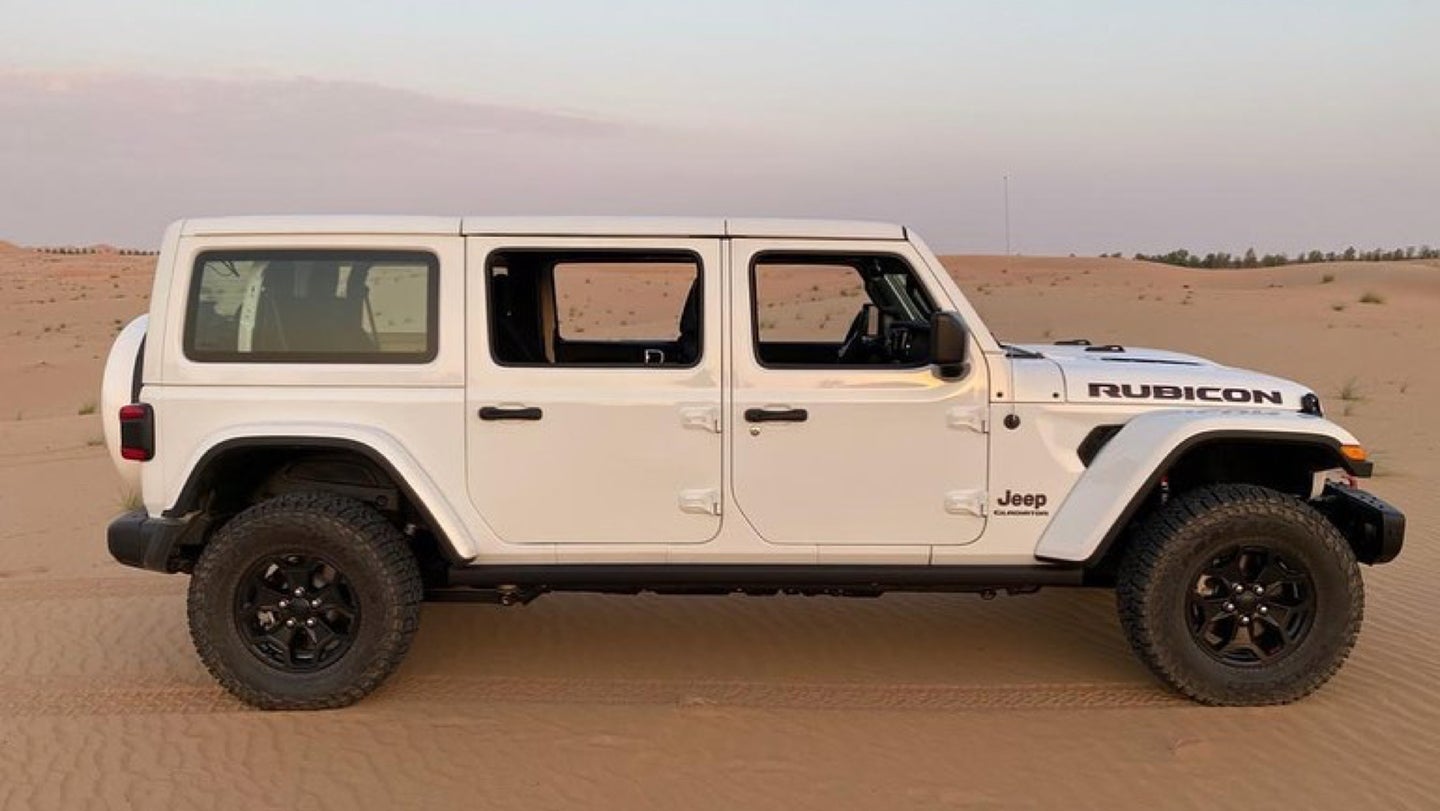 Everybody's got a three-row vehicle for the whole (possibly extended) family nowadays, but most of them are crossovers that aren't exactly enthusiast favorites. What's an off-road fan to do?

It's hard to tell this is even a custom build from the side. The back doors were elongated to make getting in and out a bit easier. The second row now features a pair of captain's chairs with a middle pass-through to the third-row bench seat.

Aside from roll bars that curve into the head space for the third-row passengers, few clues were left behind that this isn't something that left the Jeep factory. We'd recommend putting the shortest passengers in the back anyway, since they'd have the easiest time climbing into the third row.

The museum has all kinds of incredible off-road builds, including an extra-long Ram 4500 pickup that mesmerized the entire staff of The Drive a while back. Seriously—put the tarp and a lot of water in, and you could hold an entire redneck pool party in that bed.

Maybe they'll surprise us and make a three-row party Gladiator with an extra-long bed, too? The sheikh already holds the Guinness World Record for the world's largest collection of 4x4 vehicles, so what's one more?

Correction: Wednesday, October 14, 2020, 10:38 a.m. ET: A previous version of this story incorrectly stated that they used a Gladiator chassis for this conversion, but the wheelbase doesn't match up and the Instagram posts even say JL, which is a Wrangler generation. This has been corrected. [H/T etdweasel on Twitter!]

The gargantuan bed is nearly long enough for lap swimming—and yes, they’ve got a tarp.