If you just want to go fast, why not let Mopar put the car together for you? 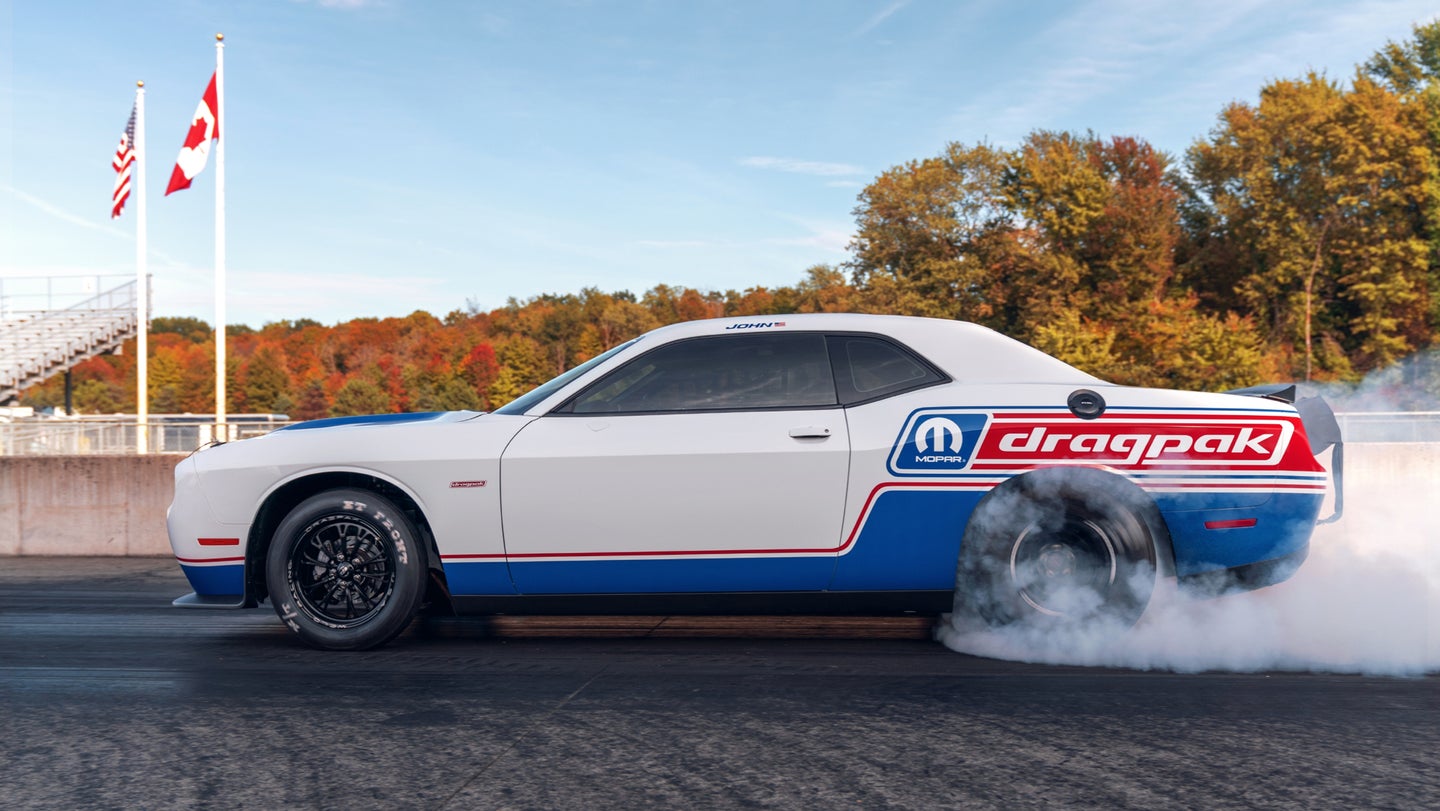 Only 50 lucky buyers will get the chance to buy the new 2021 Dodge Challenger Mopar Drag Pak, but they'll get the fastest, most powerful Drag Pak ever made.

The Mopar Drag Pak is a turn-key package for sportsman drag racers competing in National Hot Rod Association and National Muscle Car Association events. You order the car, and Dodge gives you a ready-to-race package.

The 2021 Dodge Challenger Mopar Drag Pak is just as powerful as you'd expect, with a 354-cubic-inch Gen-III Hemi V8 with a 3.0-liter Whipple twin-screw supercharger on top.

The engine is based on the one that won the 2018 NHRA Factory Stock Showdown and NMCA Factory Supercar championships. In addition to the supercharger, it has forged internals, a new front accessory drive and even an aluminum ice tank to cool the supercharger intercooler. The entire setup has been fully validated by Mopar engineers on the dyno and on the drag strip.

That engine is controlled by a programmable Holley Dominator Electronic Fuel Injection vehicle management system. A Racepak Smartwire Distribution Module controls all of the vehicle's electrical components with solid-state electronics, thus eliminating the need for fiddly fuses and relays.

Exact power and torque figures weren't listed, but given that it is a ready-to-race car, I'm sure that will inevitably by tweaked and tuned by owners. What Dodge does include is a roll cage that's NHRA-certified for quarter-mile elapsed times as low as 7.50 seconds. It's built to SFI Specification 25.5C using fully TIG-welded 4130 chromoly tubing, and is integrated into the unibody through attachment points on the front and rear shock towers, rocker panels, B-pillars and vehicle floor. Axle-mounted wheelie bars are also standard.

A good ET isn't all under the hood, though, so Mopar designed an all-new four-link rear suspension specifically for hard drag launches. The new Drag Pak has longer control arms to increase the length of the rear swing arm for better stability and squat control. There's a wishbone link for better lateral control as well as a larger anti-roll bar that's 250% stiffer than those on previous Drag Paks.

The front of the Drag Pak was designed to make it easy to service the engine. A unique Mopar K-member includes solid engine mounts and a cutout that makes removing the oil pan easier. This year's Drag Pak features new double-adjustable Bilstein coilover shocks at all four corners that are only found on the Drag Pak. In addition to riding over bumps on track, the suspension is tuned to improve the car's response to hard launches. Ten settings for compression and rebound damping makes it easy to tune the shock absorbers for different tracks.

The car also features Strange Engineering Pro Series II racing brakes on both axles and a 10-foot parachute mounted to the frame rails for when the run is over. Mickey Thompson drag radial tires come standard regardless of which of the two wheel and tire packages you pick.

Inside the car is all function. Only three gauges for RPM, brake pressure and oil pressure sit behind the steering wheel on the carbon fiber dashboard. A 7-inch, low-glare Holley EFI Digital Dash touchscreen display is mounted in the middle of the dash to make it easy to manage the Drag Pak's performance.

Buyers get a choice of Racetech composite racing seats and HANS-compatible, FIA- and SFI-compliant camlock racing harnesses. The seats and pedals have adjustable mounts and the car comes with a quick-release steering wheel. There's also a mechanical floor shifter made for drag racing. Even the carpeting weighs less than the regular Challenger's.

The design is full of nods to prior Drag Pak cars, featuring plenty of red and chrome badging including a serialized badge on the passenger side that denotes which of the 50 Challenger Mopar Drag Paks this is. Graphics are available in full-color or monochromatic versions.

The limited-production cars are serialized, but don't come with a VIN. Sorry—you can only take this one to Whataburger on a trailer. Off of that trailer, the engine combination has already been approved for NHRA Factory Stock Showdown and NMCA racing classes, though, so that's a fair trade-off.

Since very few of these cars will be made, interested buyers are being told to contact the Dodge SRT Concierge +1 (800) 998-1110 now to register for the "opportunity" to order one at the MSRP of $143,485. Those order reservations officially open on Sept. 9, 2020, and Dodge plans to accept them on a first-come, first-served basis. Production will start in the first quarter of 2021. 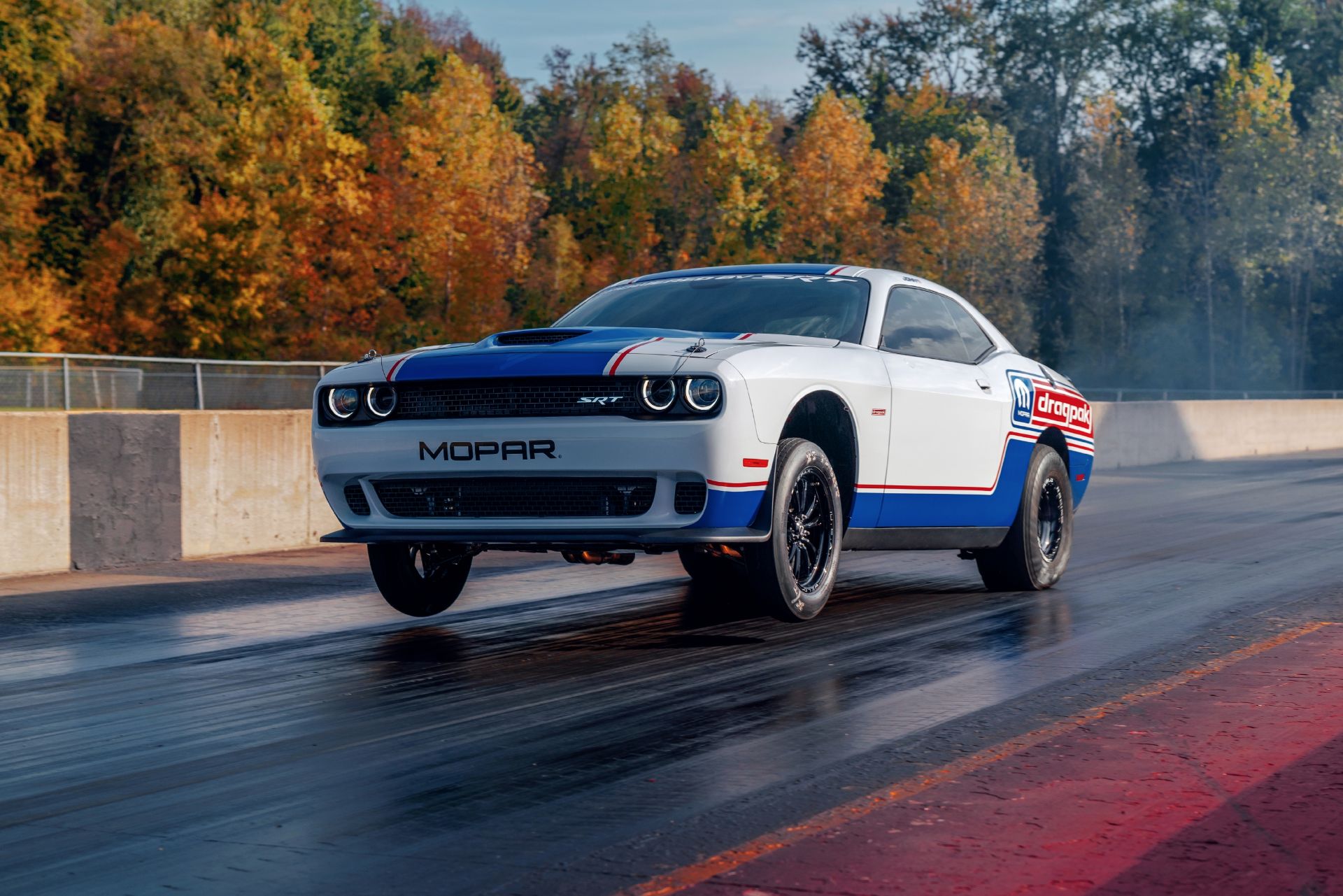 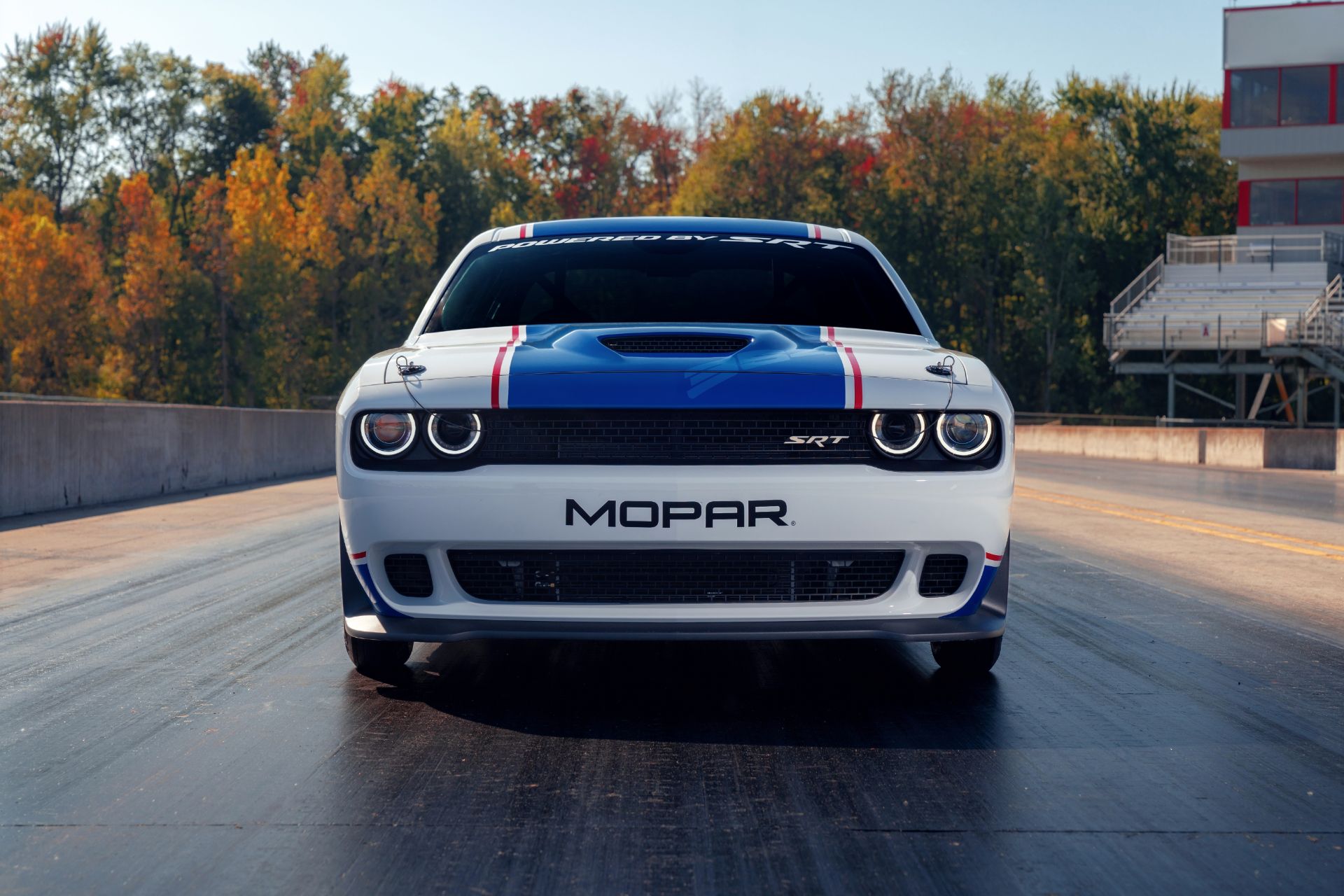 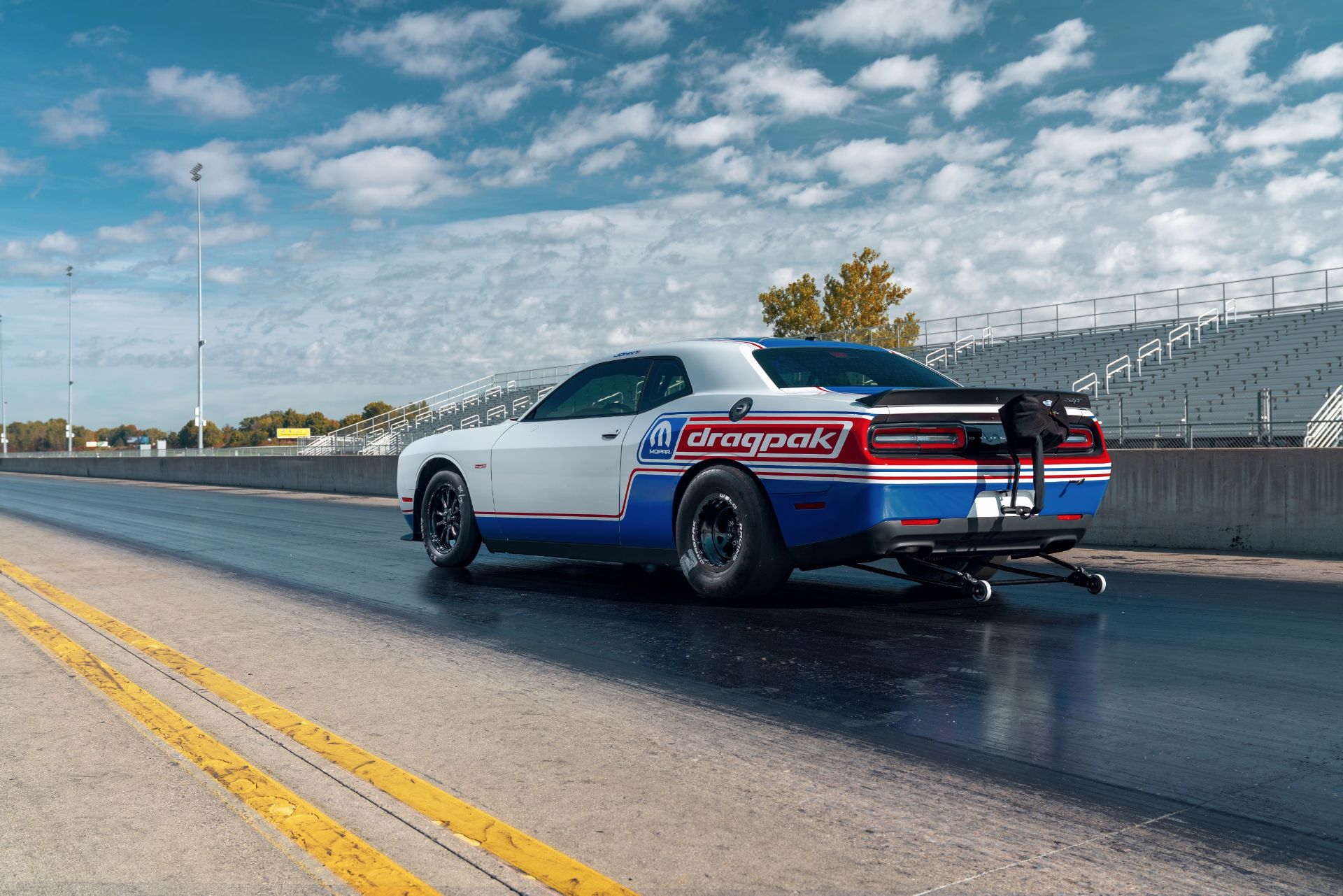 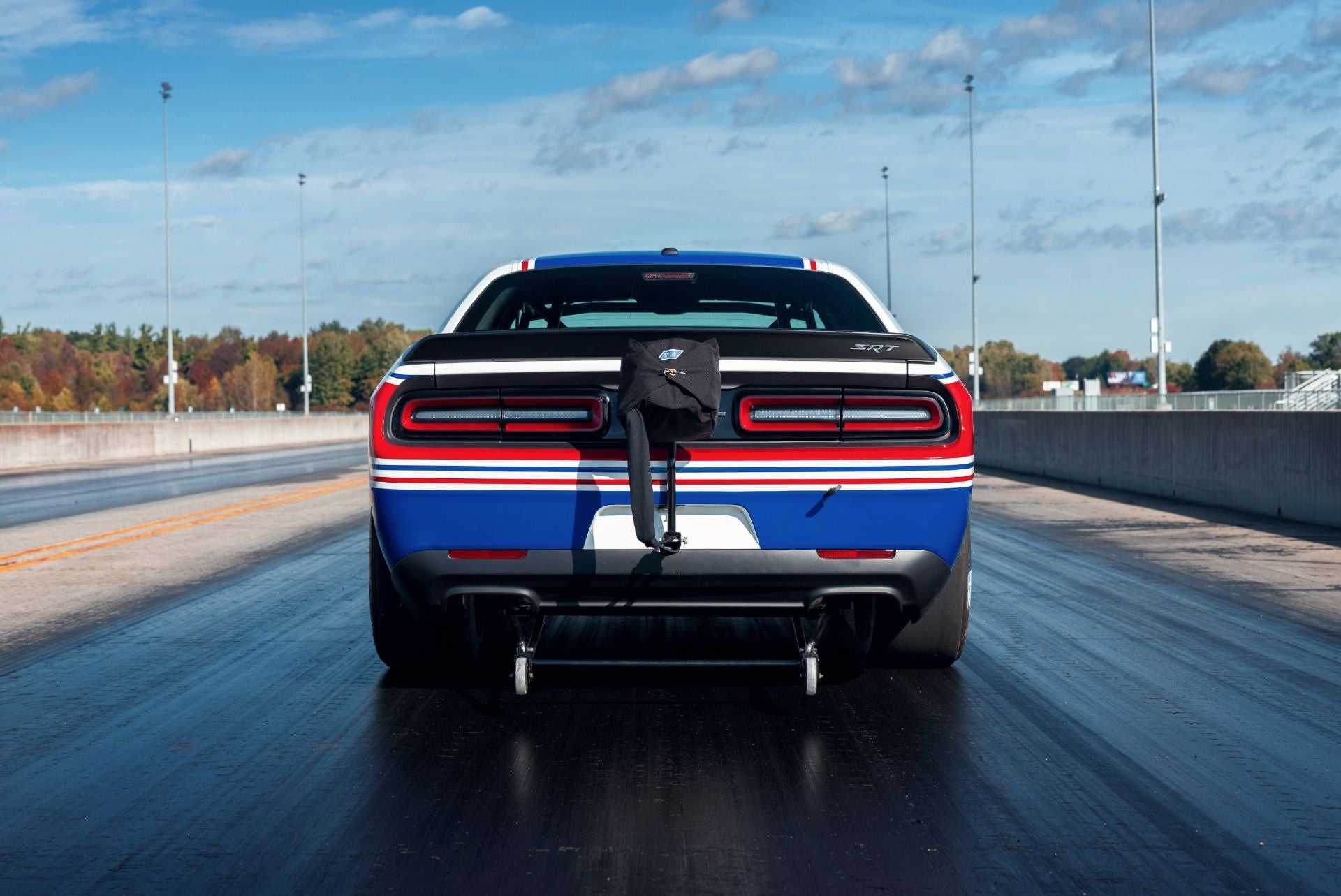 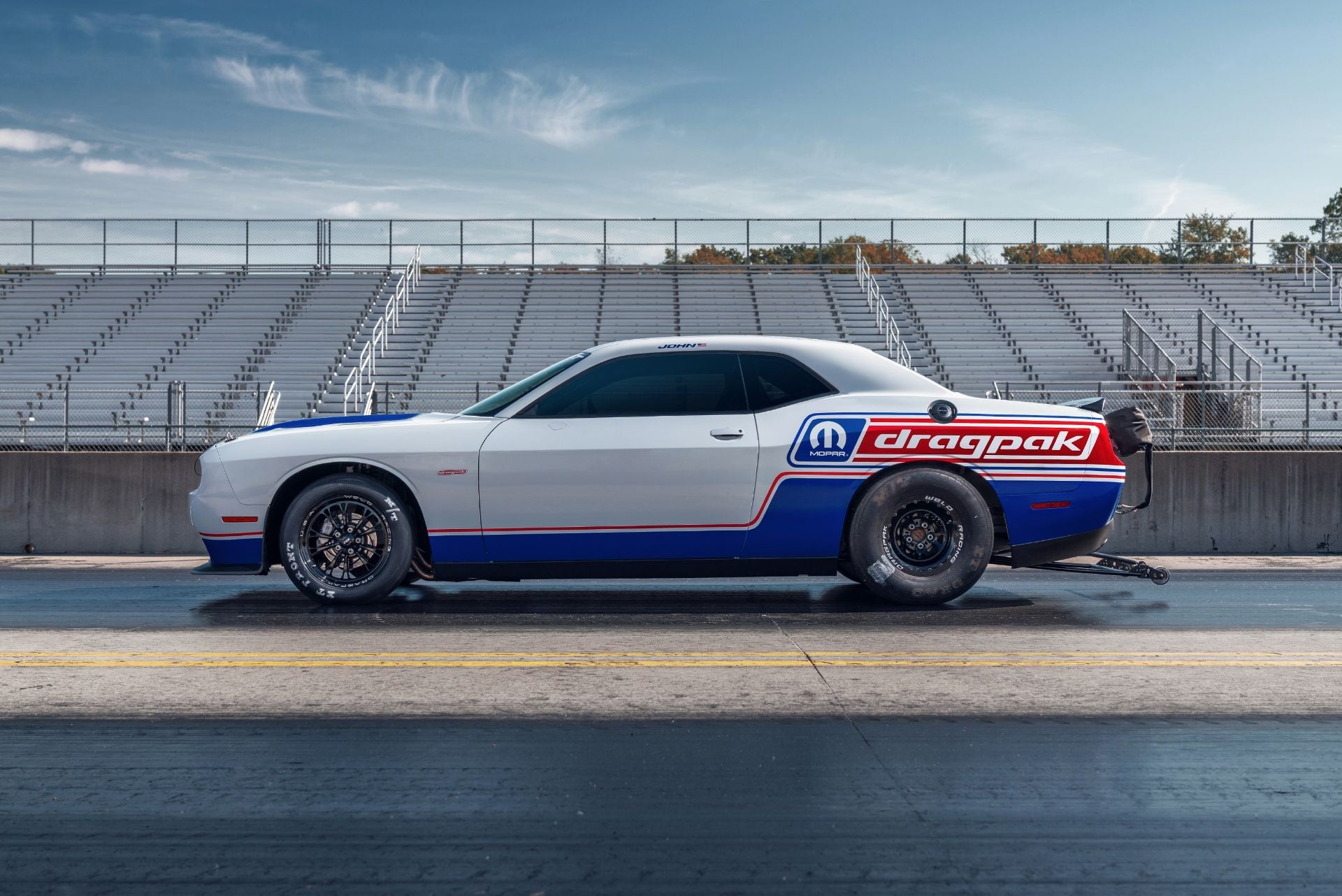 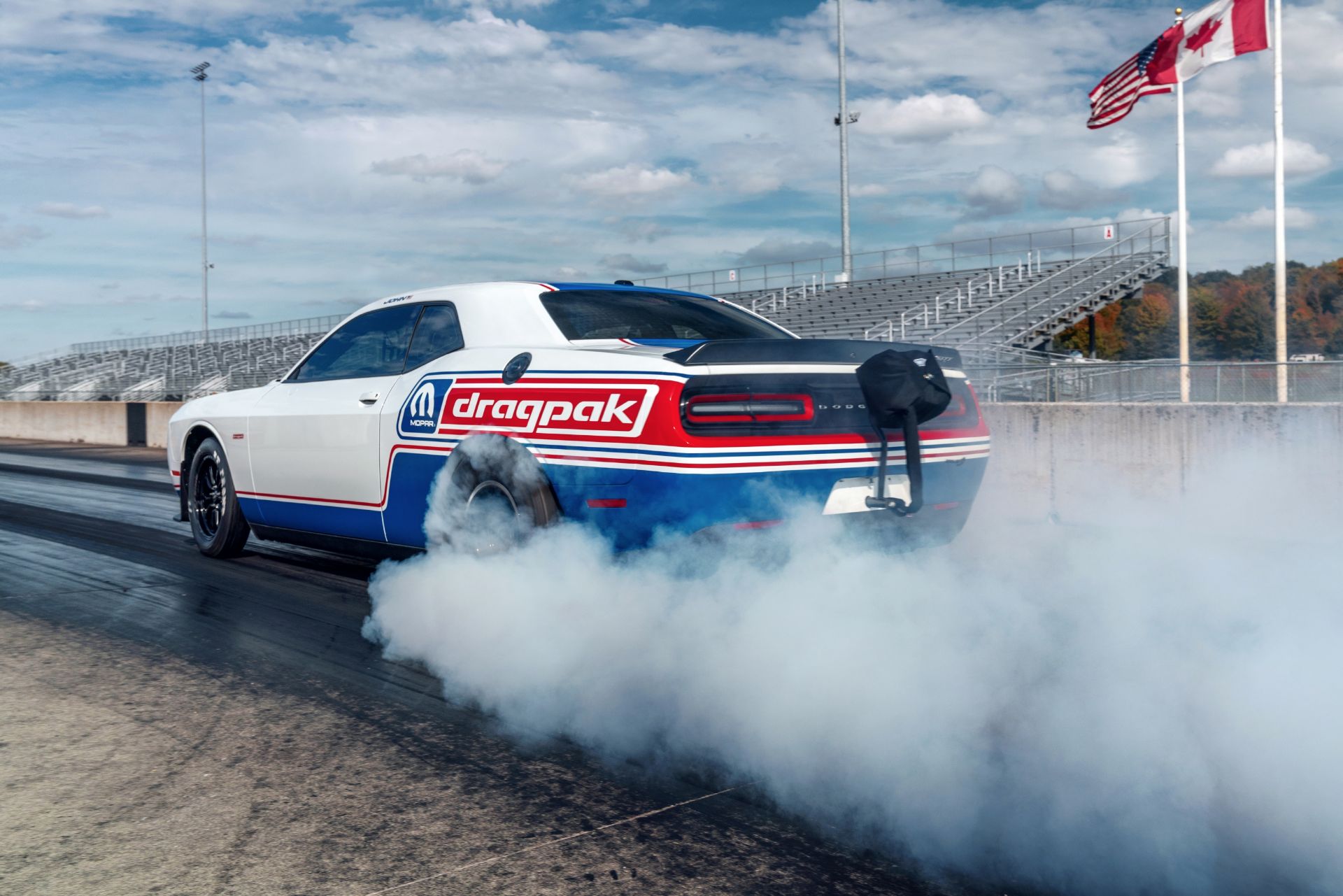 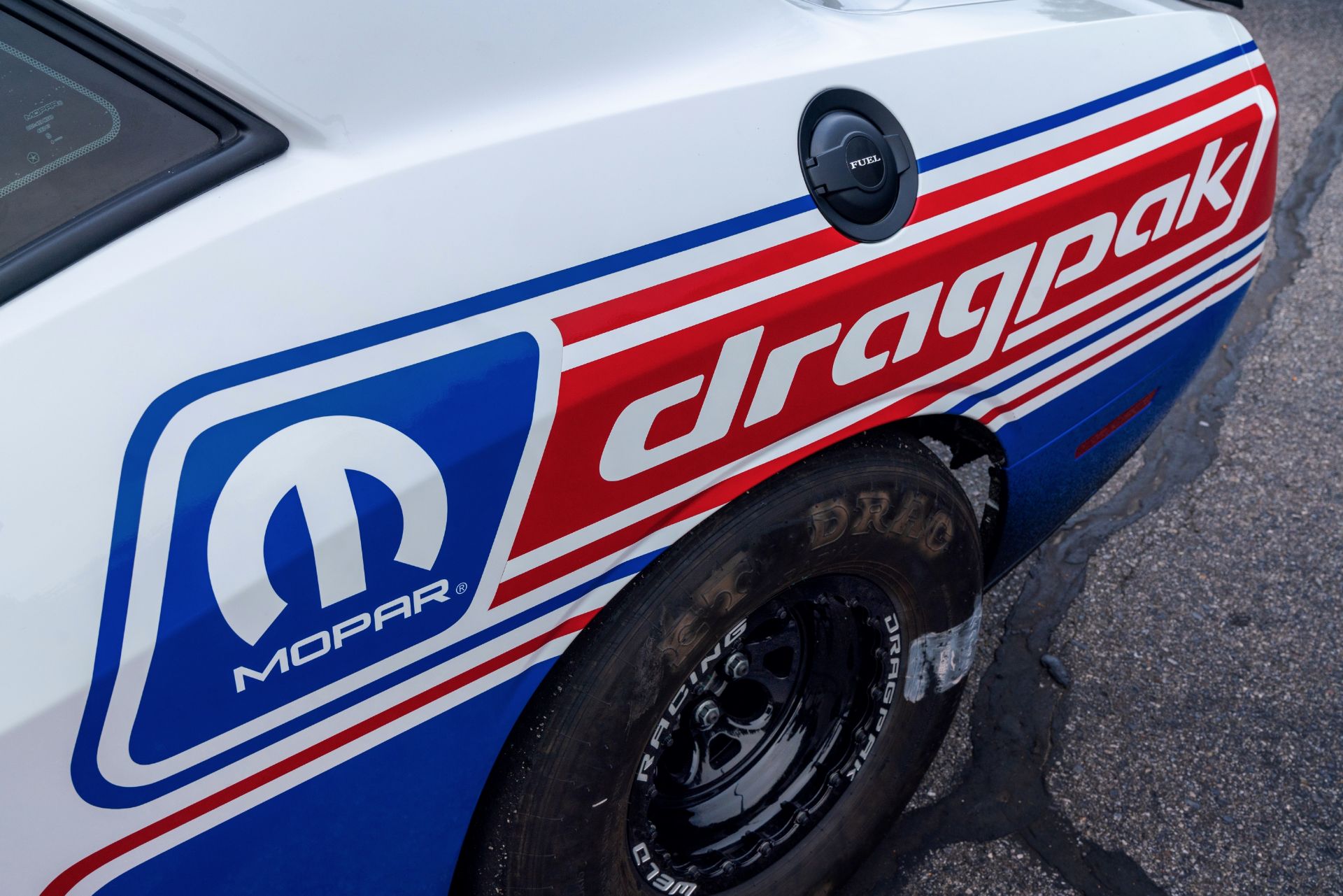 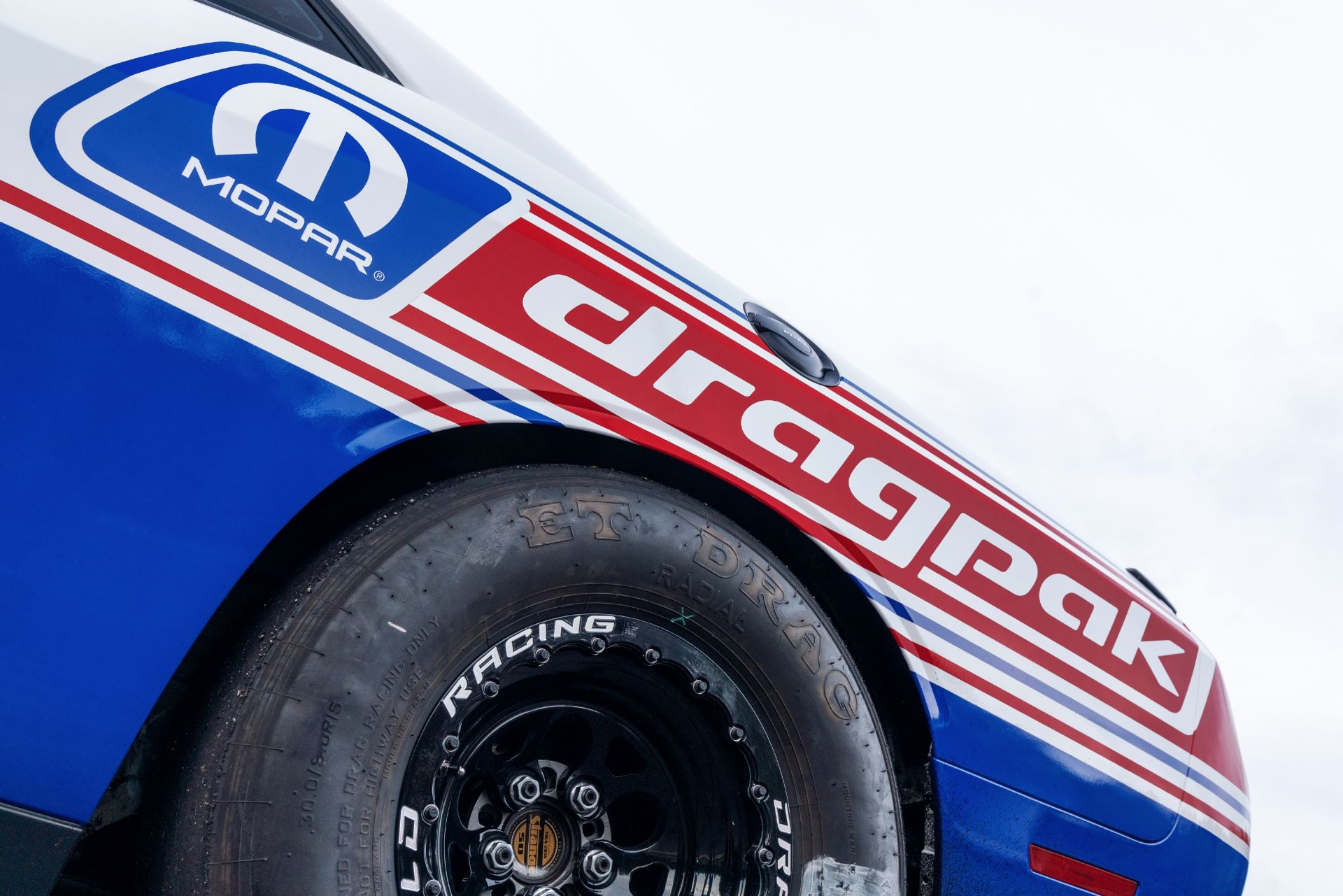 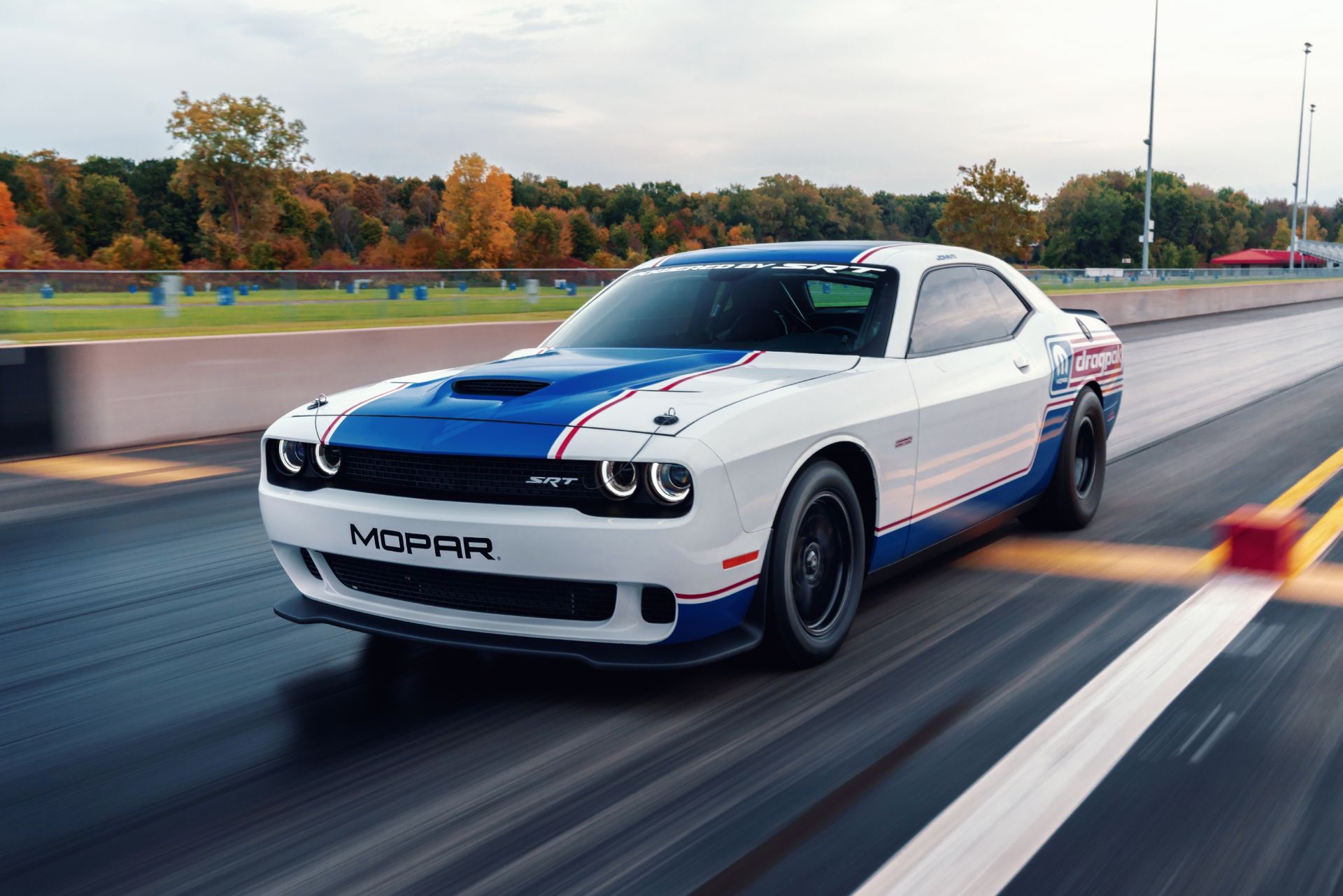 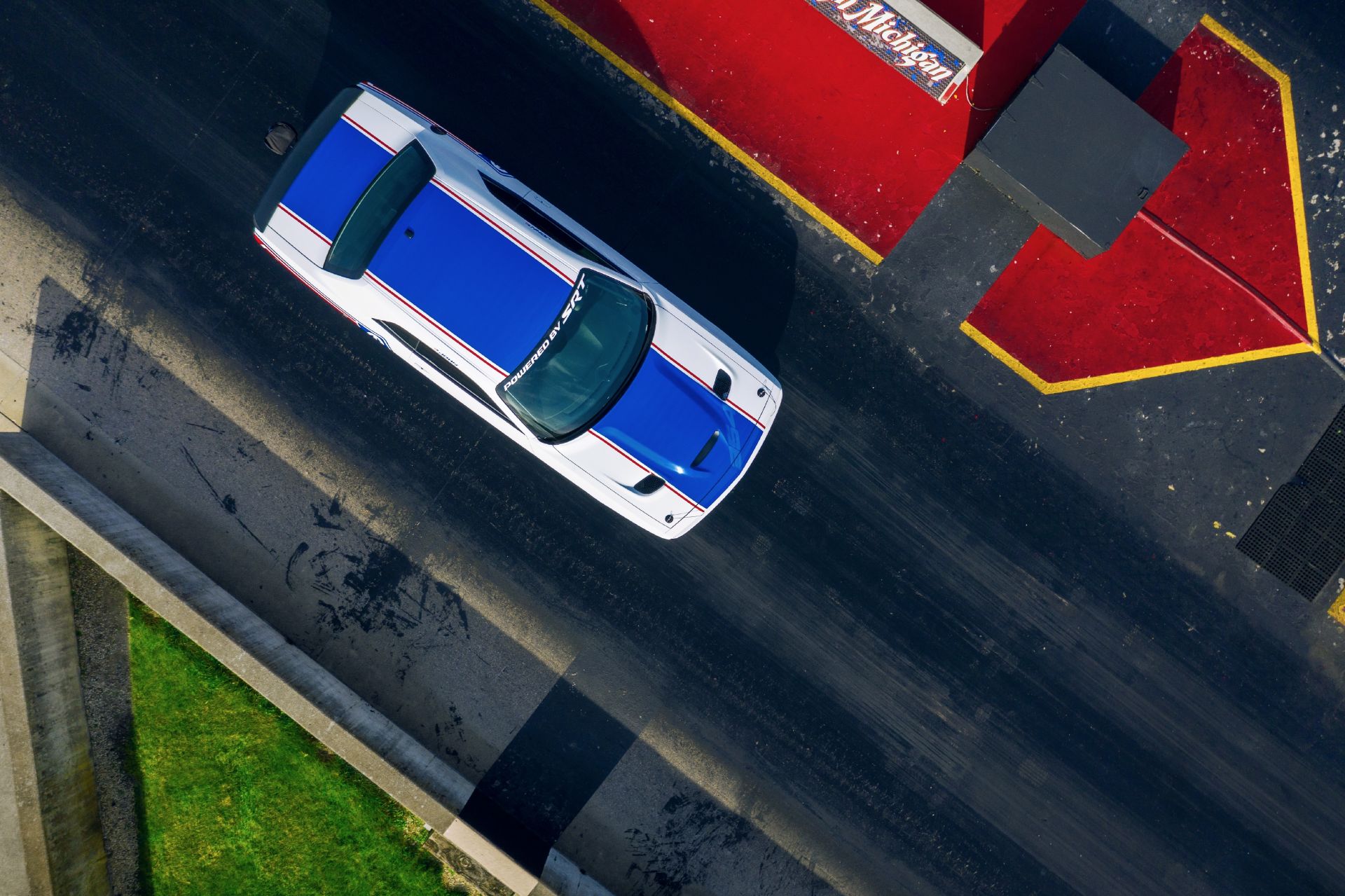 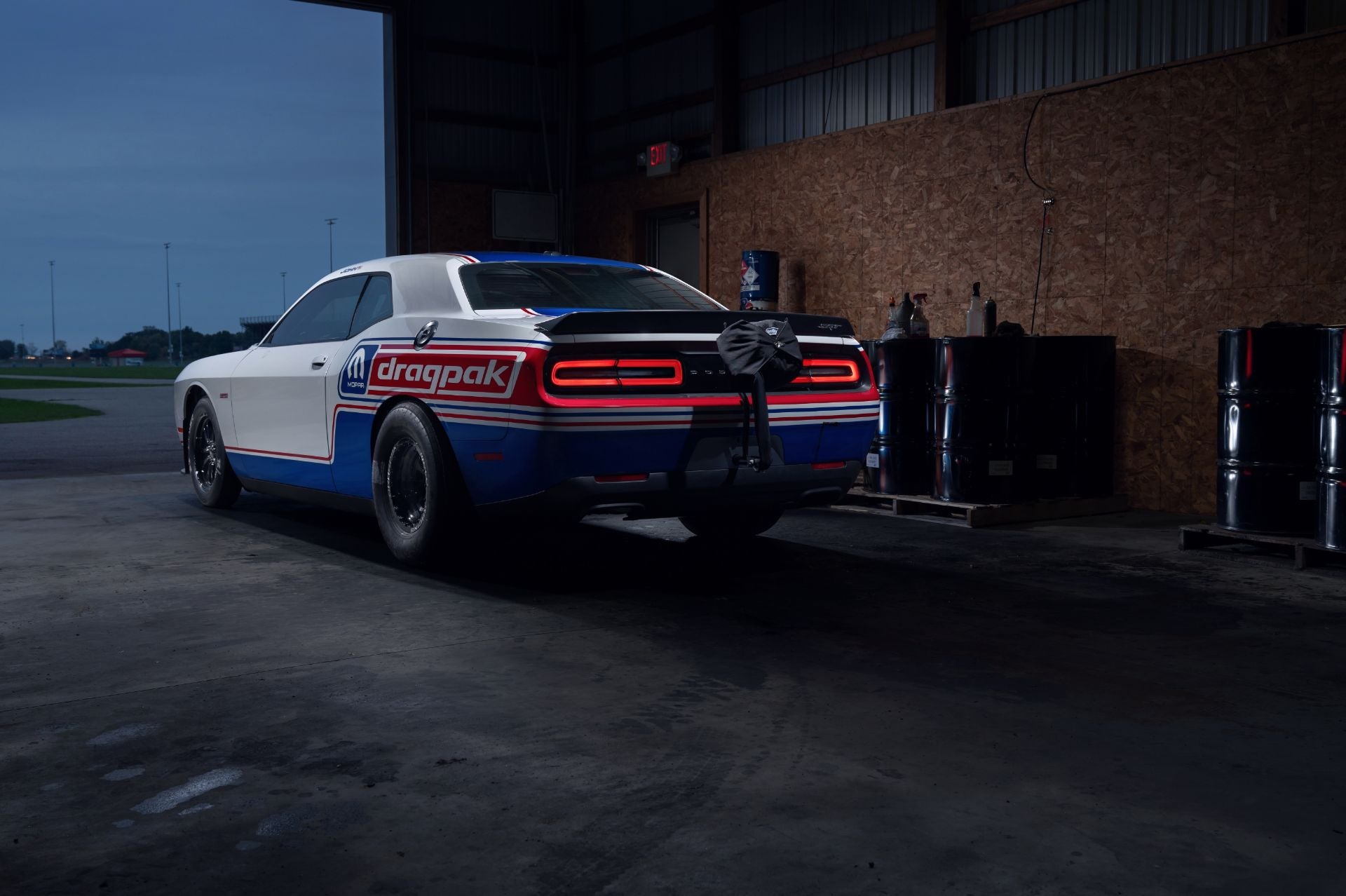 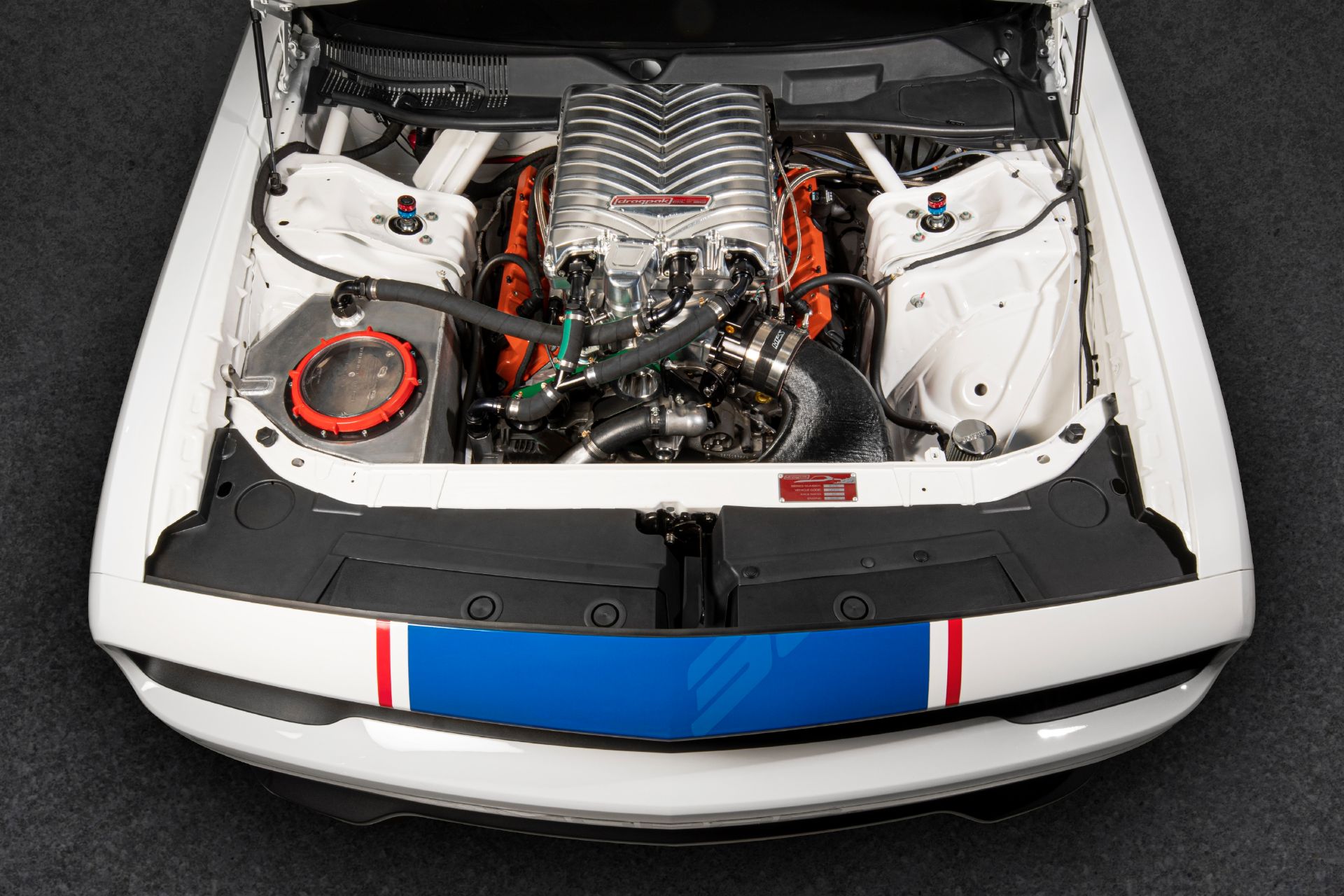 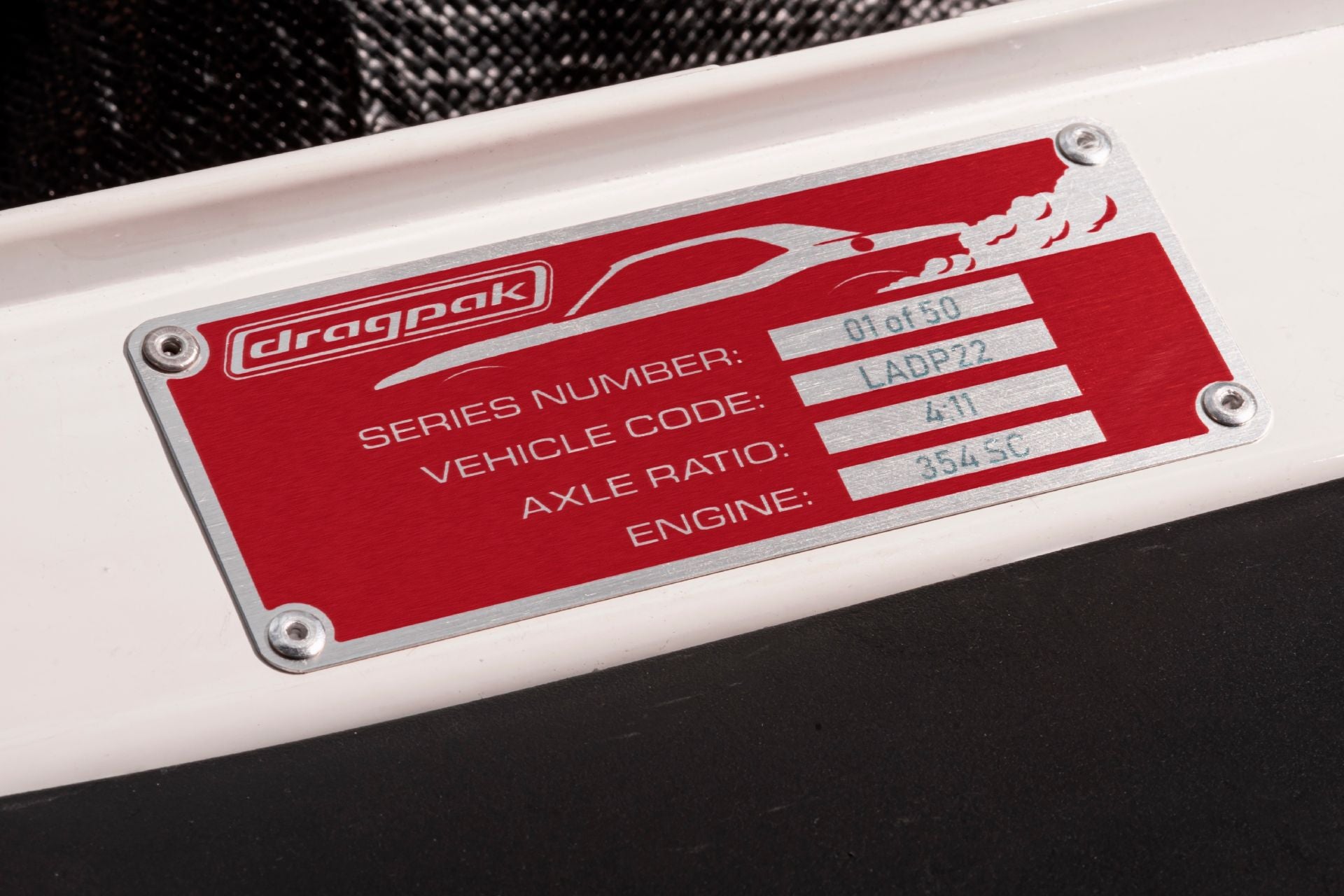 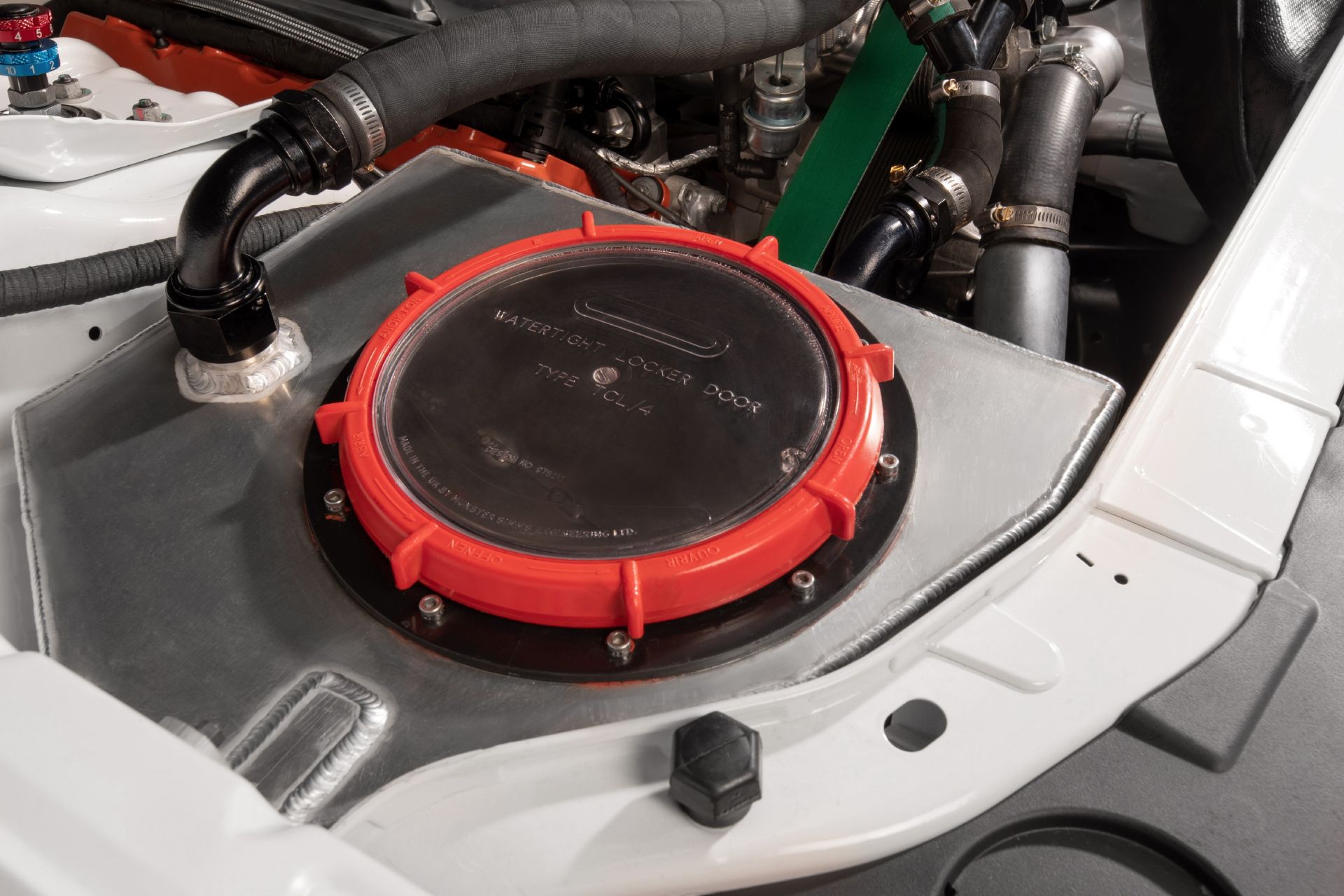 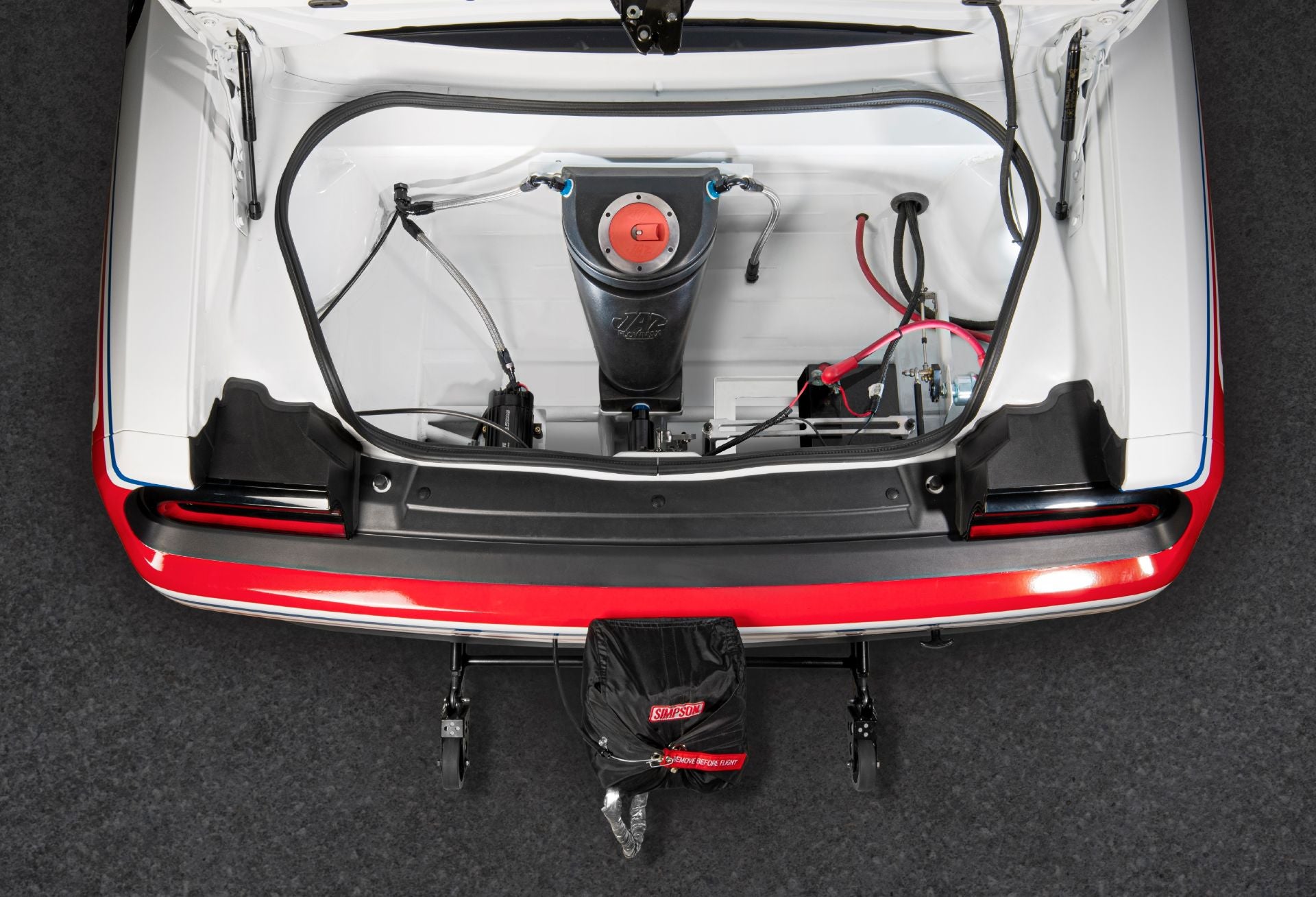 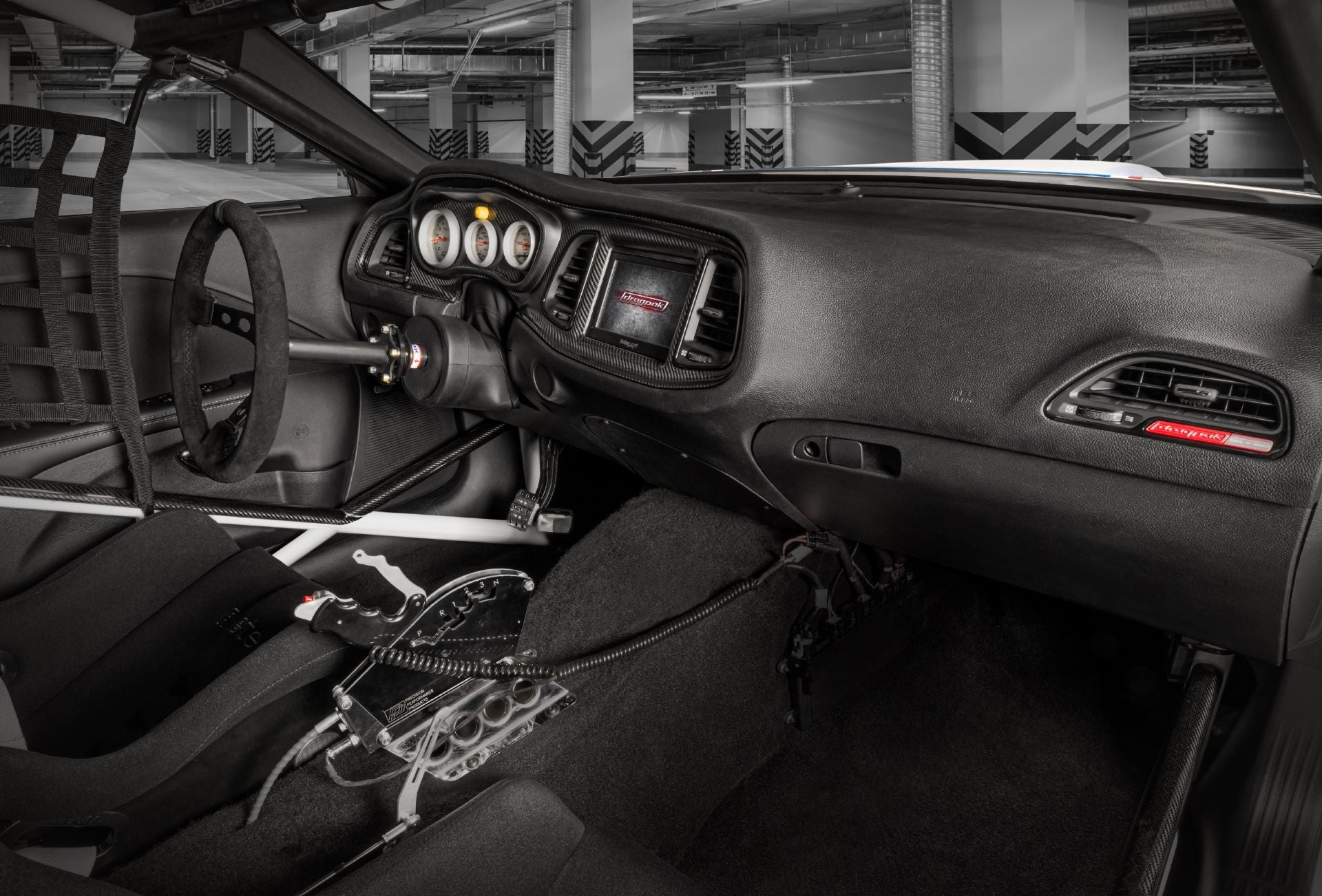 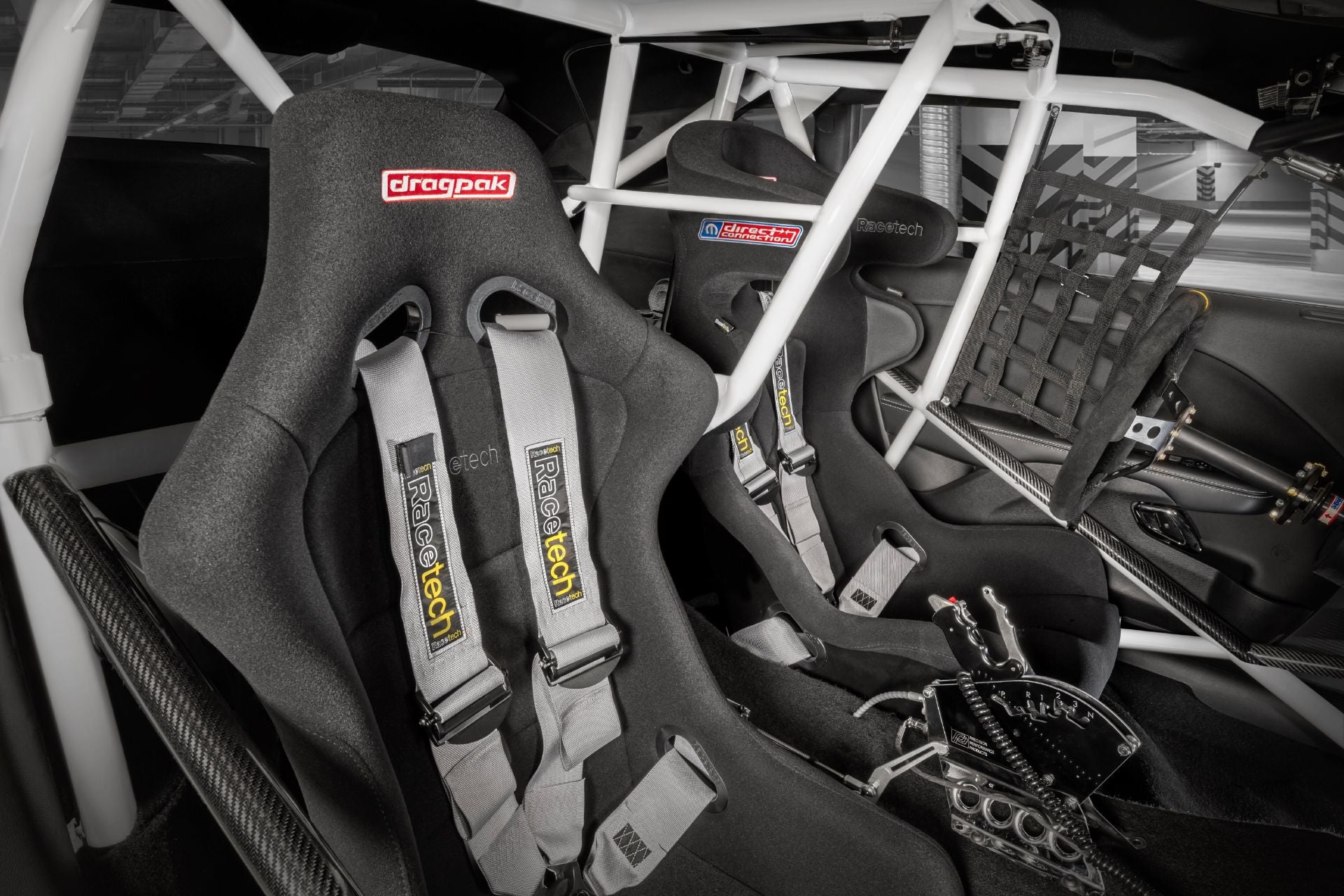 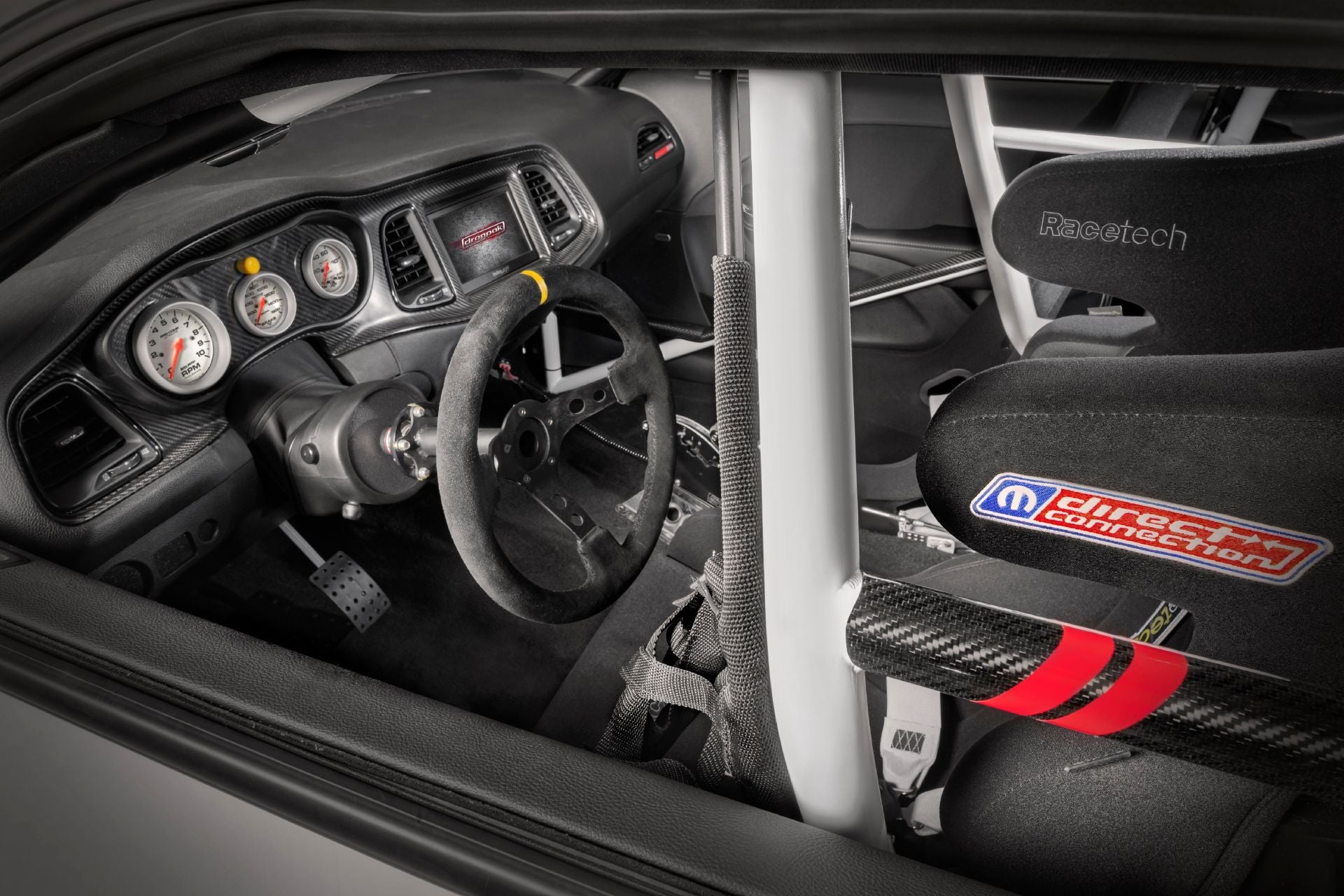 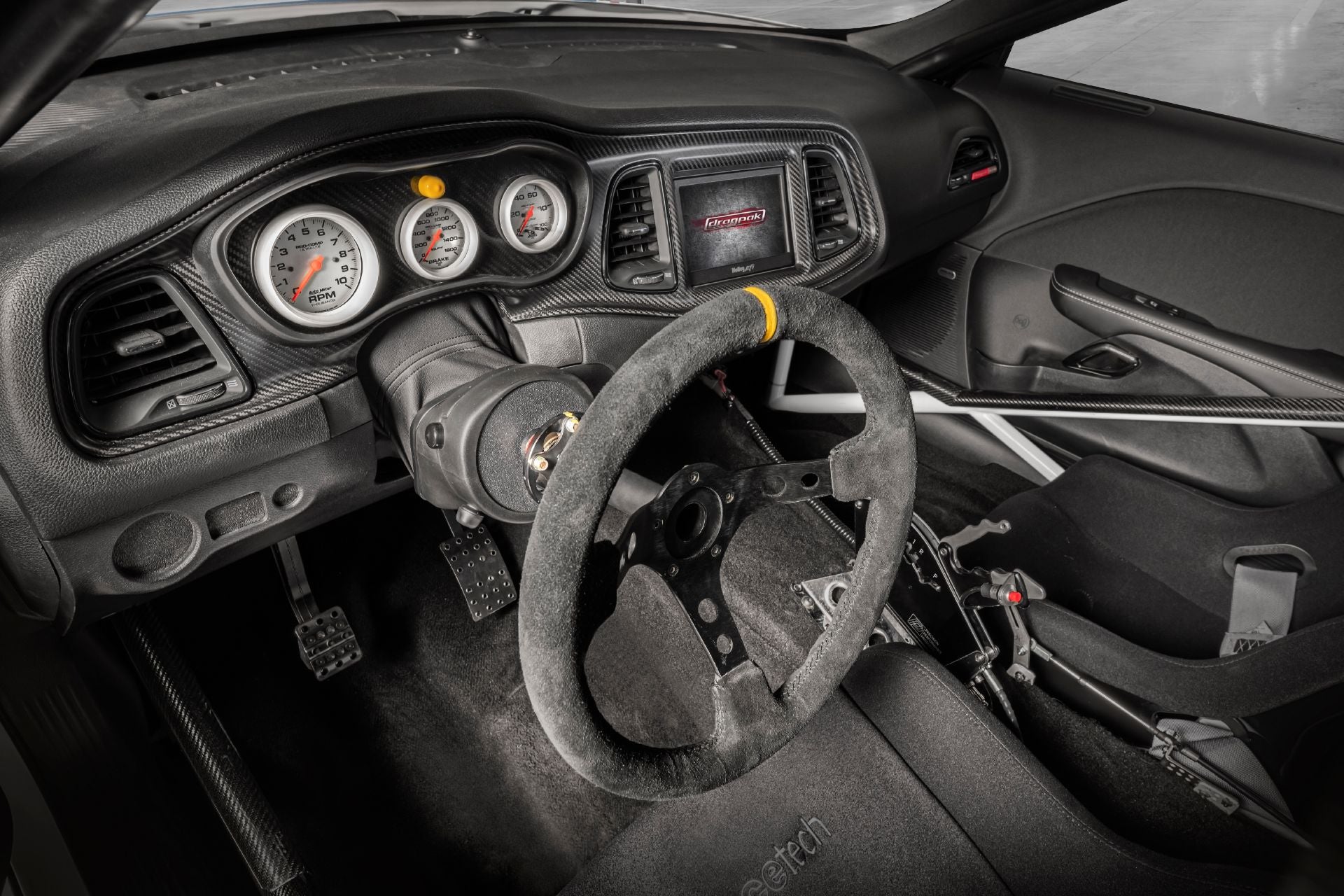 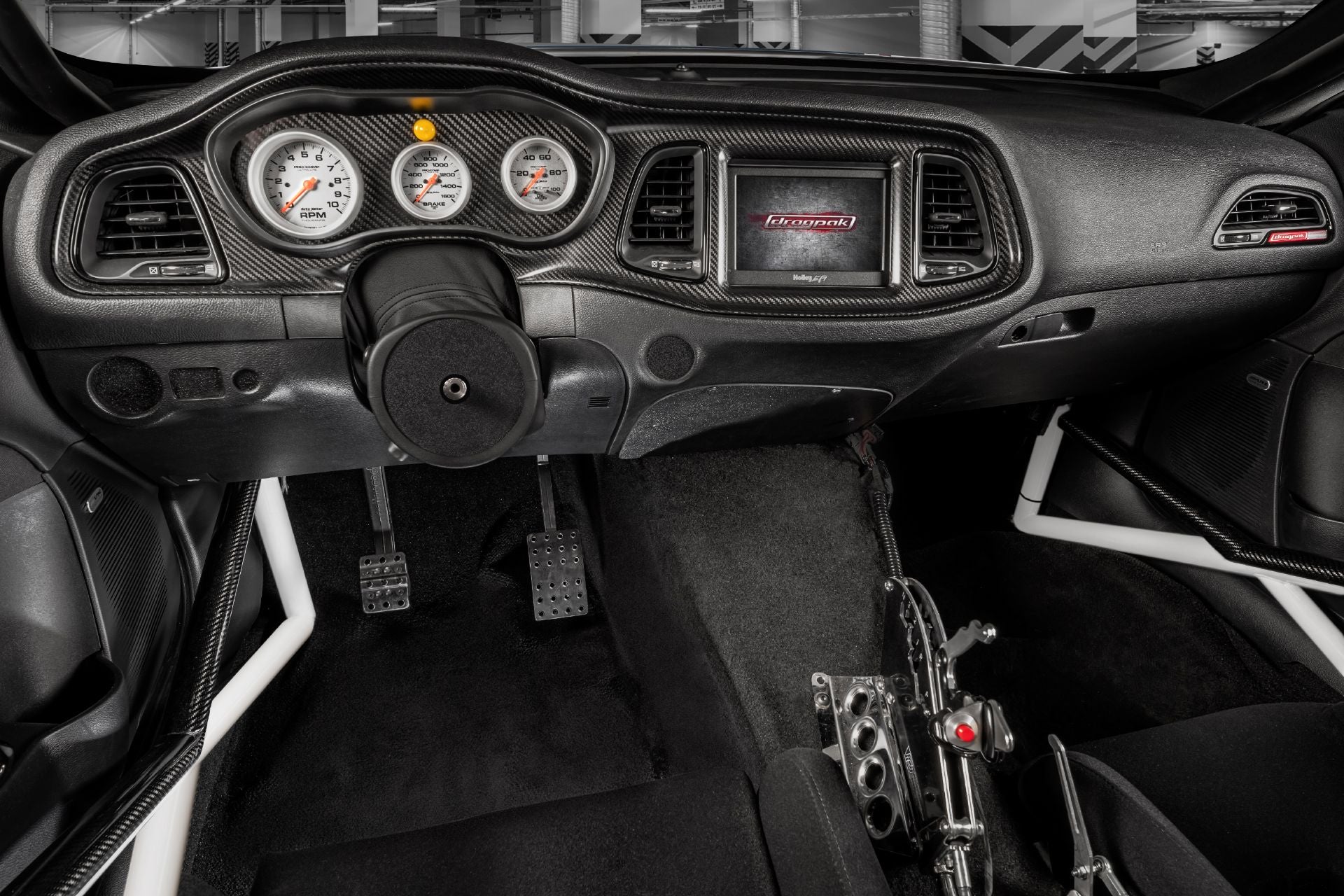 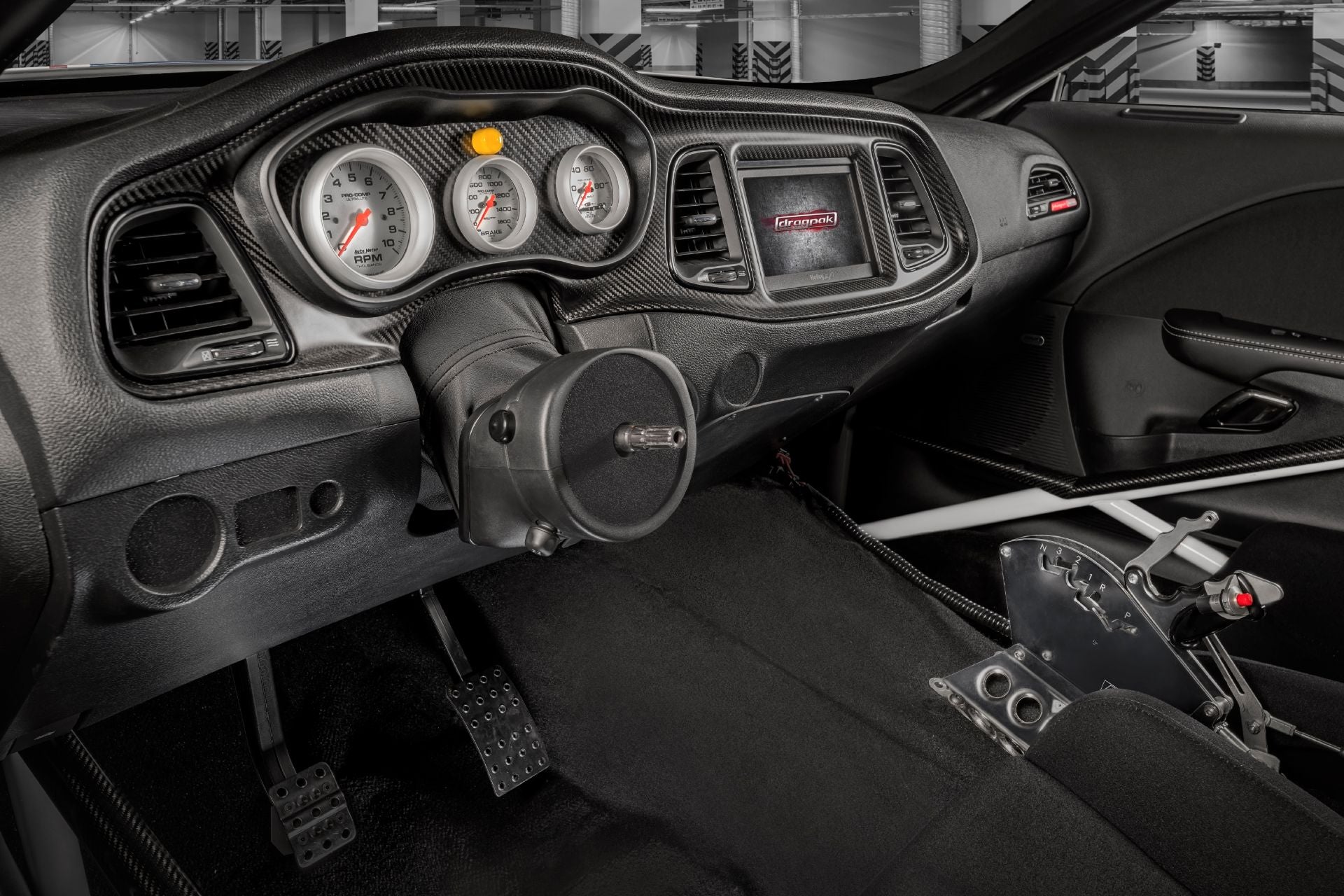 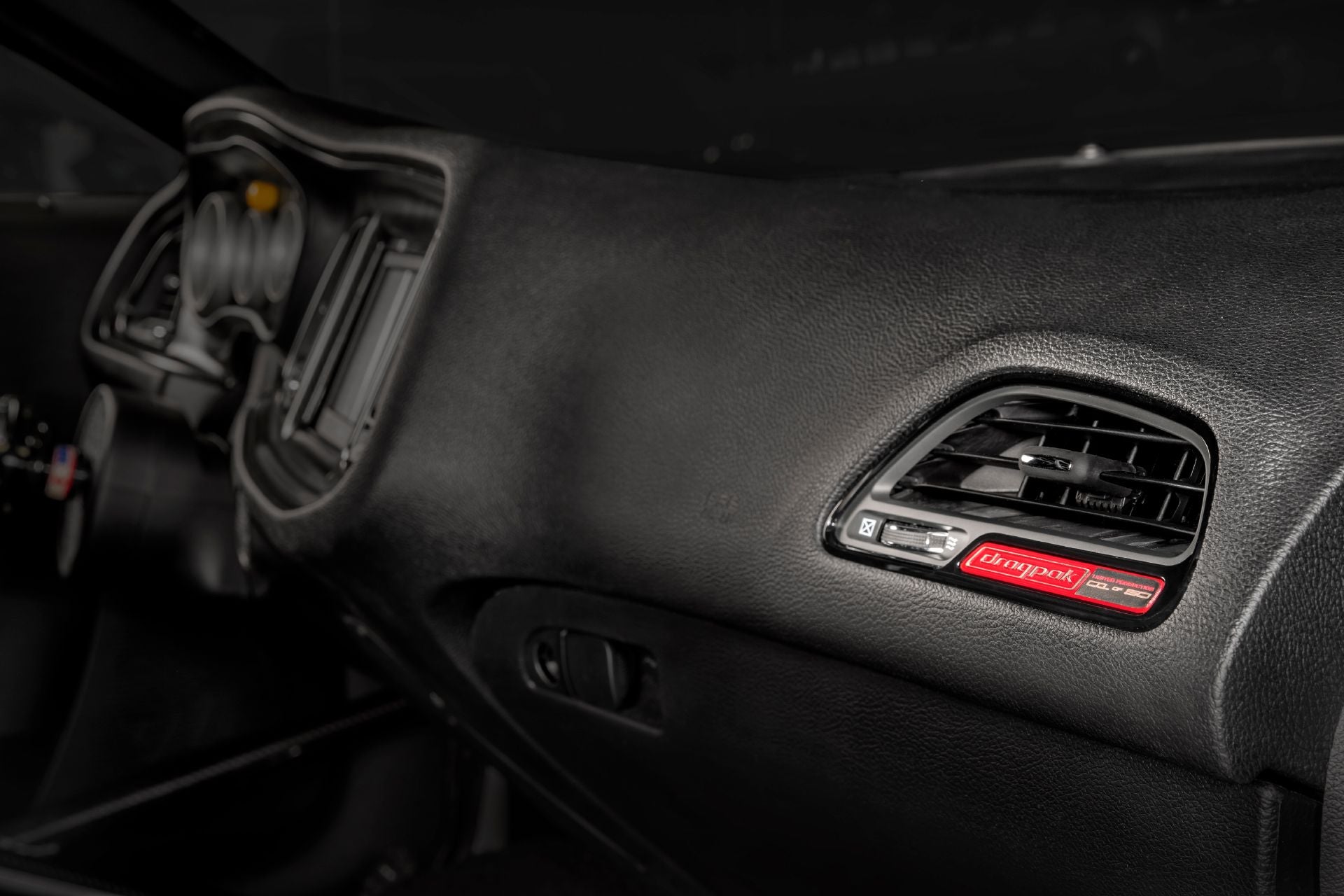 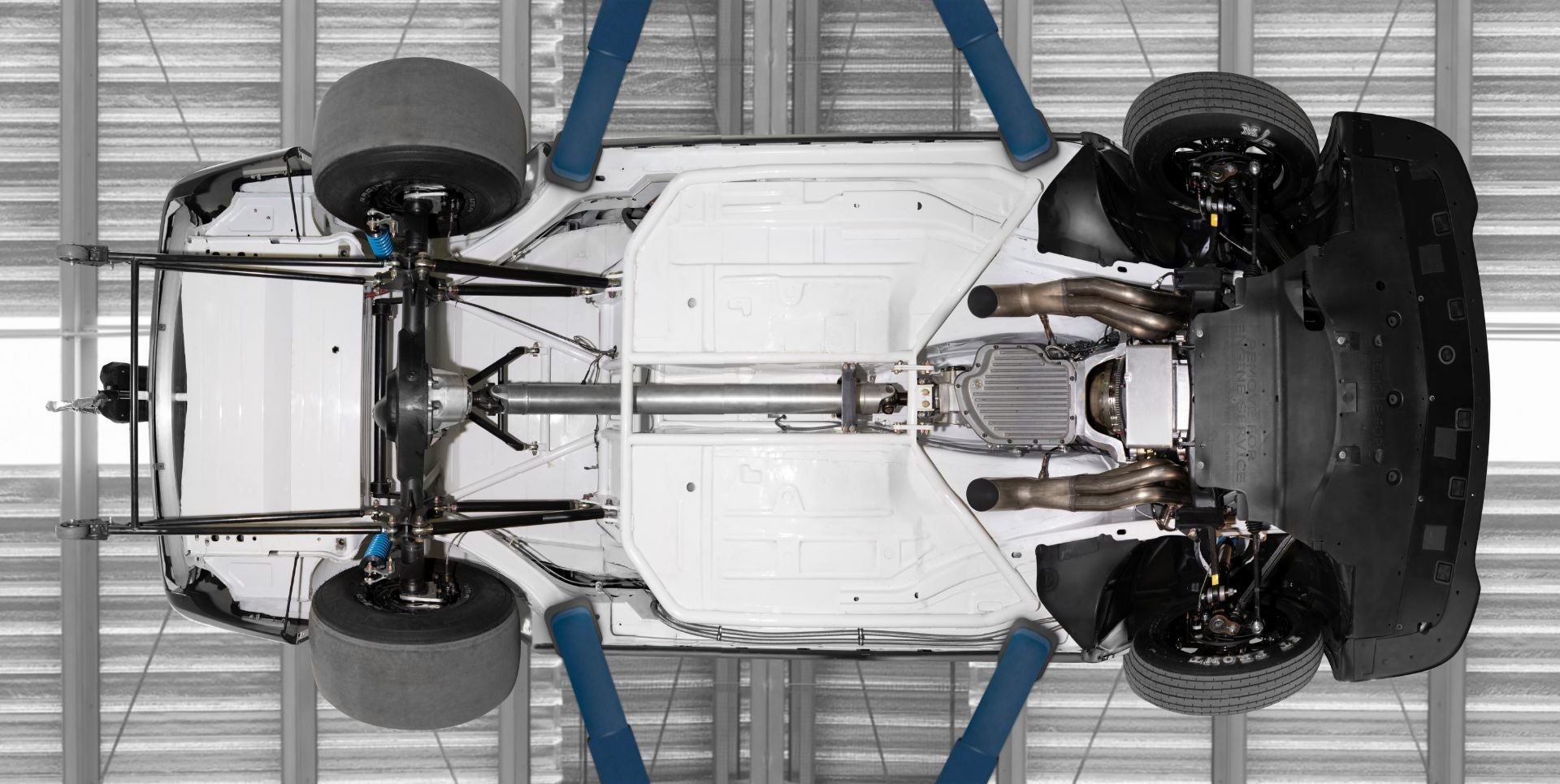