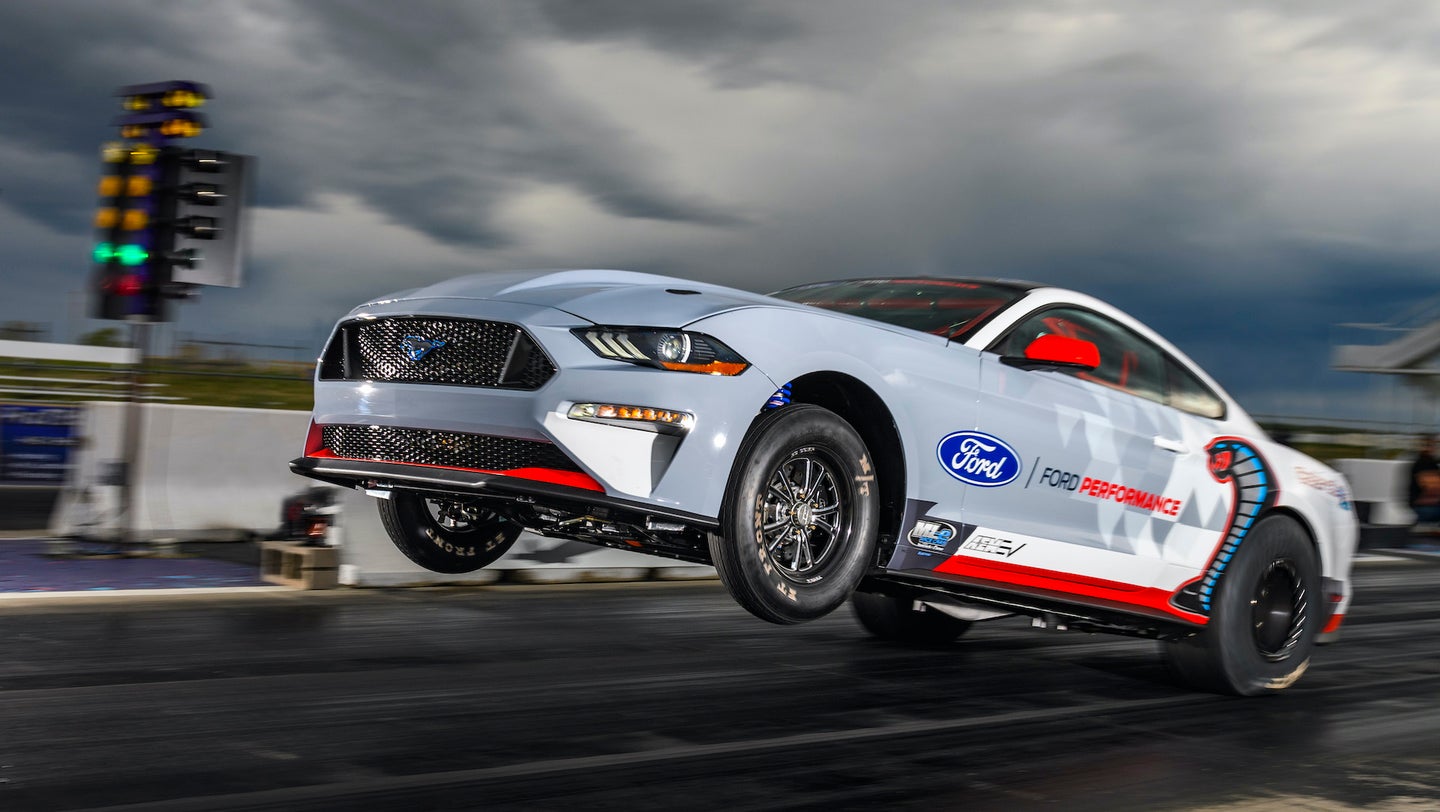 The EV drag race has been an internet favorite ever since electric cars started gaining traction on America's roadways. Tesla beats this, Rimac beats that, it's all very contentious. In the United States, the big three have been drag racing basically since drag racing existed, and it's only right that the Blue Oval steps up to bat with its Mustang Cobra Jet 1400.

With 1,502 horsepower at the wheels—despite its "1400" moniker—this new electric Mustang has officially clocked its fastest trip down a drag strip ever, closing out its run in just 8.27 seconds at 168 miles per hour. This is in line with the estimate Ford made back in April, but we've yet to see the car actually do it.

And despite all of the jump cuts that make the video sound like a firefight set in the Star Wars universe, you can clearly see the car take off down the quarter doing a wheelstand, and setting the time stated by Ford. Well, I suppose you can't really see it clearly, but perhaps that's beside the point.

The Cobra Jet Mustang is also not the only electric concept Ford has been working on. Its 1,400-horsepower Mach-E 1400 is equally as impressive, making a whopping 2,300 pounds of downforce according to the Dearborn automaker. Based on the regular Mach-E electric crossover, it was spotted testing earlier this year before being unveiled to the public.

If you want to buy either of these lightning-fast concepts, you're out of luck. In fact, nobody has even received delivery of a normal Mach-E. And while a hybrid Mustang coupe is certainly on the horizon, that's yet to be unveiled. We'll just have to be happy with this quarter-mile run for now.