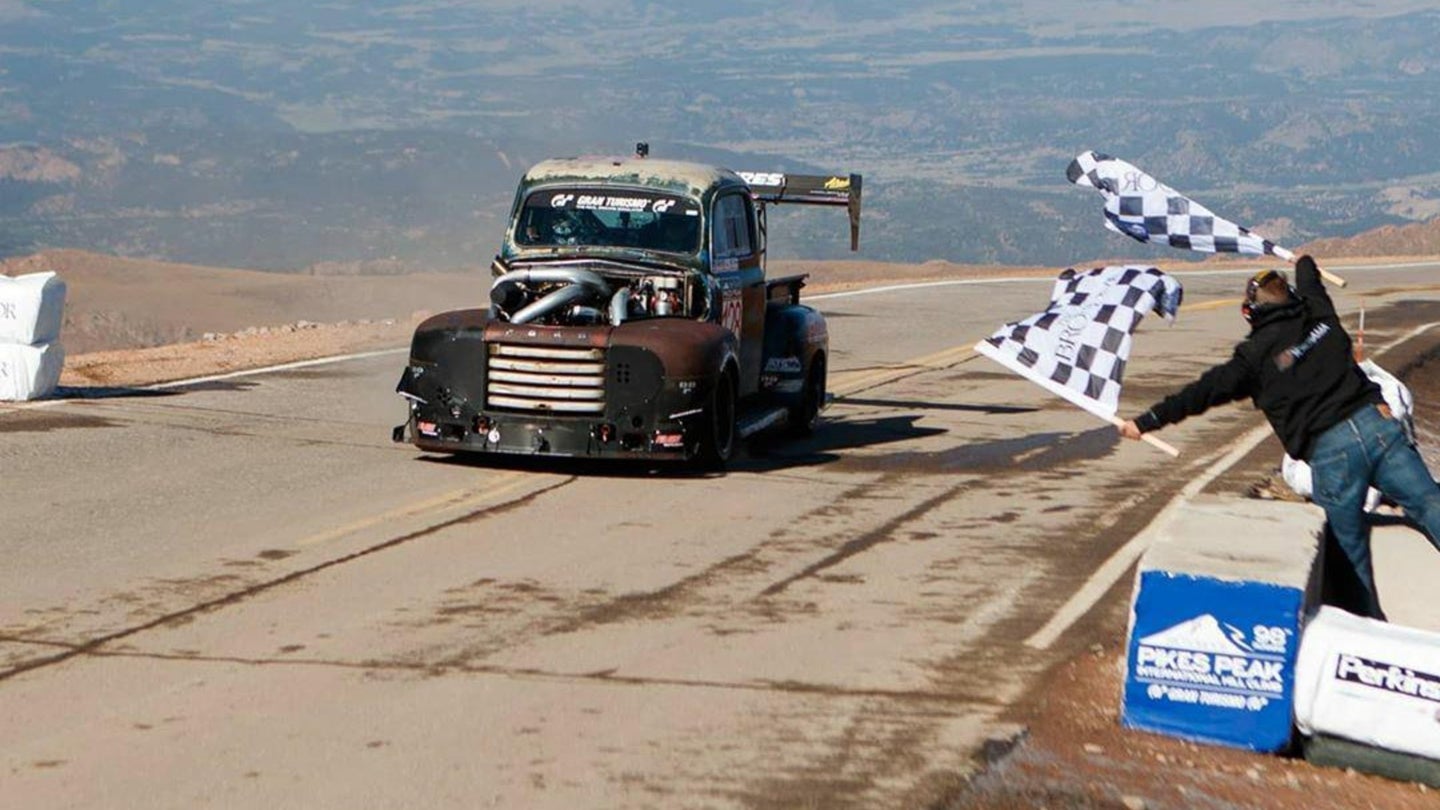 Everyone who's anyone that shows up to race at the Pikes Peak International Hill Climb has records on the brain. Class wins are undoubtedly nice, but with so many different types of vehicles racing to the clouds each year, it's a distinguished honor to be the best to ever do it in your respective category. That's why Scott Birdsall and the crew behind his 1949 Ford F1 are probably okay with missing out on the catch-all Exhibition Class win seeing as they now hold the record for the fastest-ever diesel vehicle up the mountain.

Birdsall drove the 6.7-liter Cummins-powered Ford to a final time of 11:24.065, according to the PPIHC's official leaderboard. That mark bests the previous record, set by Uwe Nittel in a Mercedes Benz C300D 4MATIC, by a little over 13 seconds. What's more, it's a minute and some change quicker than the fan-favorite Freightliner racing semi ever ran, and that produces 2,400 horsepower and around 4,000 pound-feet of torque.

As you may or may not already know, the Pikes Peak course is 12.42-miles long with 156 turns; therefore, it's not exactly ideal to run it in a pickup truck. Meanwhile, Birdsall's Ford is rear-wheel-drive and features zero—count 'em, zero—traction aids, aside from a set of ultra-wide, sticky Toyo tires. Tons of throttle modulation is required as a result and while it's not completely clear what spec the '49 was running on Sunday, it's been known to push over 100 pounds of boost for 1,400 horsepower and even more torque.

Given that Pikes Peak has an ultimate elevation of 14,115 feet above sea level, it's taxing not only on the driver but also on the machine. Since the brakes are typically scorching by the third and fourth sectors, cars usually don't like to stop, either. Birdsall told The Drive that his truck went into limp mode near Devil's Playground, meaning the last leg of his run was hampered by more than just the thin air.

The Ford, which runs on 100-percent plant-based, petroleum-free Nexgen diesel, was just 22 seconds off the Exhibition Class winner, Blake Fuller in one of Unplugged Performance's Tesla Model 3s. Who needs gasoline anyway? 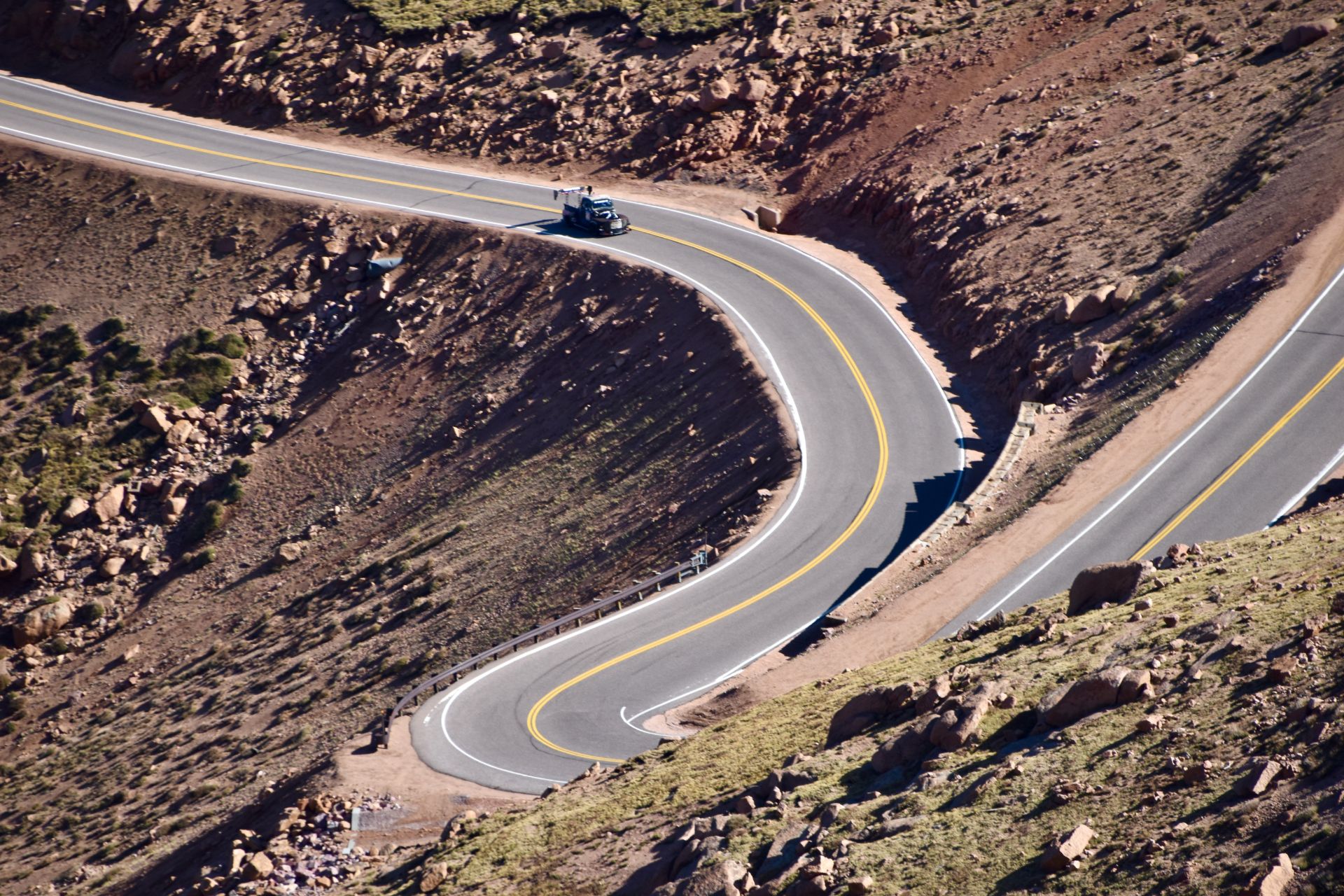 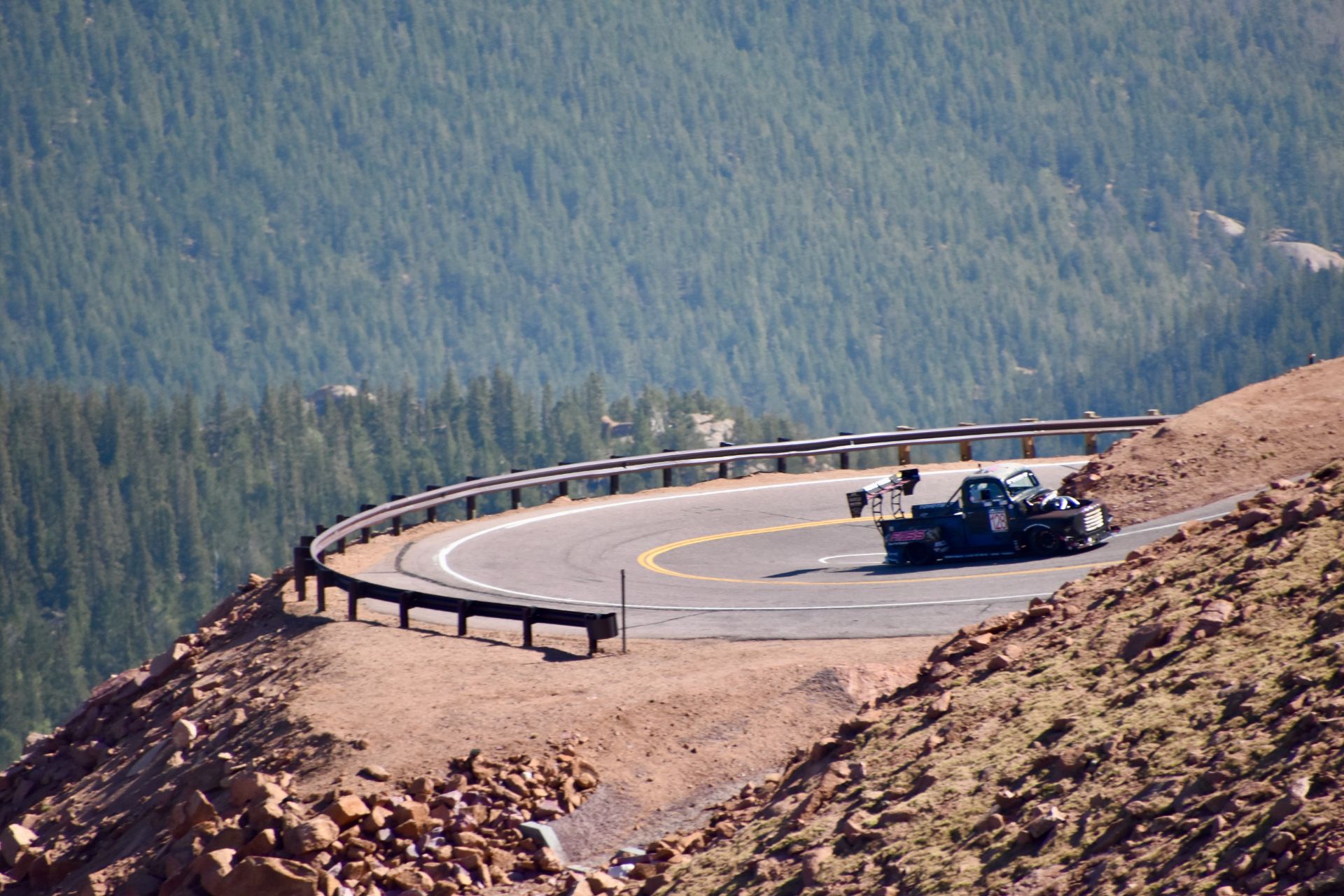 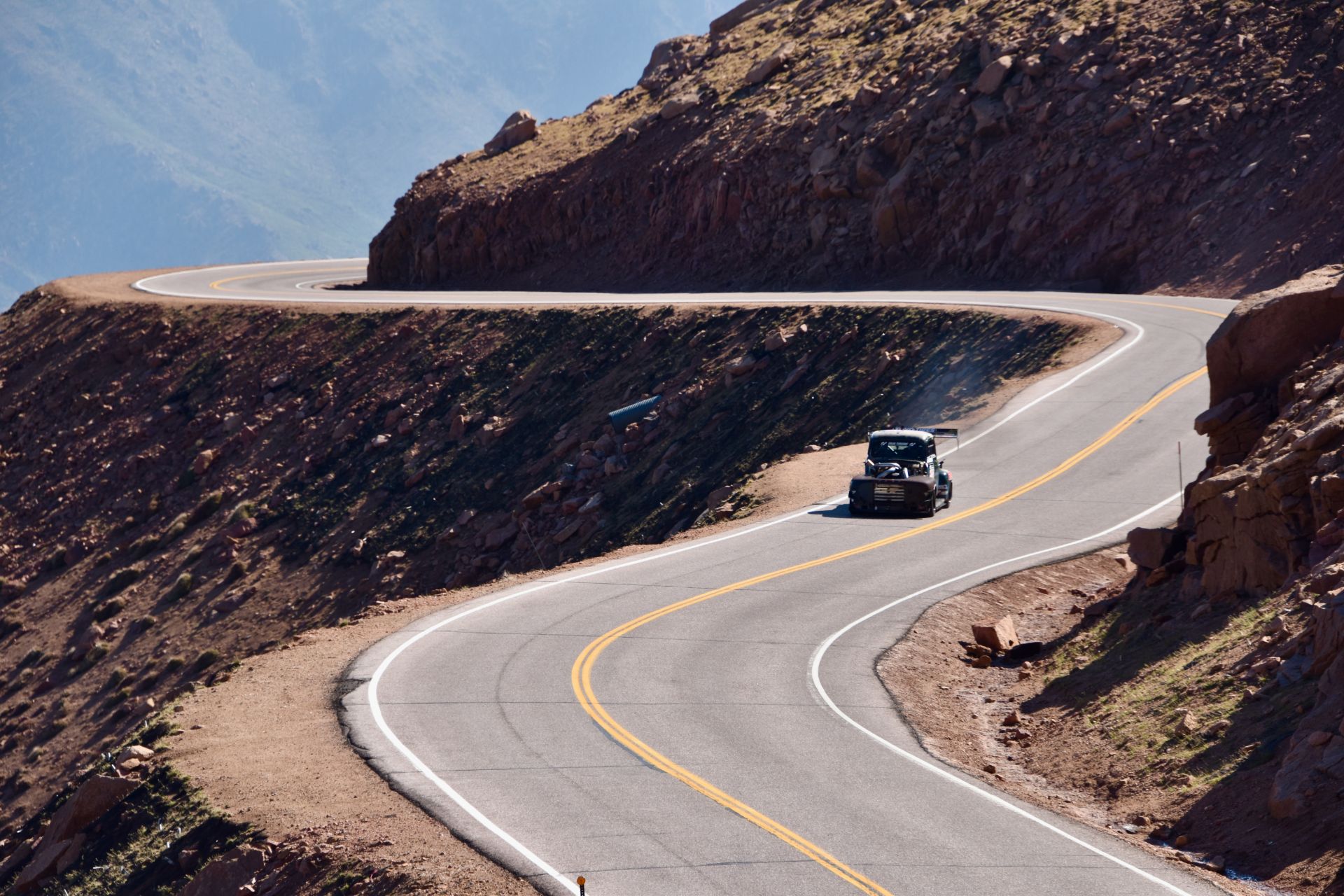 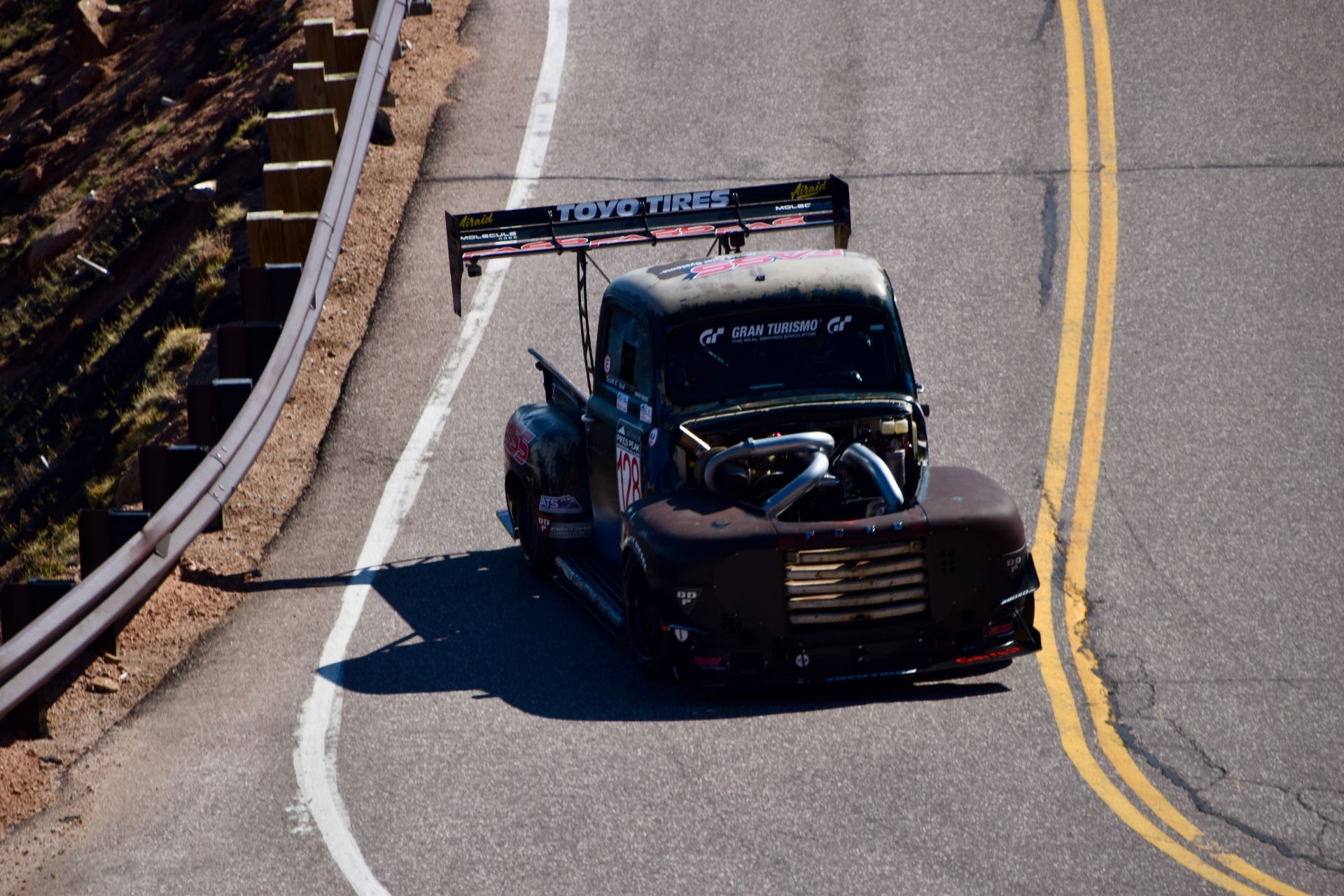 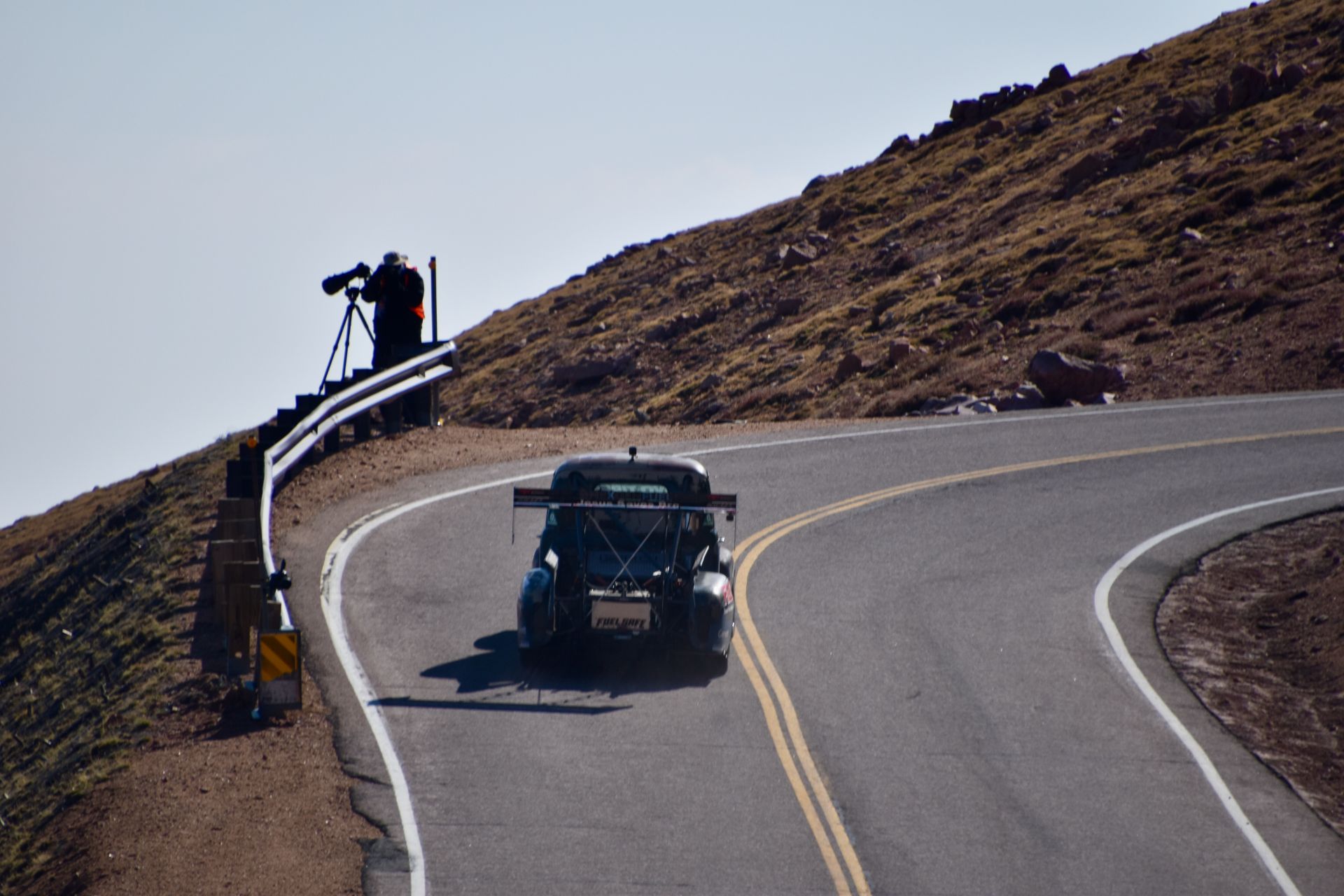