Hard to call this swap sacrilegious when the original AMC was a hunk of Malaise-era junk. 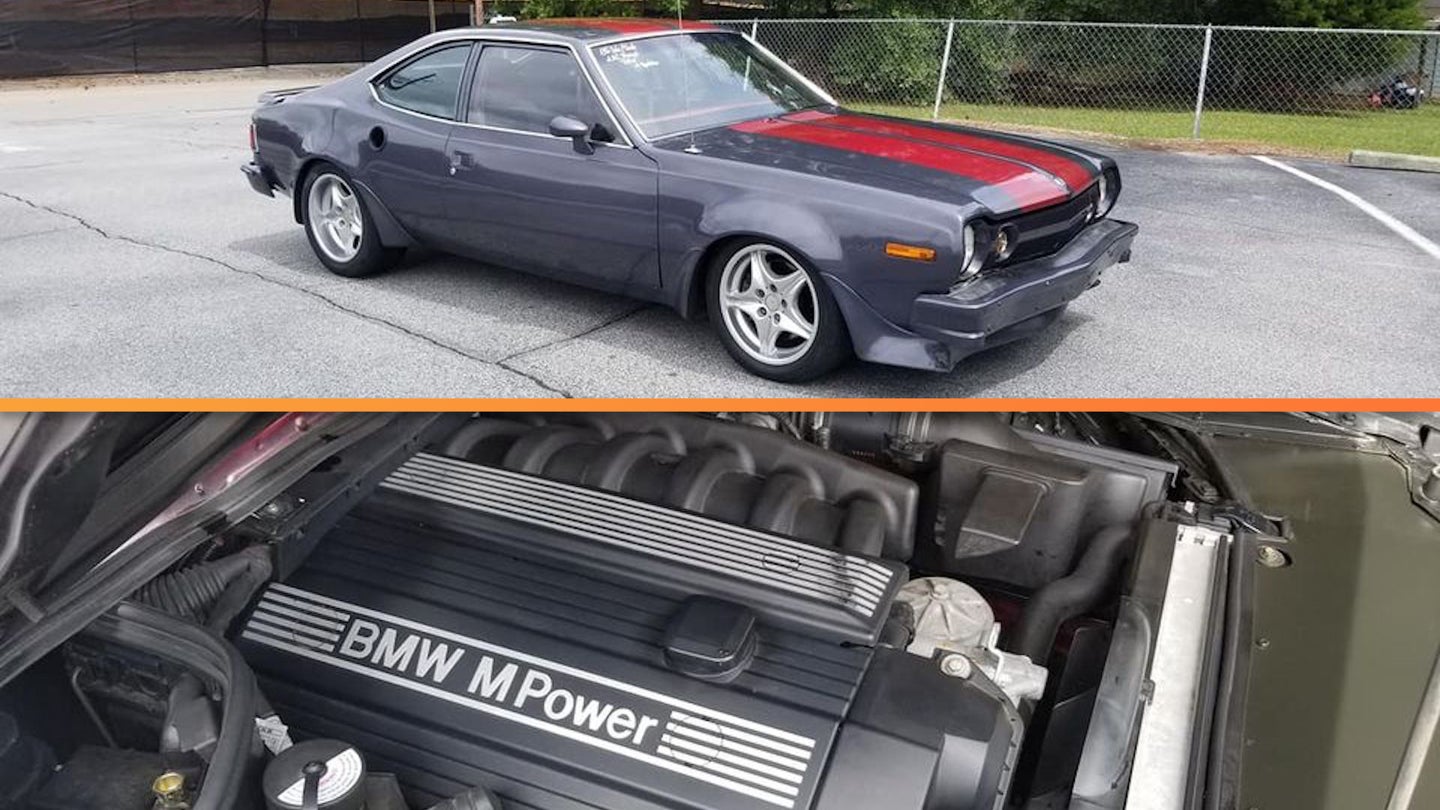 Imagine strolling down the rows of vehicles at Cars and Coffee, overlooking all the samey, chromey, tacky '60s and '70s muscle cars, only to do a double-take when you spot something unusual among their numbers. That AMC—it's on BMW wheels? Amble closer for a peek and you notice that inside, there are no bench seats but '90s buckets, a bright, two-tone dashboard and a steering wheel with a BMW badge. It may sound one of those sleazy, status-seeking up-badge jobs done by your local slumlord, but it's not. It's a clever and well-crafted resto-mod, and one of the most unusual The Drive has ever seen.

Hailing from the precipice of the Malaise era, this 1975 AMC Hornet might have left the factory in a spec of austerity unimaginable to modern car buyers. Its most powerful engine option was a 360 cubic-inch (5.9-liter) V8 choked to just 175 horsepower, many of which would have disappeared on their way through primitive three-speed transmissions, or optionally, a four-speed manual. Standard brakes on these Hornets consisted of four-wheel manual drums and in 1975, AMC didn't even offer air conditioning as a factory option—it left its dealers to sort that out until 1977. Rounding up all the best (but still largely mediocre) factory parts to build the ultimate AMC Hornet is almost more trouble than it's worth, which is probably why the creator of this car simply swapped its body over to a BMW Z3 M roadster. 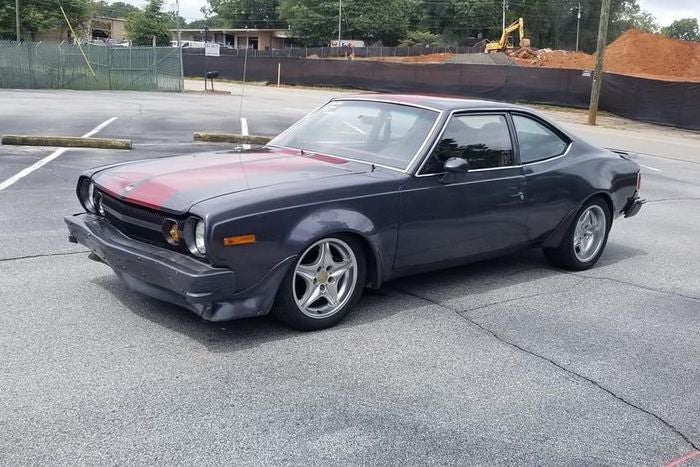 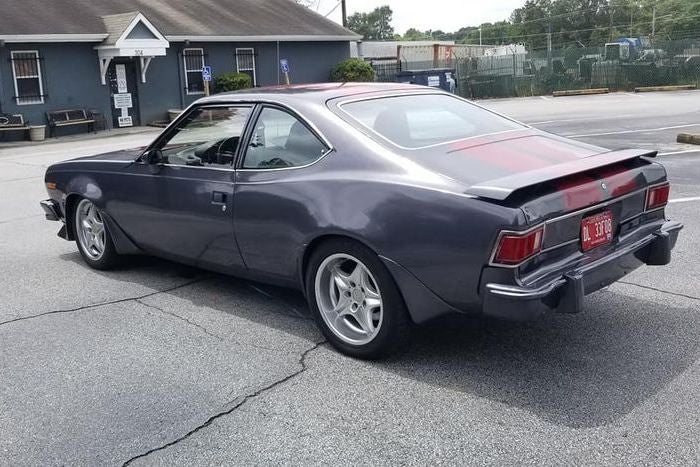 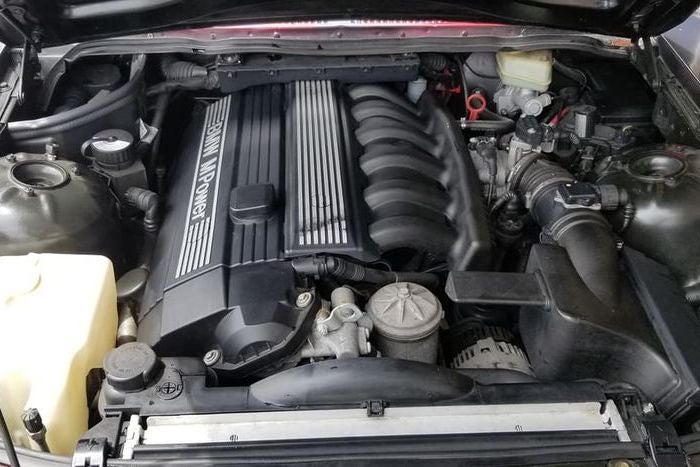 While Bimmerists still bemoan BMW for handicapping its North American M cars of the late '90s with the lesser of its 3.2-liter straight-sixes, the S52, its 240 horsepower and 236 pound-feet of torque still make for a massive upgrade from the AMC's factory power plant. Its five-speed ZF manual is also without a doubt superior to the Hornet's stock three- and four-speeds, and given the popularity of the Z3, this transmission should be easier to replace if something goes bad inside. And it may yet be a while before it does because this AMCimmer's owner reports just 110,000 miles on the powertrain. 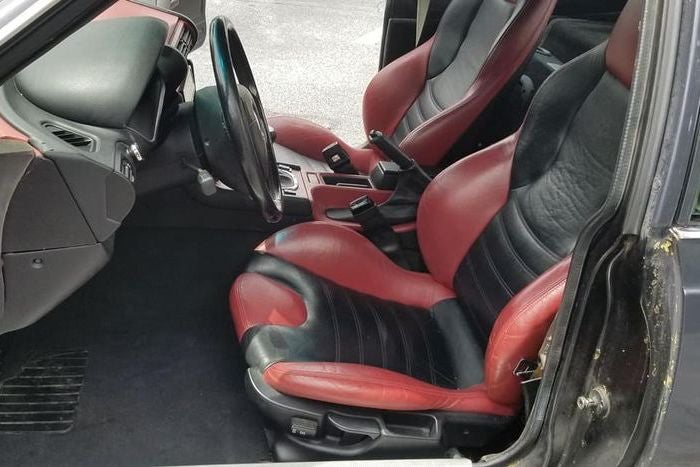 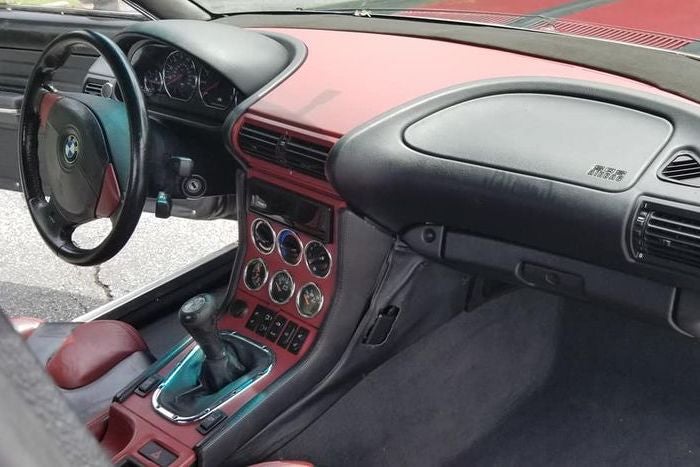 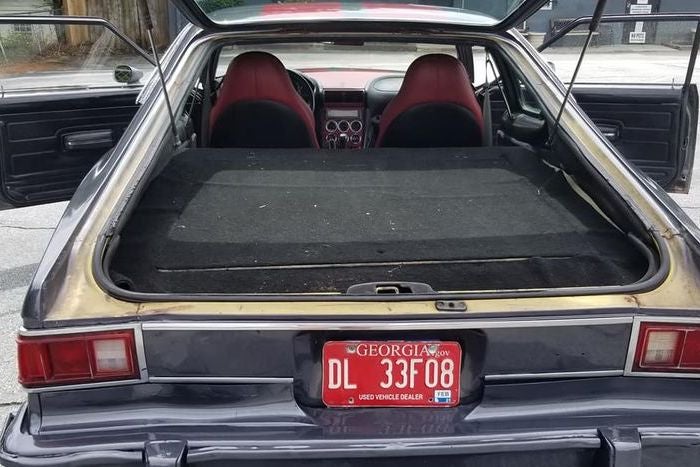 If you're as convinced of the brilliance of this car's creator as I am and you have $15,500 sitting around, you're in luck, because that's how much they're asking for this vehicle on Facebook Marketplace. That price looks a little high for a Z3 M of this mileage, but can you imagine the looks you'd get pulling into a BMW meet in an AMC Hornet? As dropped-jaws-per-dollar go, this AMC is tough to beat. Best you buy it before I start looking up what my blood plasma is worth.