Here’s How Much Horsepower a Fox Mustang Makes After 30 Years and 173,000 Miles

Time can take a toll on any engine, especially one that’s driven this far. 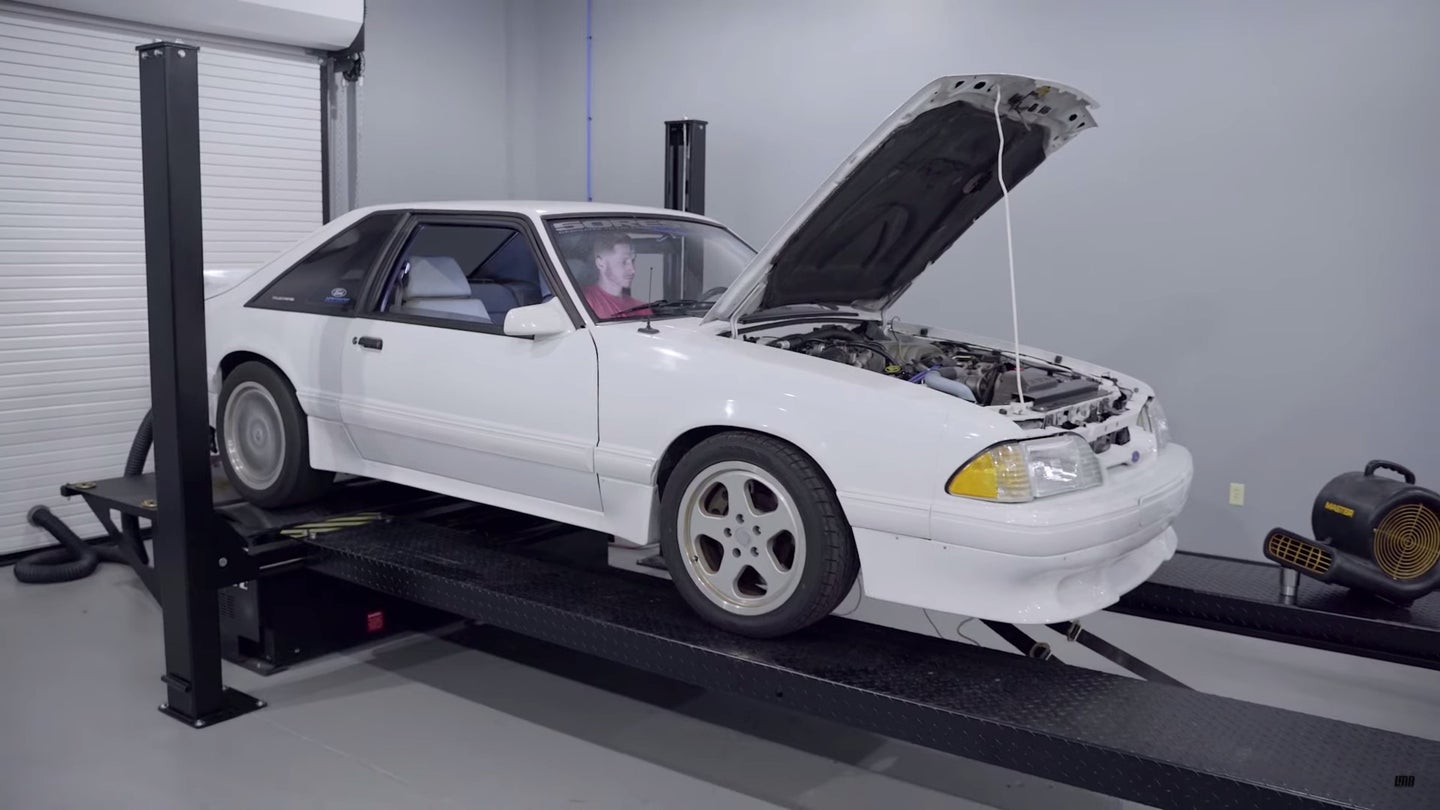 Common sense states the more wear and tear on an engine, the less efficient its drivetrain becomes, and therefore the more power it loses. Systems of moving parts are bound to suffer parasitic losses over time, especially if maintenance is an afterthought. Take care of the power plant, though, and you'll find it returns the favor—even after 30 years and 173,000 miles. That's the case with this Ford Mustang Fox Body that's lost hardly any output since the days when Ronald Reagan was president.

The crew at Late Model Restoration strapped a 1989 Mustang with its original 5.0-liter V8 to the dyno. The car's appearance is different than stock, with a Saleen body kit and period-correct Saleen wheels to match, though the engine is largely factory spec. A full exhaust has been installed, which is likely good for around 15-20 horsepower max, and timing has been set to 14 degrees instead of the stock 10 degrees.

Even with the mild power-adders, you might expect the dyno results to be significantly under stock. After all, this engine has seen its fair share of use. It certainly sounds nice on the dyno, but V8s from this period—not just the Mustang's—were more bark than bite. Nevertheless, here are the results:

As you can read from the power graph, the 5.0-liter made 229 horsepower at 4,800 rpm and 293 pound-feet of torque at its peak, compared to the stock figures, which Ford rated at 225 horsepower and 300 pound-feet when new. That's generally respectable considering Ford's quoted output was likely measured at the crank and this reading shows wheel horsepower.

Given the fact that the car has completed the equivalent of nearly seven trips around the Earth, that's nothing to sneeze at. Take away the modifications and you're virtually right on track with the original power numbers, showing a minimal loss even after three decades and all those miles.

Luckily, there are plenty of mods for the Fox-era Mustang that can take it even higher on the power spectrum. Whether you stick with the factory 5.0-liter or swap in another lump, there isn't much that hasn't been done with the platform. Feel free to take that as a challenge.