This Disastrous Pit Lane Pileup Is a Comedy of Errors

How many crashed karts does it take to red-flag a race? 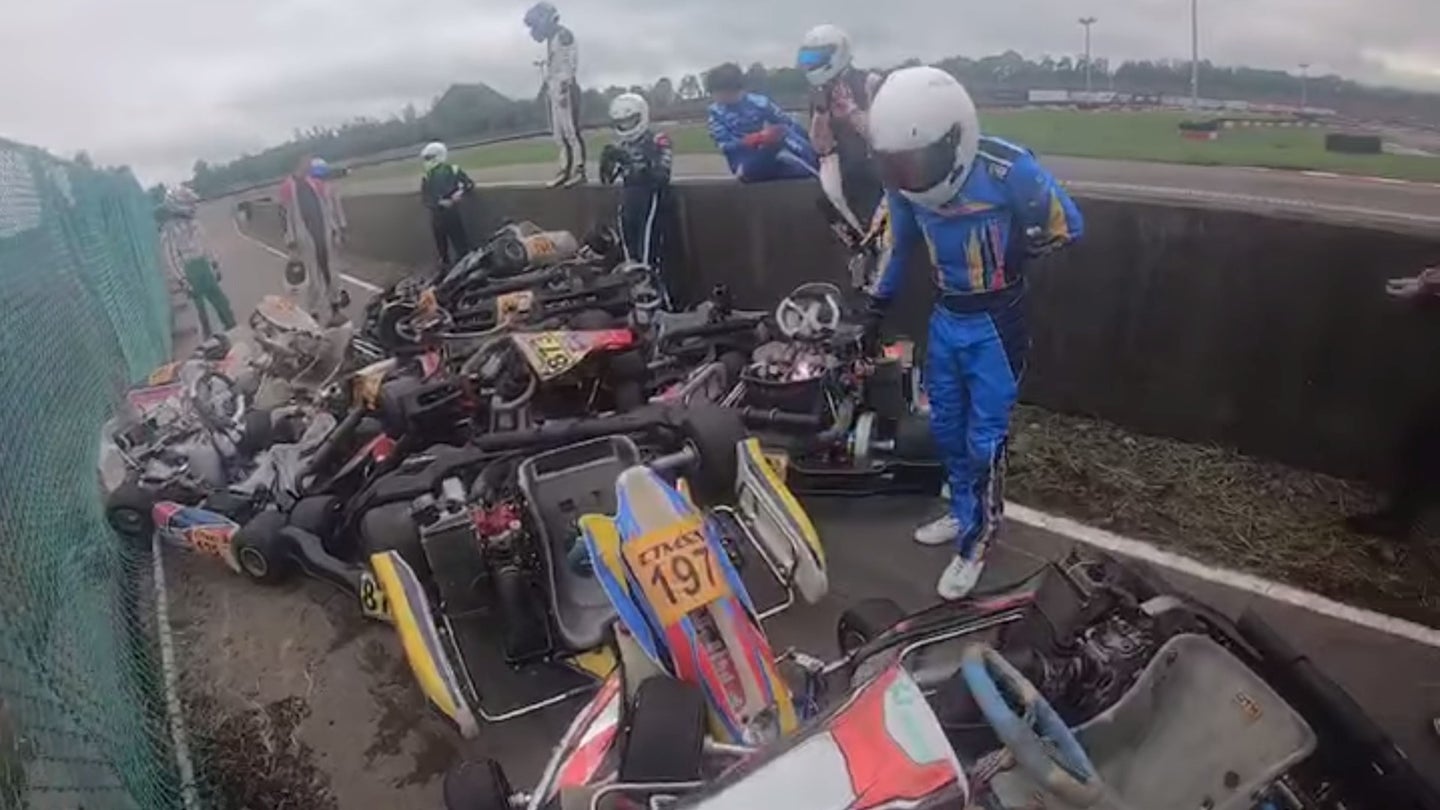 Racing is hard, even for professionals. High speeds, massive G-forces, and hours upon hours of physical endurance mean you've got to be in tip-top shape to drive in any sort of competitive capacity. No matter how much you train and prepare, though, all your work can be undone in an instant, and that seems to have been the case with this massive racing kart pileup in Taiwan over the weekend.

Upon exiting the pits, a driver in a shifter kart is shown getting up to speed before rejoining the track. This means driving a little faster, warming up the tires—the whole bit. But as he comes around a somewhat blind corner on pit-out, he's met by a pileup of his competitors that have somehow all come together in a magnificent way. The carnage is hard to pick through and determine exactly how many karts collided, but as a picture included in the original Facebook post shows, 20 seems like a safe guess.

Admittedly, I don't speak Mandarin, so I couldn't tell you exactly what obscenities they're saying to each other once the camera car becomes the latest casualty. There's little time for arguing, however, as karts just keep on plowing into the stack of retired racers.

This sort of incident isn't anywhere near as pricey as a multi-car crash in, say, IndyCar, but shifter karts are far from cheap. The chassis alone for a top Tony Kart model costs upwards of $5,000 and then there's the Rotax engine which most of these seemed to be running.

Since virtually zero follow-up info was included in the Facebook post, we have to assume the race was called off after this or at least put on pause to clean up the mountain of motors.

All in all, it was a painful day at the track. How are you supposed to pretend your Lewis Hamilton when you end up crashing in pit lane like...uh, well, Lewis Hamilton?