Love’em or hate’em, this is hilarious. 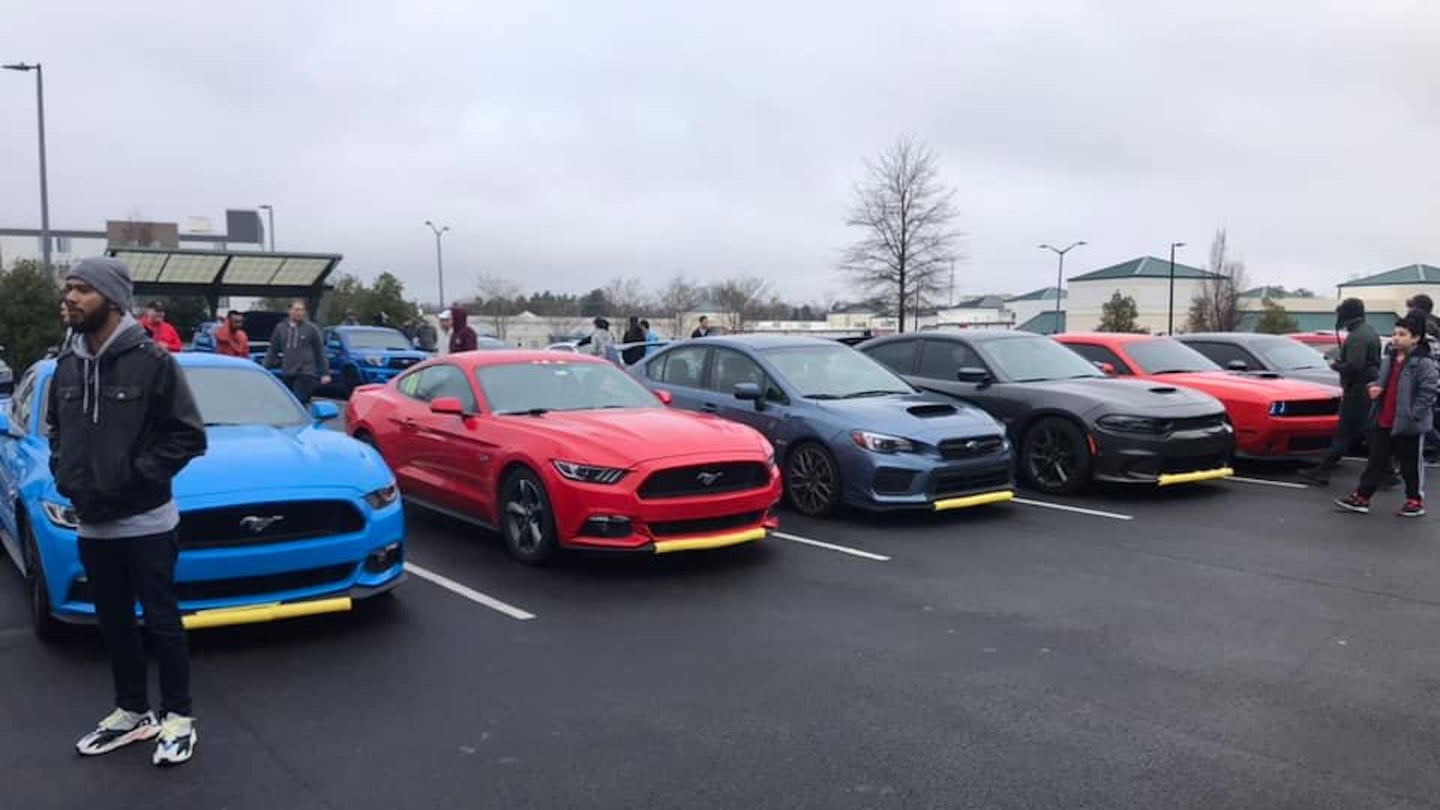 Attendees of a Cars & Coffee event in Charlotte, North Carolina this past weekend coordinated a creative way of poking fun at Dodge owners who leave their cars' pesky splitter guards on post-sale. How? By attaching yellow pool noodles to their own cars' splitters.

A handful of photos popped up on a Facebook car group over the weekend, showing that everyone (even Dodge owners) has a sense of humor, but needless to say, it's all lighthearted and hilarious fun. These geniuses mimicked the yellow, plastic splitter guards you sometimes see on Dodge Challengers and Chargers that have become the most inexplicably controversial trend in the car scene today. Dodge installs these plastic covers on its twin muscle cars to protect their chin splitters while they ride on transporter trucks on the way to dealers, which are supposed to remove the covers before handing over the cars to customers. Some cars, however, arrive in customers' hands with these covers still on and some folks who like the look keep them on for good. Others go as far as buying aftermarket units to replace the ones pitched away by the dealer.

It's a completely inconsequential mod—if you want to call it one—but the internet did as it does, and got up in a tizzy about what other people do to their cars. As the presence of a grey Charger bedecked in a pool noodle shows, even Dodge owners are divided over whether splitter guards are tacky or a neat highlight to their cars' front bumpers. This hubbub has even reached the ears of SRT design boss Mark Trostle, who in October issued a public plea to owners asking them to take off their splitter guards.

A YouTube video of the event submitted by a reader shows the hilariousness of it all, with apparently many more cars also sporting noodles on their front lips, even a silly Mercedes-Benz GLA, whose front bumper sits considerably higher than the rest of the cars photographed.

So, is keeping the splitter covers on your Dodge sacrilege, or is it tasteful? We're inclined to say neither. What a Charger owner does with their car's front bumper is of no consequence to anyone, so it's fair to say the entire debate surrounding splitter guards is a waste of time for internet busybodies. You do you, Dodge owners, and don't let anyone tell you what to do with your cars. Just be sure to laugh with us at these pool noodles, because no matter how you feel about splitter guards, there's nothing like good satire.

With countless upgrades including an all-new LS7 and Corvette Z06 brake swap, it’s practically begging to be thrashed around-track.