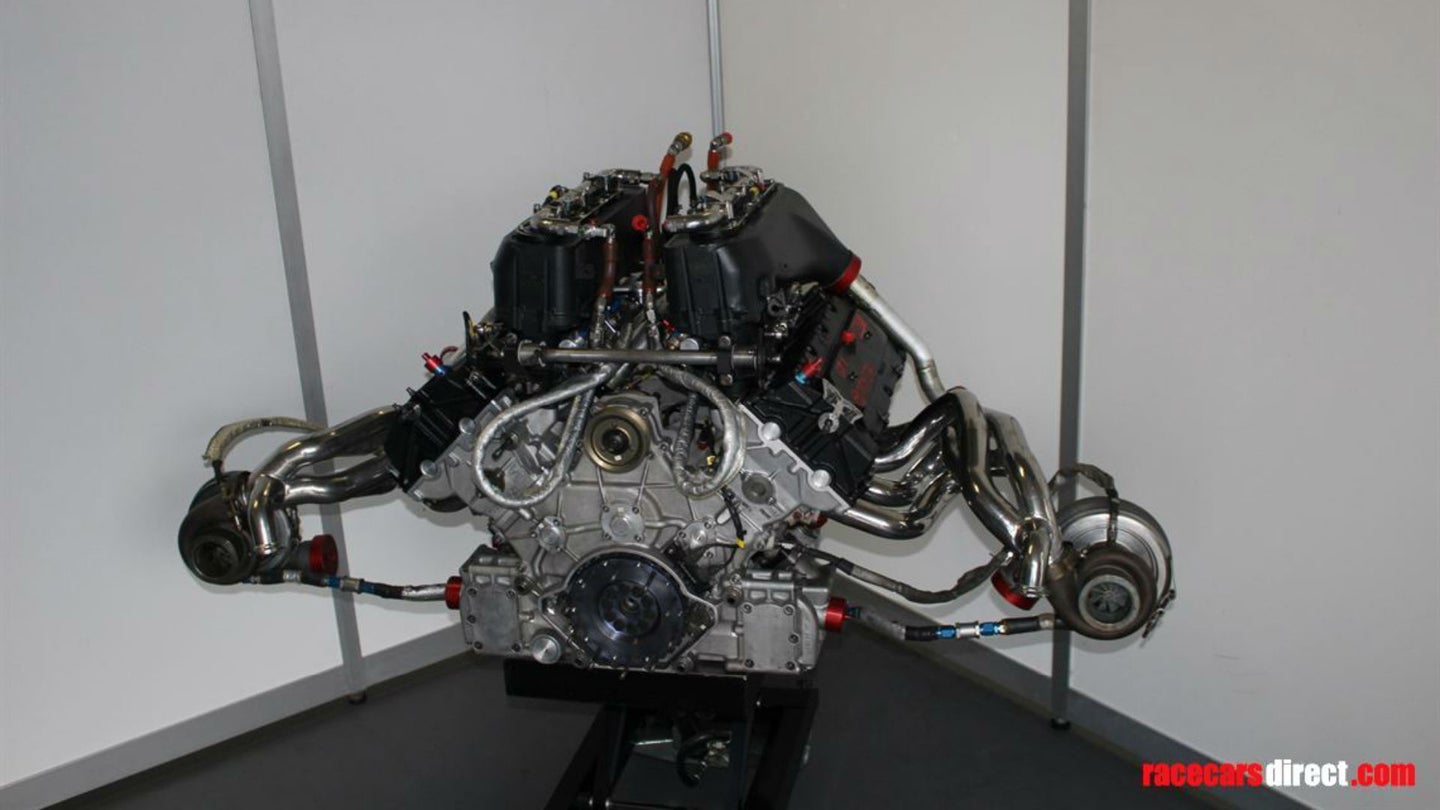 When a top-shelf racing engine such as one that powered a Le Mans GT1 car comes up for sale, it's newsworthy in and of itself. But this 3.6-liter, twin-turbo V8 from a Toyota GT-One is of particular interest because it was supposed to power a street car... And never really did.

This engine resulted from Toyota's 1990s Le Mans program, the goal of which was to compete at (and win) the 24 Hours of Le Mans in what was then the race's top class, LMGT1. Toyota craftily let its competitors define the class's loopholes before exploiting them for itself with the GT-One, a brutally fast car that never triumphed at Le Mans due to a string of misfortunes that continued to ruin Toyota's Le Mans efforts into the Twenteens.

Part of why the GT-One was so quick is because unlike its competitors, it was on no level designed for use as a road car. Toyota may have built a pair of GT-Ones that were ostensibly road-legal to satisfy GT1 rules, but it knew from a careful reading of the class's regulations that it never actually had to sell its GT-One road cars. Both of the supposedly street-legal GT-Ones remain in Toyota's ownership to this day, meaning neither they nor their engines ever really got to roam the world's roads. This crime against car enthusiasm can now be partially amended, though, because a real GT-One engine has just surfaced for sale in Germany.

According to its for-sale listing on Race Cars Direct, this 3.6-liter, 630-horsepower "R36V" V8 briefly powered GT-One chassis 805 during its stint as a test mule in 1999. It allegedly accrued little mileage in this role before the program's cancellation, and in 2002, Toyota gifted the engine to Formula 1 driver Mika Salo as a reward for scoring points in Toyota's debut season in F1. Salo apparently planned to shove this engine into a rally car, but the project never materialized, and the engine was mothballed for 18 years until its recent rediscovery.

As you might expect of a GT1-spec race engine, it apparently requires a rebuild every 3,100 miles, and it costs a gut-wrenching "if you have to ask." It sounds totally un-streetable to us laypersons, but that's because neither you nor I have the money to blow on sticking Le Mans-grade engines in road cars. If someone reading this does have the means to jam an R36V into a road car, we'd like to make a suggestion: Plop this power plant into a Toyota MR2.