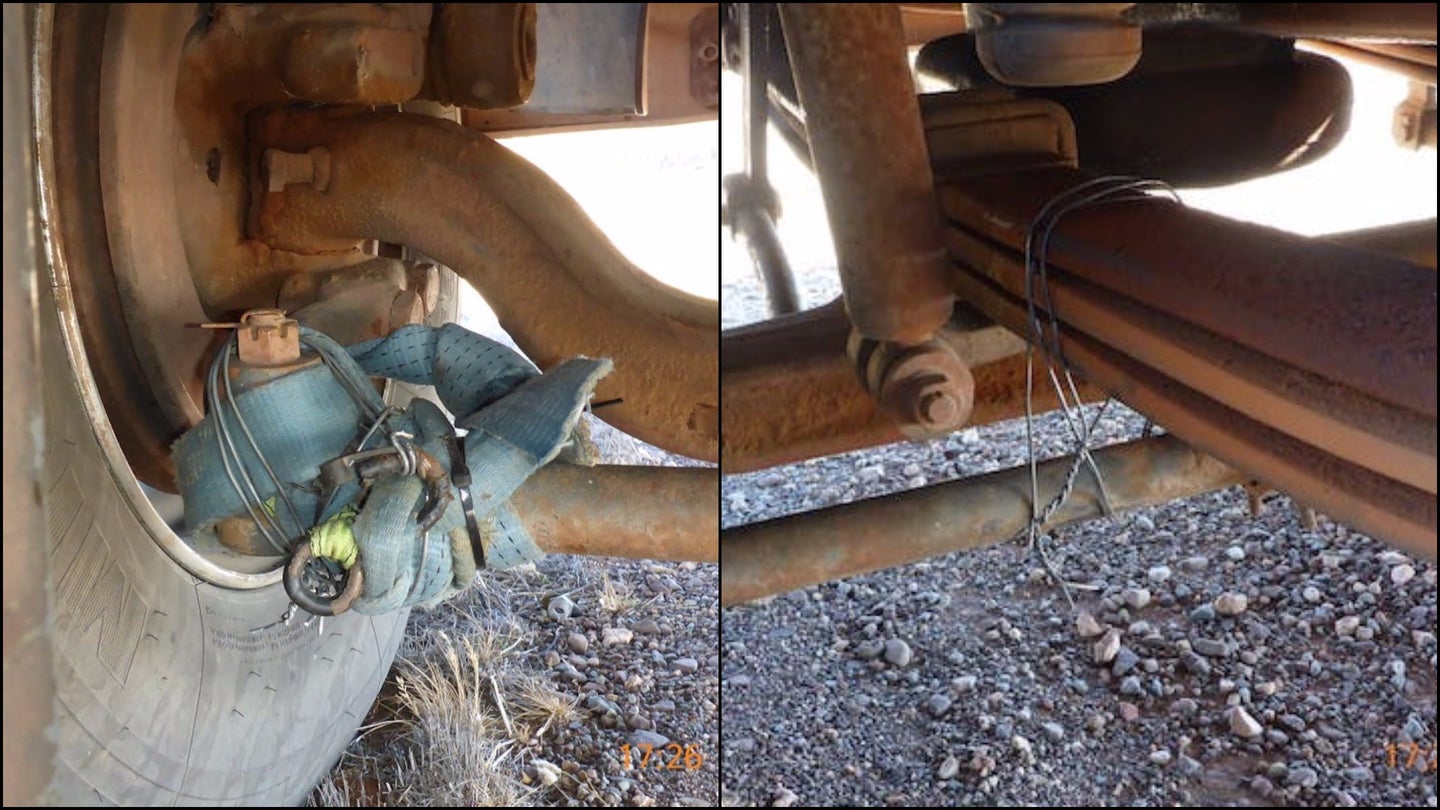 Truckers are usually the most responsible drivers on the road, given the difficulty of earning and maintaining a commercial driving license combined with the scrutiny and responsibility that comes with operating a large vehicle. There are a few bad apples out there, of course, such as this semi-truck driver that recently got pulled over in Australia earlier this month, in a vehicle in an alarming state of disrepair.

Australia's National Heavy Vehicle Regulator posted the pictures you see here to Facebook, taken of the suspension components of a semi pulled over earlier this month. For those of you who aren't mechanically inclined and need an explanation of what you're seeing, the two pictures you see above are of a failed ball joint, a crucial component of a vehicle's steering system. Under no circumstances is a ball joint supposed to pop out of its socket like the one you see here, as that would allow a front wheel to yaw independently of what you do with the steering wheel. In short, this semi was one bad bump away from being completely out of control.

The truck's suspension was in a similarly worrying state of neglect; its leaf springs wired to a suspension component that shouldn't be dangling loose (we've seen that before with the world's worst custom exhaust). Presumably, the hanger visible just inches to the right of the wires has failed, potentially due to rust.

Fortunately, maintenance nightmares like these aren't common on the roads of first-world countries. Commercial trucks are often held to a higher standard of maintenance than privately owned vehicles, and off-the-books fixes can result in citations or fines. That's not to say you haven't shared the road with a sketchy semi or two in your life, but compared to the number of dilapidated cars on the road, we're inclined to say the latter is a bigger danger.

The big rig was caught off guard by a pileup in foggy Texas, resulting in the movie-like collision.