It’s safe to say that even the police officer was impressed with the Colorado truck driver’s MacGyver skills. 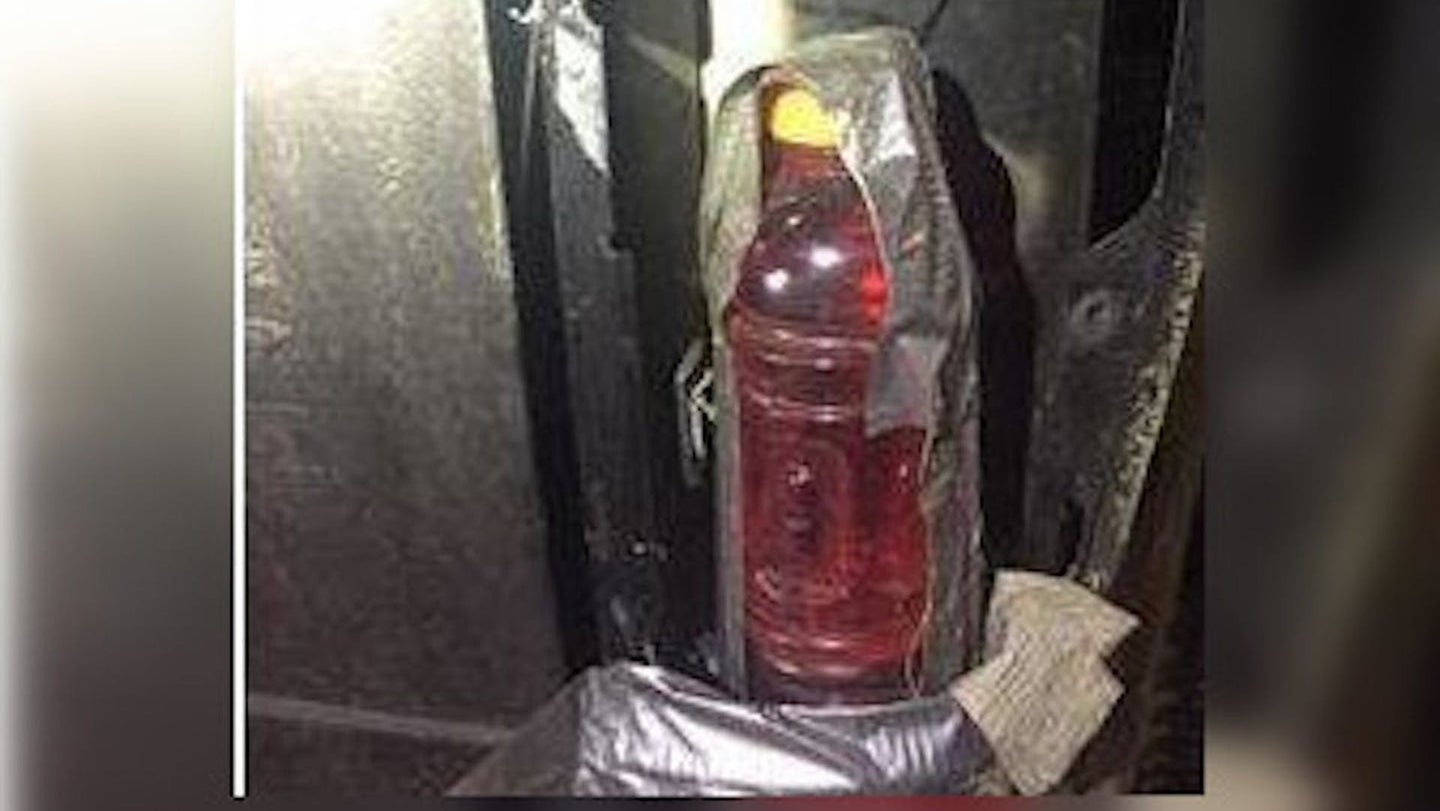 There are plenty of legal and legitimate ways to fix a broken taillight, but as one resourceful Colorado semi-truck driver recently found out, taping a bottle of red Gatorade to your truck isn’t one of them.

According to Denver7, the truck driver claimed to already be on his way to get the taillight fixed when Longmont police pulled him over. Officers claim the driver, who works for an oil company and is in town every two weeks, said he was aware of the problem and would get it taken care of promptly. Thankfully for our crafty trucker, the responding officers were so amused by the crafty fix that they didn't ticket the driver.

Local reports claim that the Colorado trucker was witnessed later that day getting the taillight fixed at a local repair shop. Whether that was his plan all along or he felt pressured by the recent traffic stop—we'll never know—but the only thing that matters is that it's all fixed now.

It's unclear exactly how effective this bootleg rig truly was. If there was a bulb behind the bottle, it’s conceivable that at least some degree of light shone through. Colorado law says that there has to be a red or amber lamp that is visible from a distance of at least 100 feet in normal sunlight. In a bit of humor, The City of Longmont posted on Facebook saying, "While we appreciate the ingenuity of this tail light, this is not a permanent solution." Reactions to the post from the community are mostly positive, with quite a few people praising the guy’s creativity and the patience shown by police.

I’ve personally witnessed far less civilized versions of DIY taillight repairs in my home state of Maine, some which range from plastic bags to old t-shirts. There are even kits available that promise to patch up red plastic pieces properly.