Well, that's one way to streamline. 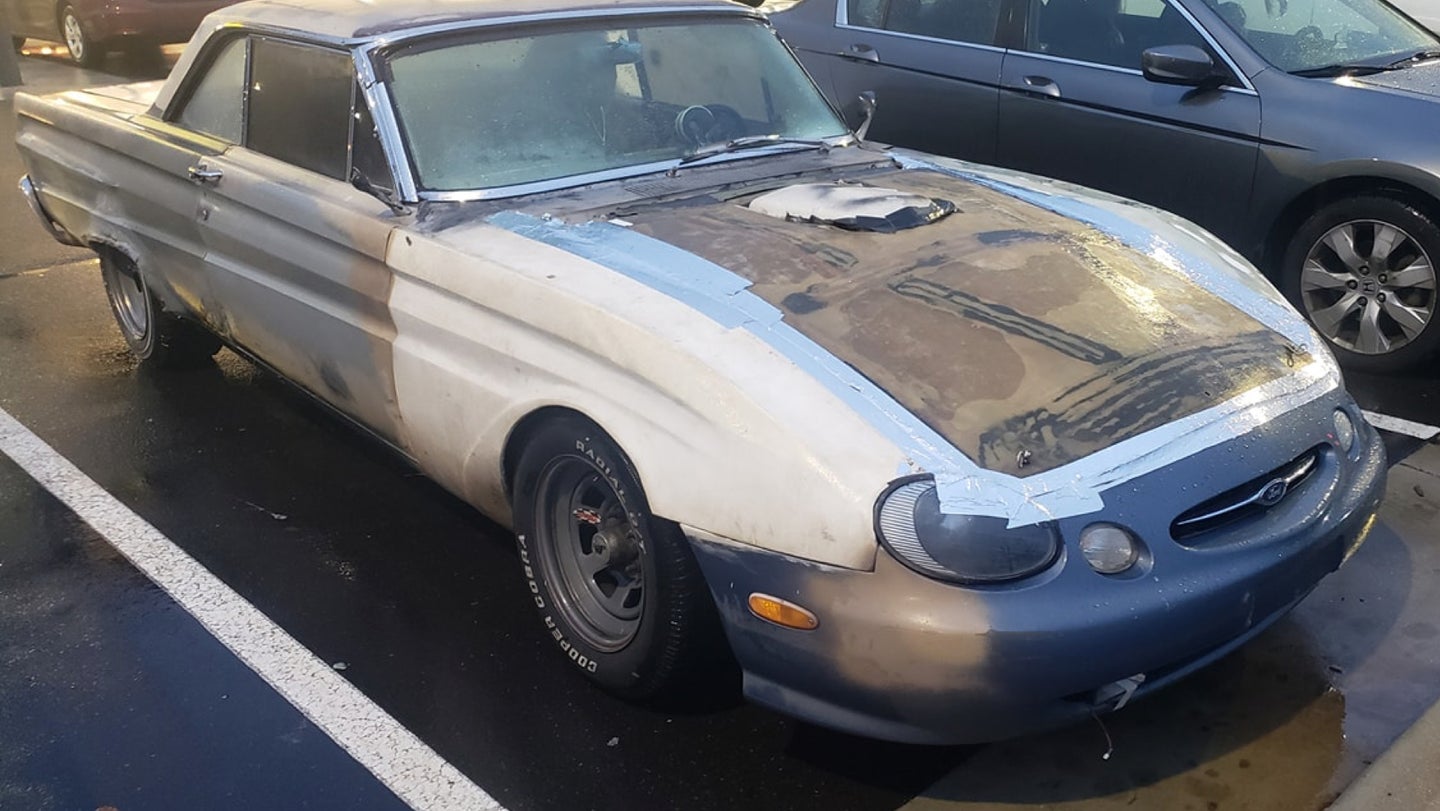 Approach this 1964 Mercury Comet from the back, and it almost looks like a normal classic hot rod. It's rough around the edges with uneven paint and the trunk bungeed shut, but the side creases are still sharp, flowing evenly into the nose of the car.

"Looks awesome from the back," said Josh Gross, who took photos of the car to post in the Kill It With Fire Facebook group. "Then I saw the front!"

Surprise! This Comet's front end is as far from a slick classic Mercury as you can get within the wider Ford Motor Company family.

Grafted onto this car is the rounded nose from a third-generation Ford Taurus. Produced between 1996 and 1999, the sedan seemed to be inspired by a jellybean. Everything design-wise about that car was round. The entire time thing always seemed to look deflated to me, like it's slowly melting back into the earth.

This new nose didn't fit the car in multiple ways. The seams of the hood have been duct taped flat, and a hole had to be cut in the middle of the hood for the top of the engine.

That's what's the most confusing about this for me. Taping over seams and using a more aerodynamic nose suggests that maybe this is some kind of DIY hypermiling or drag racing special, but the tall greenhouse of the Comet and the uneven hole in the hood don't seem to fit.

Maybe the owner just had a Comet with a busted front end and a Taurus in decent shape to raid for parts?  Or is it an elaborate troll? Even I have to admit that continuing the creases on the side of the Comet down towards the Taurus front bumper looks unusually well done.

The Drive reached out to Gross on Facebook to see if he knew the backstory, but unfortunately, it was just an interesting sighting in a grocery store parking lot.

Either way, the rest of the internet is as confused as we are about this one.

"That Comet makes me vomit," said one man in the Y U RUNE KLASSIK? Facebook group.

If you have any other information about this build, please get in touch with us, for this image will haunt our brains for days without some kind of explanation.