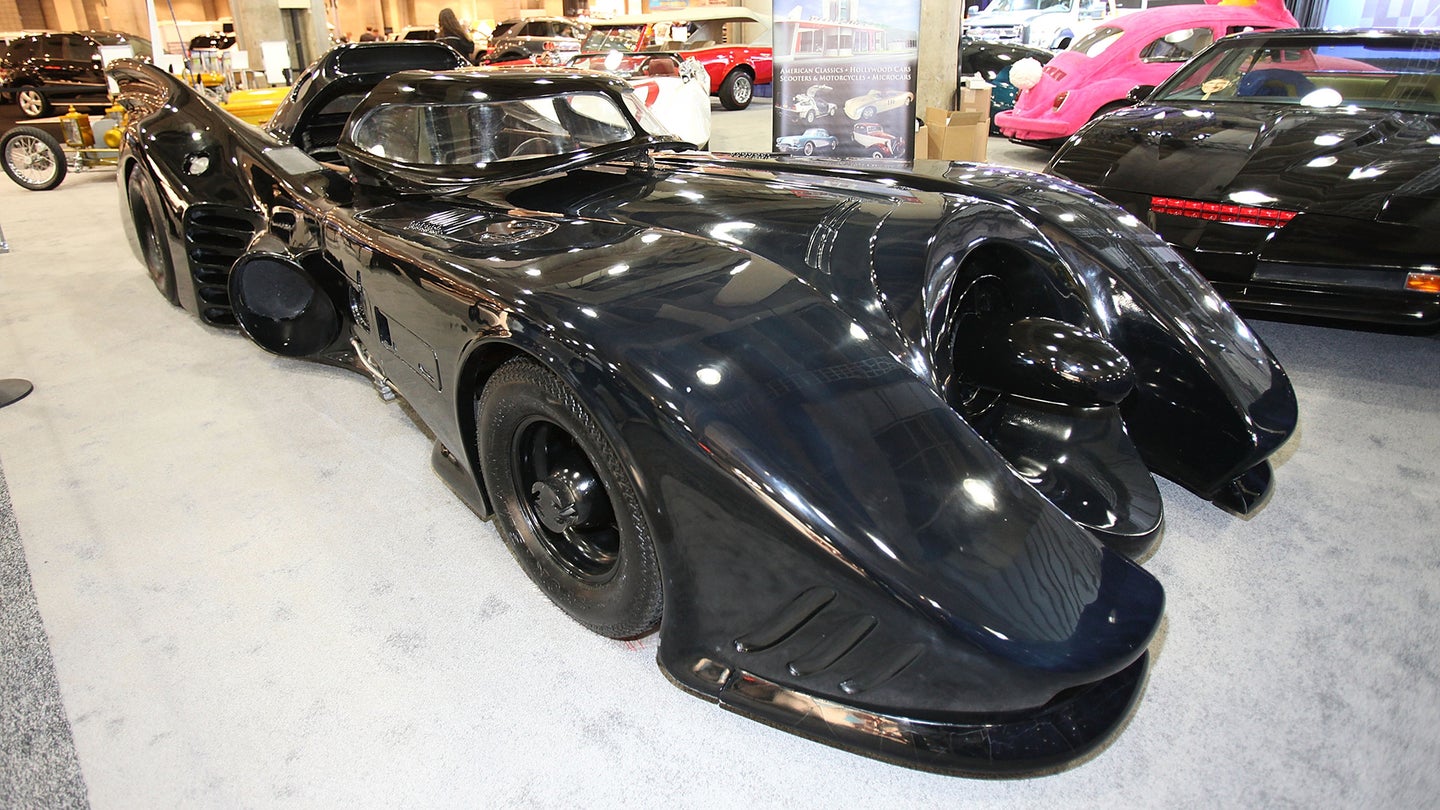 The 1980s were a strange time for so many reasons. But we are going to take a look at one small part of that weirdness. Movie vehicles from the 1980s. Specifically, very bad ones.

Hands down, the most iconic movie car from the 80s is the time traveling Delorean from Back to the Future. It was implausible, but believable in the context of the movie. To time travel, it just needed a lot of energy (via plutonium) and had to reach the arbitrary and low speed of 88 mph. What sealed the deal as far as "suspending disbelief" was that the tech wasn't infallible. It did fail, stranding Marty in the past. Another solution that was even more plausible than its original nuclear power, using lightning, was devised to save the day. Everything is explained to the movie watcher in a way to make it seem like it could be possible to pull off, in the context of the movie.

Selling the believability factor is what makes good sci-fi work. Everything in Star Trek is so unbelievably ludicrous, but so much of the show is spent explaining how everything works. But sometimes, we are presented with tech that is so absurd, so unbelievable, that we just have to laugh at it. Even in the context of the reality of the movie, it's just plain bad.

These are my top five movie cars that are so bad and implausible that they deserve to be ridiculed until the end of time. Please let us know if we missed anything and share it in the comments.

The 6000 SUX is a personal favorite as far as movie cars go. It was designed to be intentionally bad, which is why it is ranked at fifth. Besides being intentionally bad, it goes above and beyond to the level of social satire. The American auto industry in the 1980s was, let's face it, mostly crap. The 6000 SUX took that and ran with it. It's a giant rear-engined land barge with anti-aerodynamics. In a bleak parallel universe (which almost became a reality for Detroit) where they have the tech to make cyborgs and robots, you'd think a luxury car would be, well, luxurious. The Ford Taurus -based police cars of the movie are better looking and offer more amenities and performance than the 6000 SUX. But, it's an American tradition and you can't argue with that.

Yes. The 1989 Batmobile. Sure, it looks amazing, but I can suspend disbelief for only so long. Everything that this car does is a sham. From its jet engine with that massive intake turbine on the front (why is the cockpit in the middle of the jet engine?) to all of the gadgets and weapons, nothing makes any sense. Batman's superpower is not supernatural, it's technology and Batman is still using grappling hooks, oil slicks, smoke screens? And can someone tell me why in the world Batman needs On-Star? The 1989 Batmobile is horrible. It has retractable armor but where does everything fit and how much does it weigh? Some of you might think I'm way off-base on this one. Look deep into the depths of your soul. You know I'm right.

3: The rocket-truck from The Adventures of Buckaroo Banzai Across the 8th Dimension! (1984)

The inter-dimensional 1982 Ford F-350 rocket truck from Buckaroo Banzai is a disaster. This is something built by a military skunkworks program and the best they could do was the Ford F-350? As far as plausibility goes, there is absolutely no way this could ever work. It would be completely torn apart. They even left the dually-wheels on the back. Something about the whole scene has always left me with a bad taste in my mouth. Maybe if the truck had more screen time later on, it could have redeemed itself.

The hero car from The Wraith is a supernatural ghost car with a ghost driver who is out for revenge against the people who killed him. It's horrible and I love it. For the movie, the studio got Dodge to lend them their 1984 concept car, the M4S Turbo. Like many 80s concept cars, it was actually kinda cool. Aerodynamically, it was car ahead of its time. It sported a 2.2-liter four cylinder twin-turbo engine in the back. In the movie, The Wraith dispatches of the bad guys by crashing into them. It's a little more nuanced than that, but that is the basic idea. After each fiery death, the broken bits of The Wraith vanish into thin air. Mysterious. Spooky. Not really, but whatever. It all almost works.

I do, however, have some issues with the car and the tech. It's a ghost car, a wraith if you will. I get manifesting one's self as a super, futuristic car to drag race your killers to the death, but just be a normal car. Be something tangible, especially given the fact that ghost-dude gives the car to a non-ghost dude at the end of the movie. What is he going to do with it? Its engine seems to float over a portal to hell. Where do you get parts for that? It's just silly and the movie could have been better served with a better car. I seriously thought it was an alien car the first time I saw the movie, which would have been more believable. Wraith, you almost won my heart, but no. By the end, it all just seems lame.

1: All the Megaforce vehicles from Megaforce (1982)

The fleet of custom vehicles that this group of do-good mercenaries drives is the absolute worst collection of things one would want on a battlefield. The two we'll be looking at will be the dune buggies and the dirt bikes.

The dirt bikes are a whole other level of bad. They have three machine guns mounted on the front, along with little rockets. To shoot things that aren't directly in front of the bike, you have to do a wheelie or turn to take aim. The bikes, based on the sound they make, seem to be jet powered, which brings us to the worst of the worst. The leader of the rag-tag bunch of soldiers has a special feature on his bike. He has a second jet engine and little wings that fold out. He can fly! The flying car at the end of Grease is more believable than this. In the context of the movie, this flying dirt bike is so out of place, it's laughable. Frankly, the whole movie is laughable. I highly recommend watching as soon as you can.

Of all the bad vehicle tech in 80s movies, Megaforce and it's flying dirt bike takes the cake.