This unique Porsche and Volkswagen event in Concord, California deserves your attention. 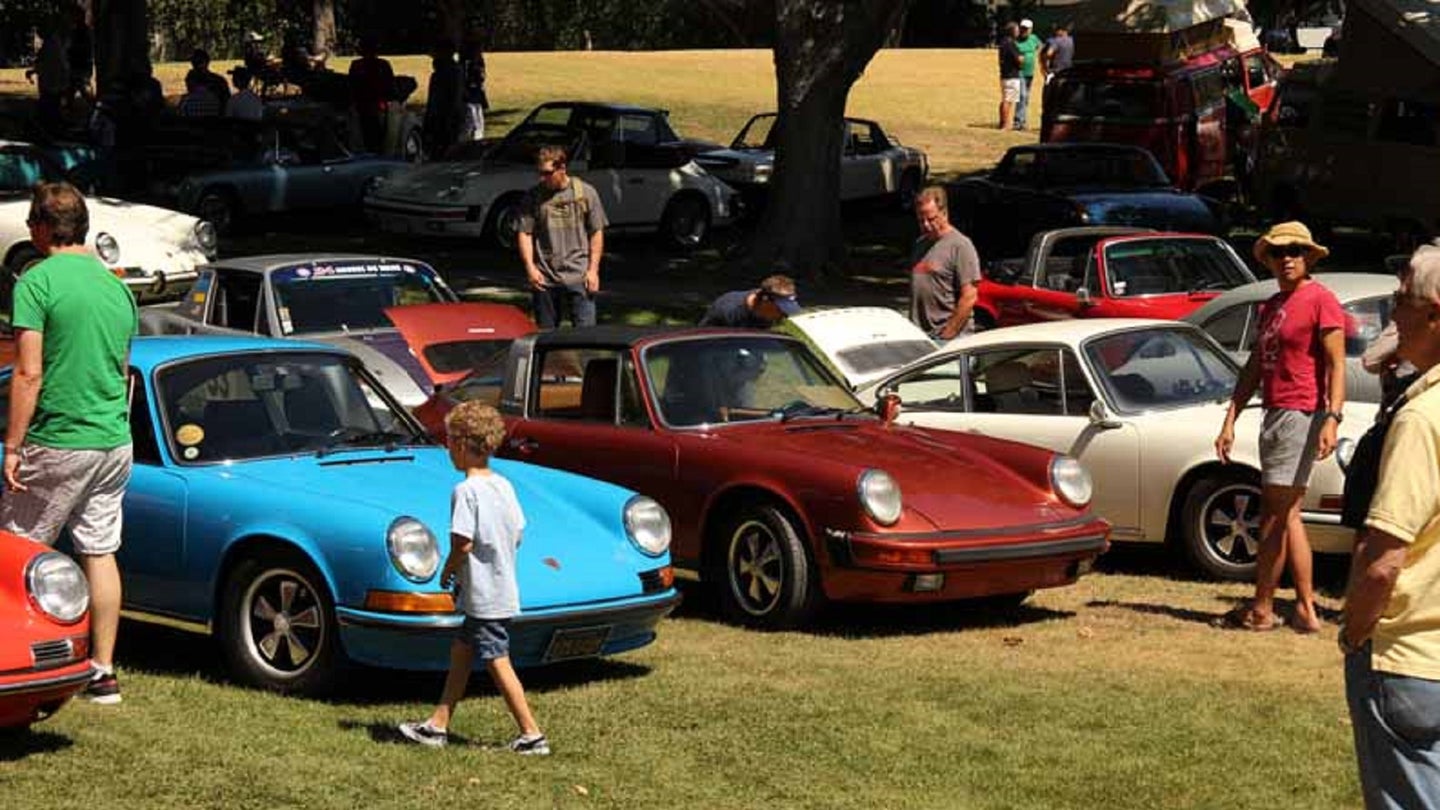 Every year in the sleepy town of Concord, California, the aircooled descend and have a great time. For just over a decade, a little event called "NorCal Treffen" has been happening there, and everyone with a Porsche or a Volkswagen is invited. It's primarily for the aircooled folk, but a few watercooled people are along for the ride and welcomed with open arms. For 2017, the show has changed its name to NorCal Treffpunkt because the Porsche Club of America had a hissy fit and claimed they owned the word "Treffen" (Tejas Treffen in Texas was also affected, though strangely the R Gruppe Treffen does not seem to have been forced to change their name).

This show isn't like most of the Porsche and VW shows you've attended. For one thing, it's a very laid back affair with minimal rules and regulations. It's a nice way to spend the day with some like-minded enthusiasts, and you'll probably have a lot of fun. It starts this Sunday, August 6th at 8AM in Dave Brubeck Park. For more information, check out the show's Facebook page. I attended the show in 2016 and 2015 and thoroughly enjoyed myself. Sadly, I'm missing it this year, but you can go and enjoy it in my absence. Here are five reasons why you should attend.

1. You're almost guaranteed to see something you've never seen before.

Both times I have attended, I've seen something I never expected to. Have you ever seen a VW-based Porsche-competing Dennenhauer and Stauss coupe? How about a Chevrolet Corvair that has received the full drivetrain from a 964 Carrera 4, or a Messerschmitt, or a Formula Vee vintage racer? We've seen all of these at this very show.

This isn't your typical concours event with people turning up their noses at your car, no matter what you drive. I've attended in my ratty old Boxster, and I've seen everything from tractors to Lemons race cars show up to great fanfare. Everyone is in a good mood and everyone wants you to have a good time. Don't disappoint them.

Not everything in attendance is a wild or unique show of vintage supremacy. There are certain cars that show up by the dozens. You'll see a lot of Volkswagen Busses, you'll see more than a few Beetles, and there are longhood 911s by the fistfull. You'll see just about every aircooled car ever made, and if you're lucky, a couple split-window Pre-A 356s might be there. There are more than a few great luftgekühlt cars in the NorCal area, and the best ones are usually at this show. The show continues to grow, and you could expect to see about three hundred great cars on the grass of the park this year.

4. The event organizers are true enthusiasts.

An event like this doesn't happen by accident. Michael Rogers is a great guy, and he'll be more than happy to say hi and shake a hand if you walk up and introduce yourself. He's an excellent guy, and his soft-window Targa 911 is pretty awesome.

This year, the event will offer delicious barbecue from the Steel Smokin' BBQ & Catering company. From what we hear it's delicious. How can you go wrong with BBQ?

“Eyoh! That Bel Air is byooteeful!” Time to show it off at Floyd Bennett field.