The 1964 Chevrolet Grand Sport IIB will join other experimental vehicles to honor the all-new Corvette C8. 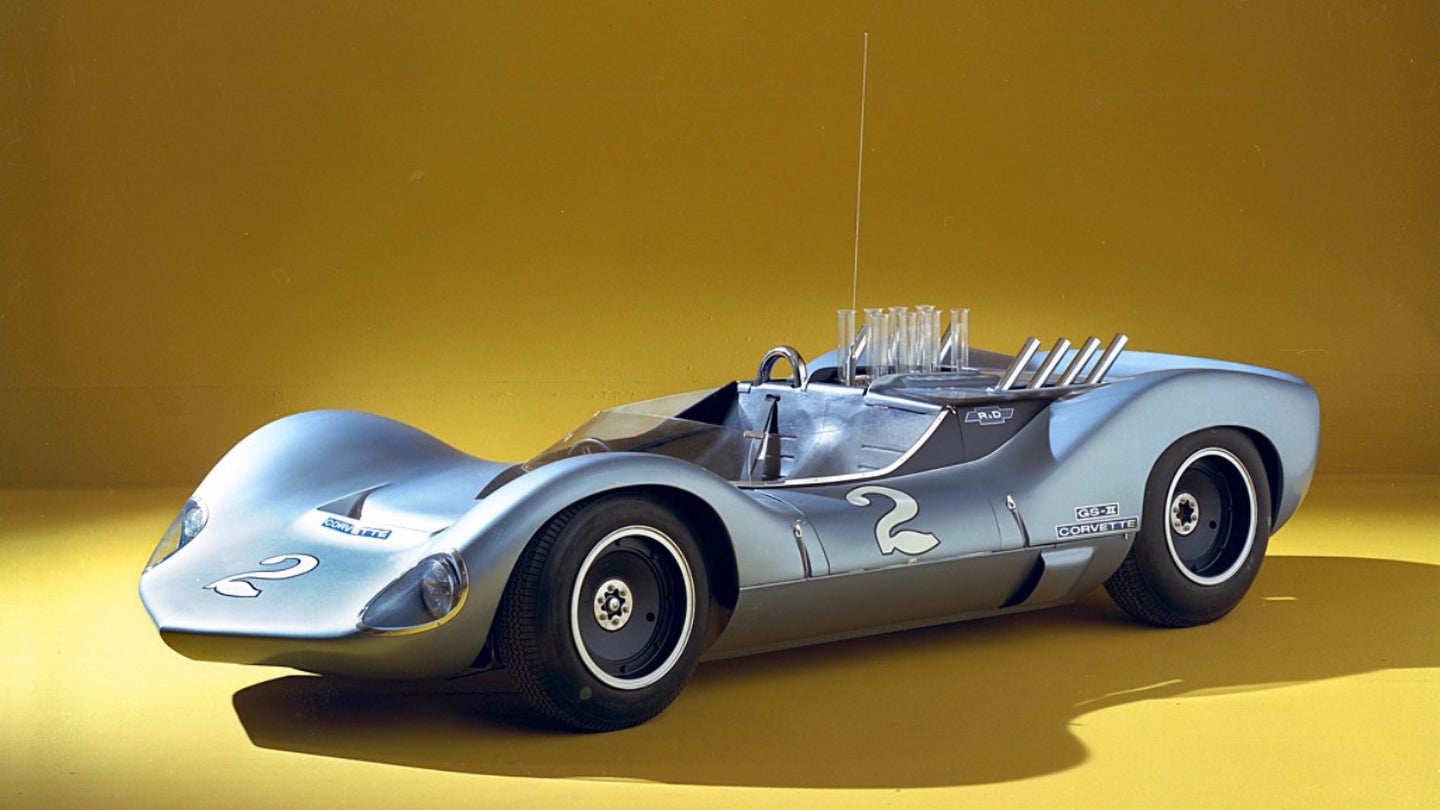 Although the Chevrolet Corvette was originally conceptualized as a front-engined, rear-wheel-drive two-seater, the idea of a mid-engined variant has never been too far off thanks to men like Zora Arkus-Duntov. He helped engineer and refine America's sports car for motorsports glory in the 1950s, and he famously dreamt of a mid-engined variant. Numerous prototypes were even created, by Arkus-Duntov and others, to pitch the executives at General Motors. Now, on March 8, a rare example of those efforts—the 1964 GS IIB—will join the Amelia Island Concours for the first time in history to help celebrate the 2020 Corvette C8.

The abstract Chevy will join the show's specially organized Silver Anniversary Corvette class exhibition, marking the first time it has ever been shown outside its original display at the Petroleum Museum in Midland, Texas. It will be accompanied by other Corvette Experimental Research Vehicles, such as CERV I, CERV II, and Corvette XP-819, all to celebrate the arrival of the first mid-engined Corvette production car.

The GS IIB came to life as a project at the hands of Frank Winchell, another one of Chevrolet's chief engineers in the research and development branch between 1959 and 1966. Although Duntov had always envisioned a mid-engine Corvette with CERV prototypes, other engineers often found themselves at odds with him as they attempted to rival his efforts. Winchell was one of them, thinking that he could outdo Duntov's mid-engined variants with his own lightweight creation as a way to convince GM executives in favor of such a model.

Despite further R&D from renowned American racer and engineer Jim Hall, Winchell's project was ultimately canned after GM executives continued facing pressure to withdraw from motorsports over safety concerns and a ban against factory-sanctioned American racing teams. As a result, the one-off prototype became part of Hall's private Chaparral collection of race cars and has since remained a museum piece.

“The Mid-Engine Corvette Class is a dream class,” said Bill Warner, Amelia Island Concours' founder and chairman, in a statement. “Having a historically significant car at The Amelia that’s never been seen in a concours before is a dream for us. Thanks to Chaparral and the Petroleum Museum that dream has come true.”