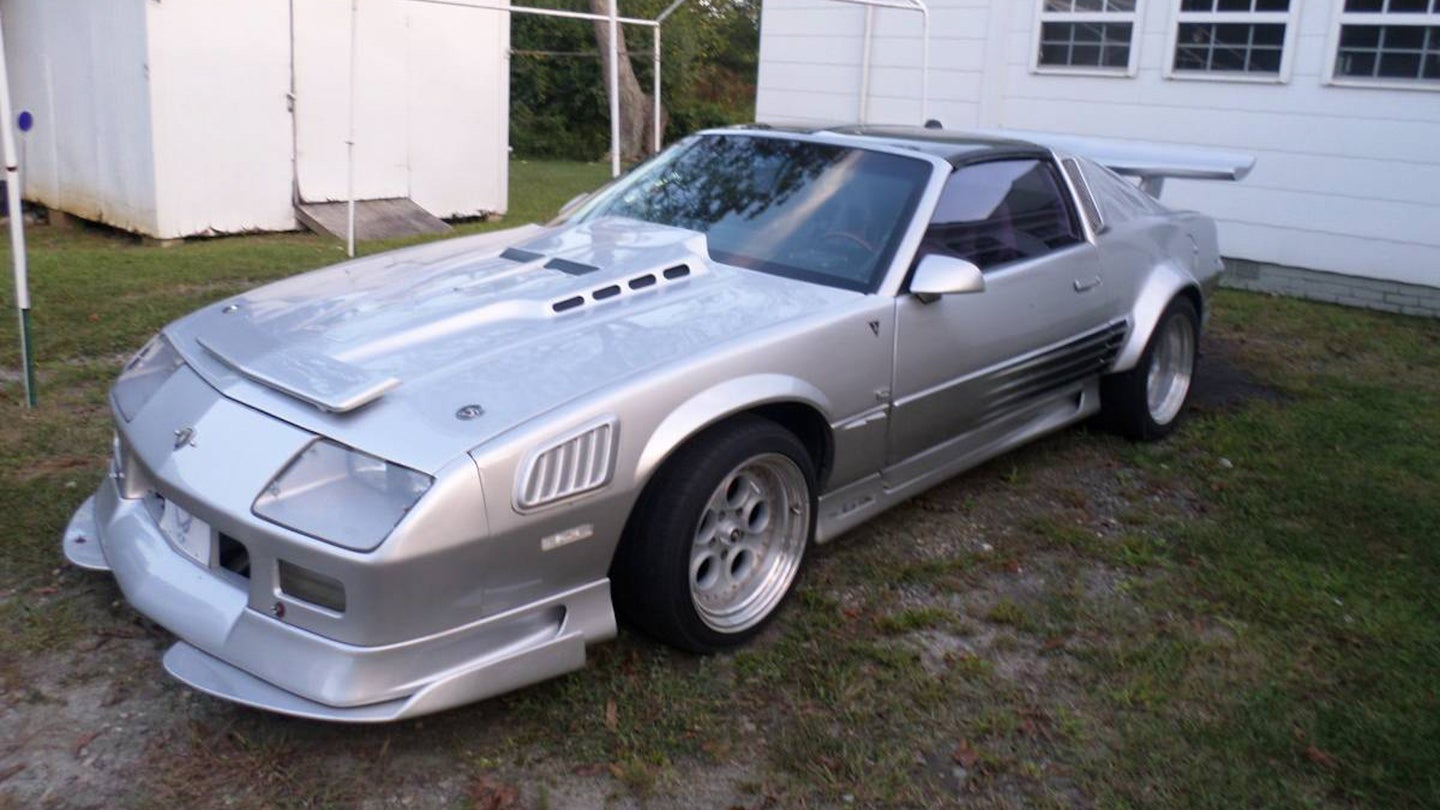 In today’s edition of “what were they thinking?” we have a less-than-tastefully modified 1991 Chevrolet Camaro wearing Lamborghini badges, a Murcielago emblem, and bodywork that would make a Bosozoku driver blush. Lucky for you, it’s ready to find a new home via the Greenville, South Carolina Craigslist.

Impressively, the body kit appears to have been professionally installed and has been painted the same color all around. That’s a noteworthy feature in a world where so many people get to the paint stage of the body kit installation process and just give up, or decide to go to Walmart for some spray paint. As tacky as this whole mess is, it’s still better than a clapped out ’97 Civic wearing three different colors of primer.

Even so, it’s impossible to think that the owner of this car actually thinks people will be fooled by the Lambo logos and “phone dial” wheels. The third-generation Camaro was in production for a whopping 10 years from 1982 to 1992, and the car’s sharp angles and boxy shape are nearly unmistakable to anyone with even a passing interest in cars. In late-model year Camaros like this one, the ground effects were already nearing over-the-top proportions, so it’s surprising anyone looked at the car and thought it needed a bit more flair.

Moving past the exterior, the car’s cabin is full of gems that demand more explanation. Someone spent a load of cash adding a keyboard and a very complex-looking electronics system, but the purpose of all that gear is not exactly clear. Elsewhere, there’s a Jensen DVD player, custom steering wheel, and some sweet Superman floor mats.

Sadly, that’s about as much as we know (or the listing says) about this one-off creation. There isn’t a listing price or any other information that would explain the owner’s logic behind...all this. We’ve reached out to the seller to find out more and will update this story when we hear back.

What you see is not what you get.

We can’t decide if this bumper says ka-chow,’ ‘bazinga,’ or ‘kill me.’