The thought of angry EV owners rolling to a protest in complete silence is hilarious. 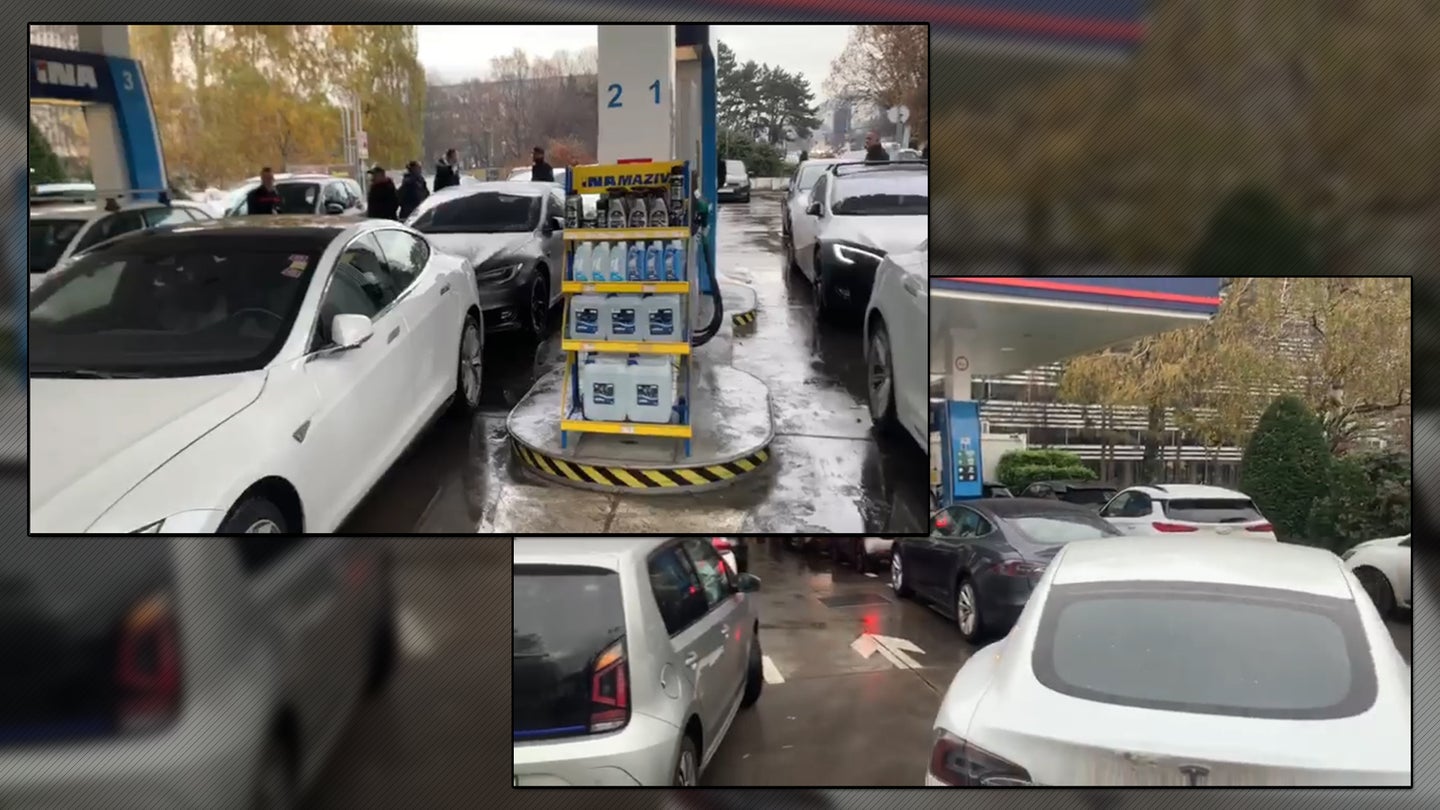 Let's talk about ICEing: the affectionate name given to the practice of parking large gas-guzzling trucks in front of electric car chargers with the sole purpose of annoying EV drivers. While the stories that typically make the news are those which are done with malintent, many people unintentionally block EV chargers every single day without realizing the inconvenience they cause to other folks. In this instance, however, that's not the case. This group of EV drivers knew exactly what they were doing.

A dozen or so Croatian EV owners finally had enough of being ICEd and organized a protest to raise public awareness of vehicles blocking charging stations, successfully commandeering a gas station and keeping the general public from getting gasoline.

The protest took place at a gas station in the capital city of Zagreb, Croatia, just 12 miles east of electric automaker Rimac headquarters in Sveta Nedelja. Owners of approximately a dozen electric vehicles of different makes and models (Including Tesla, BMW, and Volkswagen) packed the pumps and began to cause a backup of cars looking to enter the gas station.

"The message is that the charging points for electric cars are not parking spaces, but as the name says 'refueling points,'" wrote Igor Kolovrat (translated), one of the individuals which Tesla Motor Club Croatia credits with helping organize the event.

"In our country, everything is done for the form [form over fuction], so many chargers are set up because of their form and can be parked by anyone, with any car on fossil fuels, and remain unimpeded as long as they want because there is no law by which such a vehicle would be sanctioned."

Kolovrat points out that owners of traditional gasoline-powered cars who block charging stations have no reason to leave. Other parts of the world have legislation that punishes offenders with fines and potentially the removal of their vehicle via tow truck.

Do two wrongs make a right? We'd like to think not, but this type of movement undeniably brings attention to electric cars as a whole. Whether or not that attention is positive could be subject to the beholder, but as the presence of electric cars on the road grows, so will the need for accessible charging infrastructure and the public's understanding that said parking spots must be respected.