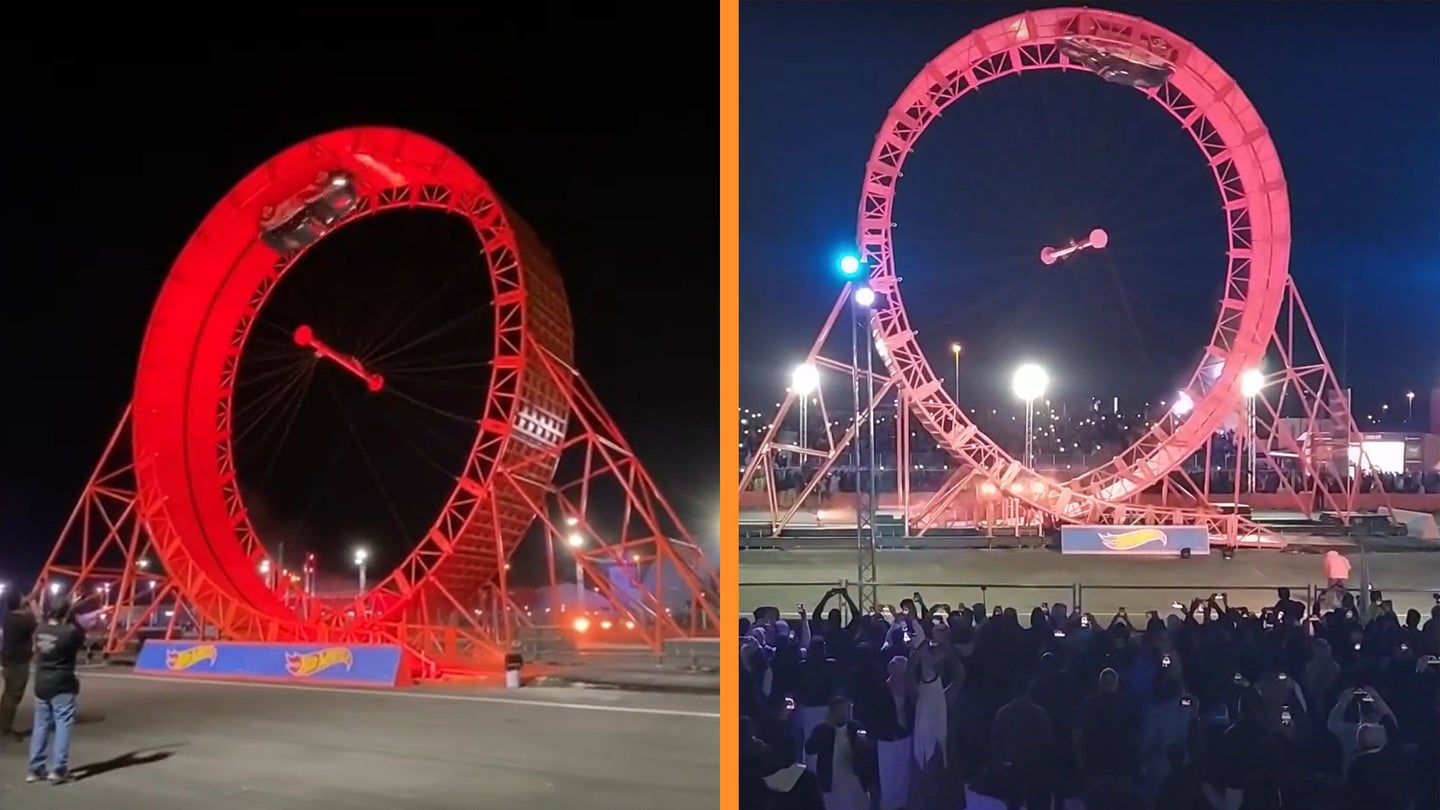 On the other side of the globe in Saudi Arabia, the first-annual Global Auto Salon had its official opening as part of the 2019 Riyadh Car Show. What other way to celebrate the show’s inauguration except with world-renowned stunt driver Terry Grant, a Jaguar F-Pace, and a 64-foot, 360-degree Hot Wheels loop?

The stunt itself consisted of a specially constructed orange loop which, as you’d expect, looks like an enlarged version of the ones typically built using miniature Hot Wheels racetrack kits. It was tall enough to earn Grant, a well-known automotive stunt man, a Guinness-certified world record.

Grant is renowned for performing some truly spectacular stunts with Jaguar-Land Rover vehicles, from driving a Range Rover around a racetrack on two wheels to barrel-rolling a Jaguar. It's hard to think of anyone who'd be better qualified for the task at hand, then.

Watch the stomach-turning stunt below:

Automotive celebrities from the likes of Chip Foose to Formula Drift star Vaughn Gittin Jr. were there to watch the stunt as they helped promote various builds and projects at GAS 2019.