California Highway Patrol members spoke to the truck's driver, who said the test mule was "exceeding" its 600-mile range estimate. 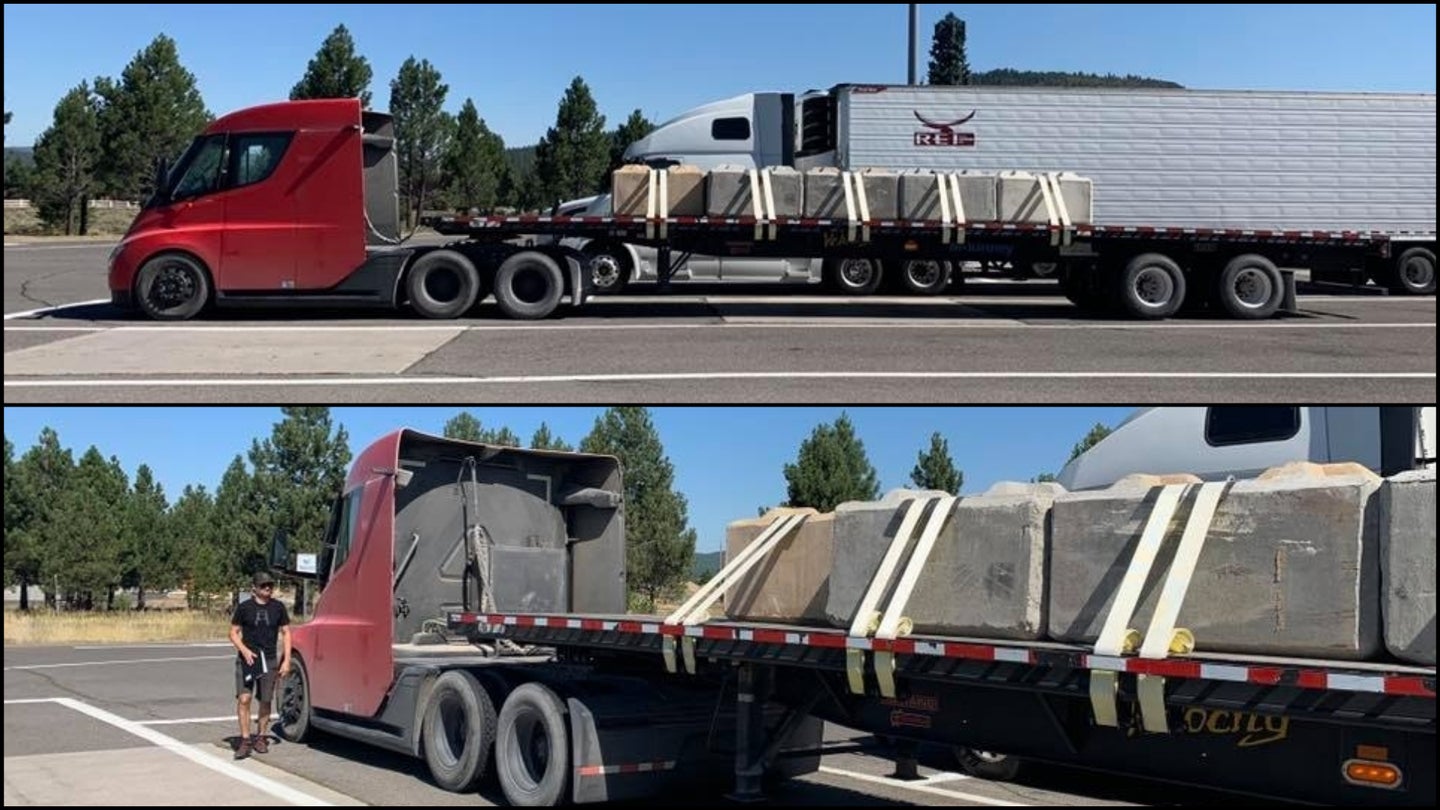 Officials of the California Highway Patrol (CHP) have photographed a Tesla Semi test mule in the wild and according to their conversation with its driver, the electric workhorse exceeds Tesla's ever-lofty claims of its performance.

CHP representatives reportedly spoke to the driver at a weigh station near Donner Pass, in Truckee, California. The Tesla's driver told weigh station operators that "the truck is meeting or exceeding the range estimates" with an alleged 75,000-pound test payload of nine concrete blocks on their trailer.

Napkin math supports the driver's claim that the payload nears 75,000 pounds; each of the nine blocks appear to measure approximately three by three by six feet. As concrete has a density of around 150 pounds per cubic foot, and the trailer is seemingly toting close to 500 cubic feet, our calculations put the truck's payload at close to 73,000 pounds.

Again, despite this heavy load, the driver claims that the truck's range remains better-than-expected, with "expected" initially meaning around 500 miles with a payload of 80,000 pounds according to Tesla CEO Elon Musk at the Semi's reveal. Claimed range for the truck has since increased to nearly 600 miles, though there isn't enough information from the Semi's operator to estimate the margin by which the truck has surpassed its promised range.

Should the Tesla Semi achieve the range espoused by Musk and the truck's driver in addition to maintaining its stunning acceleration, the Fremont-based automaker should have no difficulty attracting the demand necessary to sell its targeted 100,000 units annually by the end of 2023.

To achieve this goal, however, Tesla will need to not only increase its manufacturing capacity by a significant margin, but also reduce its costs, which Musk has admitted could bankrupt Tesla as soon as February of 2020.