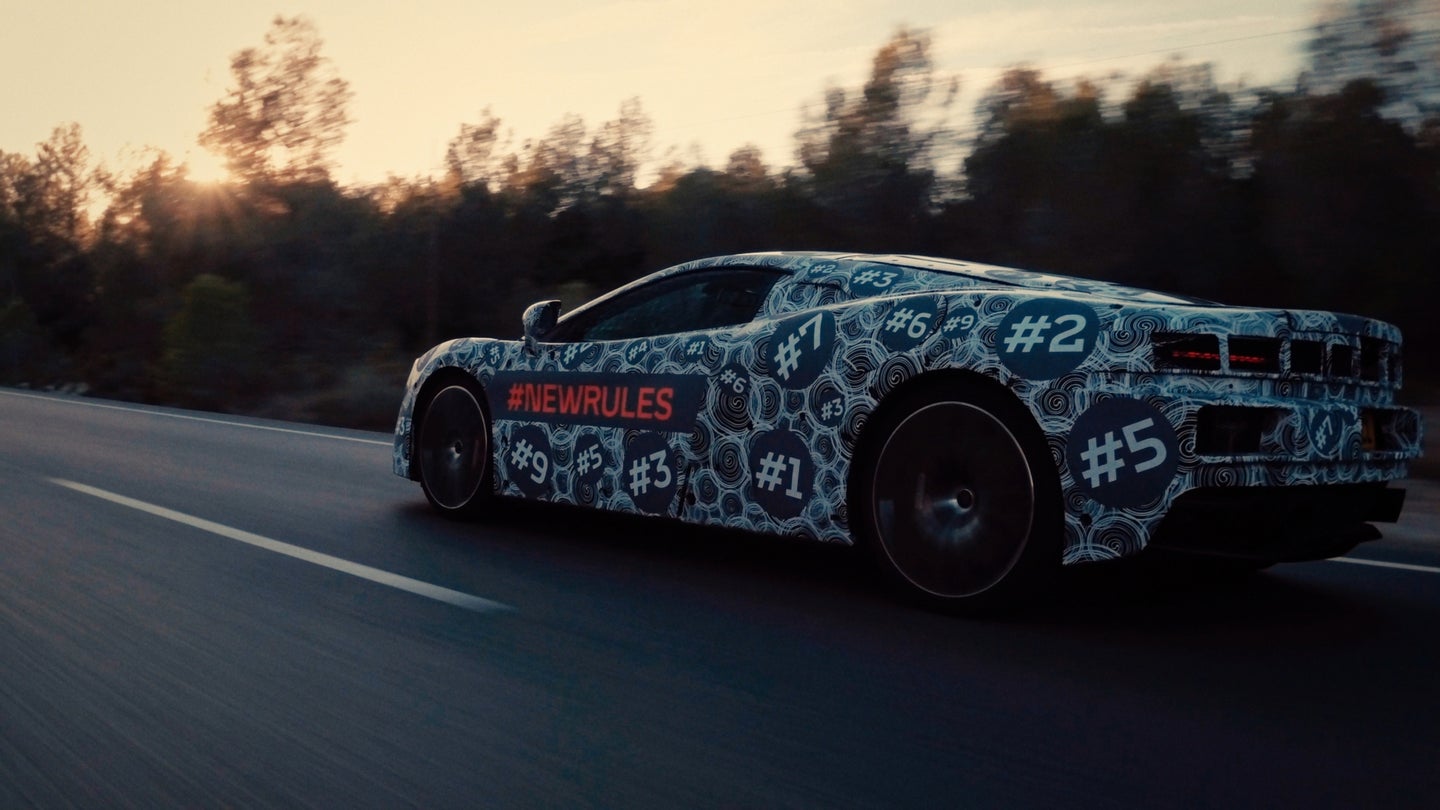 McLaren will debut its own mid-engined grand tourer, and although no specific date was given, the automaker claimed it would be released "in a few months" at its 2019 Geneva Motor Show press conference on Tuesday. Seen camouflaged in a teaser video, the "McLaren of grand tourers" will apparently let its driver traverse through continents with the gusto of something like the Bentley Continental GT but still be lightweight and agile, like a McLaren should.

"The fourth McLaren to be introduced under the Track25 business plan will be our interpretation of the grand tourer," said McLaren CEO Mike Flewitt. "It will be a car that combines competition levels of performance with continent-crossing capability, wrapped in a beautiful lightweight body. It's a car that has been designed for distance and one that will also provide the comfort and space expected of a grand tourer. But with a level of agility never experienced before in this segment."

"It will be the lightest of grand tourers and by also having the best power-to-weight ratio, I promise it will be one of the quickest," Flewitt added. "In addition, it will be the only grand tourer to share its DNA with the 250-mph McLaren Speedtail."

The company says the car will feature a sleek design where every detail serves a functional purpose and that its interior would be spacious and luxurious, touting it as "the most usable mid-engined car yet." While the upcoming GT's name remains a mystery, don't expect it to fit into any one of McLaren's Sports Series, Super Series, or Ultimate Series product lines. The new car will completely be its own thing.