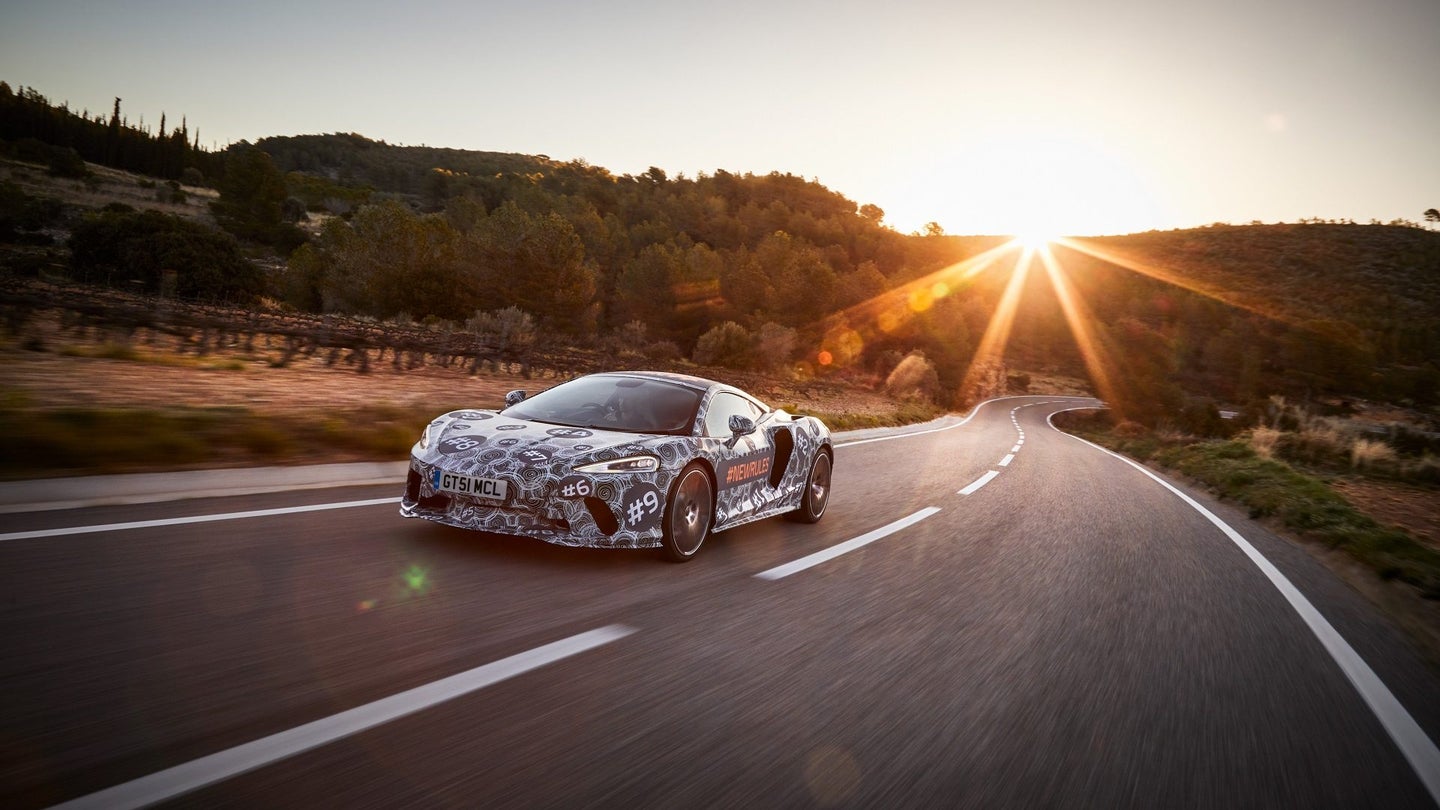 Announced at the 2019 Geneva Motor Show, McLaren's upcoming grand tourer is being teased once again. This time, it's lost a lot of its test mule body-cladding, giving us the best look yet at Macca's continent-crosser. It's still wrapped in a swirly, vision-scattering disguise, though, but the automaker says it'll lose that as well and make its official debut early next month.

McLaren says the car is currently in its final testing stages, already having covered thousands of quality assurance miles in varying climates and locales. To test out its capability as a grand tourer, the upcoming GT—along with two occupants and their luggage—is set to embark on a 1,000-mile journey from Barcelona to McLaren headquarters in Woking, England. It's a nice gig, if you can get it.

The company has previously said that its new model will be powered by a twin-turbo V8 and offer a level of agility unprecedented in the segment. It's also said that it'll be "the most usable mid-engined car yet" and share genes with the 1,035-hp Speedtail hybrid hypercar—the only car in McLaren's regular lineup to do so. Curiously, the car won't fit into McLaren's existing Sports, Super, or Ultimate Series of cars, opting to be its own thing altogether.

While the grand tourer's official name has yet to be announced, don't expect it to be called the McLaren GTZ. The Drive discovered a trademark filing for the moniker just last week but was later explicitly told by McLaren that it would not be the new car's name.

The model name was just filed with the United States Patent and Trademark Office last week.