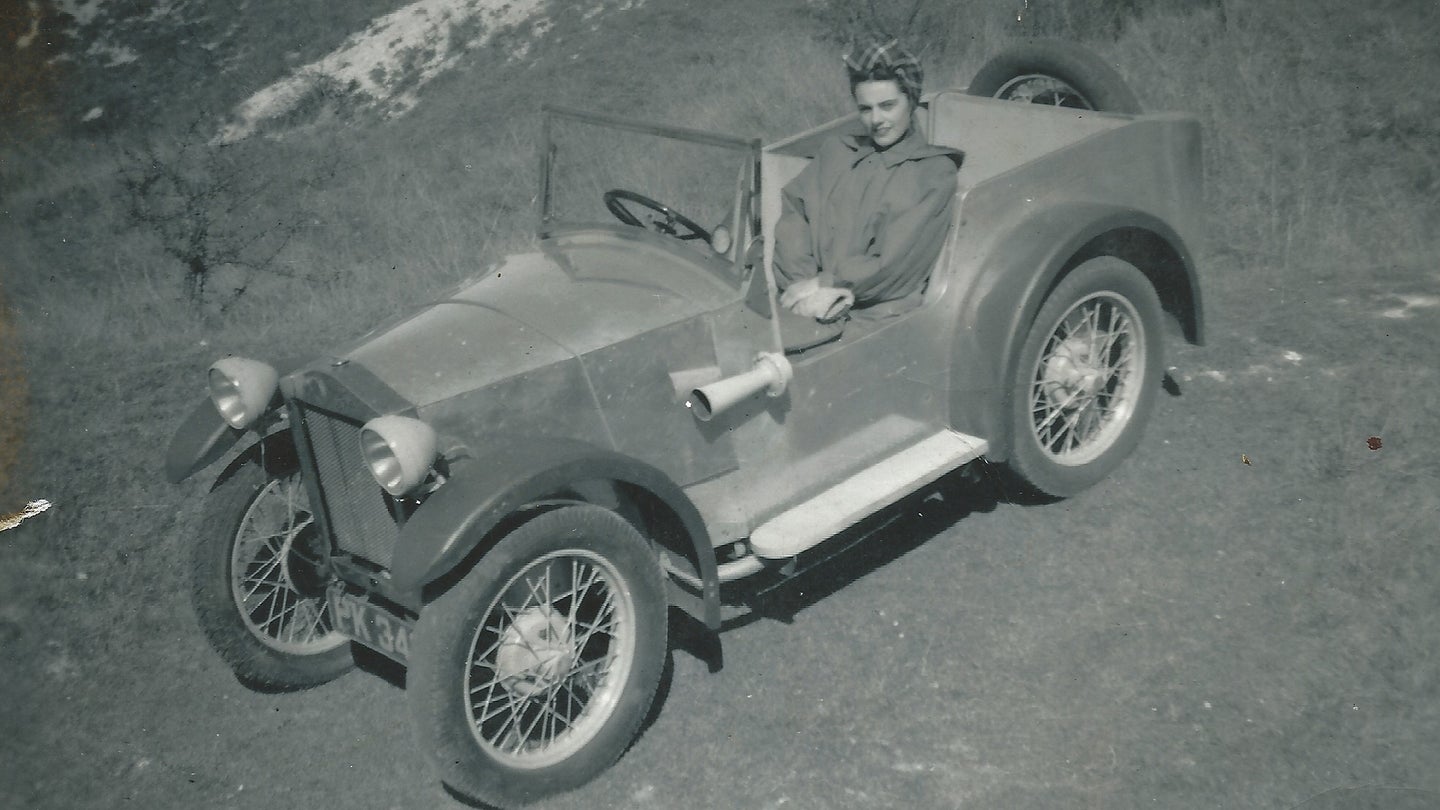 Go look in your garage. Is there a 1948 Lotus Mark I hand-built by Colin Chapman in there? If so, Lotus would really like to know. In celebration of the 70th anniversary of the car—which is actually four years older than the company itself—Lotus wants to track down the original car that started it all.

What makes this such a special car isn’t just the fact that it was the first one that company founder Colin Chapman built. It’s also the car that created the formulaic approach Lotus applies to sports cars to this day. Chapman took a chassis from an Austin Seven and added lightness by using aluminum body panels. Beyond that, he tuned the engine and suspension for better performance to create a light and agile sports car, at least by 1948 standards.

The car was built in a garage owned by the parents of this then-girlfriend and future wife Hazel, who gave him a hand building the car when needed. The couple would go on to win two class awards with that Lotus Mark I in its first events, which proved that Chapman was onto something with his performance philosophy.

“The Mark I is the holy grail of Lotus’ history,” explains Colin Chapman’s son Clive in a press release. “It’s the first time that my father was able to put his theories for improved performance into practice when designing and building a car. To locate this landmark Lotus, as we celebrate the 70th anniversary, would be a monumental achievement. We want fans to take this opportunity to look in every garage, shed, barn and lock up they’re allowed to. It’s even possible that the Mark I was shipped from the UK, and we’d love to know if it survives in another country.”

The car’s whereabouts have been unknown since it was sold in November of 1950 for just £135. Adjusting for inflation and exchange rate, that's about $6,600 in today's dollars and we have a feeling it’s worth a lot more than that now. This isn’t the first time Lotus has tried to track down its first car, but it's renewing its efforts on a global scale to find it.

Champan’s unique take on automotive performance 70 years ago has helped shape future generations of sports cars that wouldn’t have been possible without his ingenuity. Finding his first car would be a big deal and Lotus would surely appreciate your help in finding it if you happen to have any information about the car’s whereabouts.