A more affordable Lotus thanks to parts sharing between brands like Volvo and Mercedes-AMG.

British sports car builder Lotus has come a long way since Colin Chapman founded it more than 70 years ago. Yes, the brand's changed hands several times over its lifespan, but its mission has always stayed true to Chapman's pursuit of the perfect race car—only slightly tweaked to be a bit more road-friendly and, most importantly, road legal. This holds especially true when it comes to the upcoming Lotus Emira, which will leverage its parent company's industrial might in order to be a hit with new customers.

In 2017, Lotus was bought by Geely, a Chinese group that holds an assorted bag of automotive brands. This move gave Lotus an arsenal of parts at its disposal, helping to keep the carmaker afloat and its products, more affordable. In an exclusive interview with The Drive, Lotus Cars' Managing Director Matt Windle recently revealed that the automaker relied on this strategy while building the all-new Emira, reaching into the Geely's "supermarket" of parts to build the car. You can read the full interview here.

"We've gone to Volvo to license parts," said Windle. "There are Volvo parts on the Emira, column stalks and things like that."

Lotus aside, Geely's assortment of brands includes Volvo, Polestar, Smart, and more. One benefit of being owned by a company with multiple brands under its belt is technology sharing.

"There's the supermarket of parts that are out there on the shelf, if you like. Technologies across the group," Windle told The Drive. "The most simple way of explaining it is if you went to another OEM, you would have to pay to go into that supermarket. With us, we're able to walk into the supermarket, have a look at the products that are on the shelf. Then if we want some, we buy them. We license it, we share that technology."

And while Lotus often looks within Geely's supermarket, it's not limited to just bringing in technology built by its sibling brands. A perfect example of cost-savings while sourcing outside of the brands is the Emira's powerplant. Lotus knew that it needed to make the Emira a proper send-off for the internal combustion engine, but it also needed to be affordable. Y'know, a car that emphasized the brand's fun factor, but also something that could potentially park a Lotus in more garages around the world thanks to a lower entry price.

Lotus ultimately partnered with AMG to offer a 360-horsepower, 2.0-liter turbocharged four-cylinder engine in the Emira. This gives buyers the option for a potent, hand-built engine paired with a dual-clutch transmission—all within a package starting under $80,000. Of course, there are other options too, including a tried-and-true, supercharged Toyota V6.

"We did go and look at the group first, but we just felt there was nothing in the group that we wouldn't have to develop further to give it what we needed for the sporty engine that we're looking for," said Windle. "We were working in parallel, looking for engines that are out in the market. When AMG said they were willing to work with us on it, it's pretty hard to look past it. It's a fantastic engine."

That AMG four-cylinder detail goes to show that the Lotus internal combustion send-off isn’t meant to be a fire-breathing supercar—or even electric hypercar for that matter. Instead, it capitalizes on corporate synergies to deliver a more mainstream, usable, fun-to-drive, high-performance car. 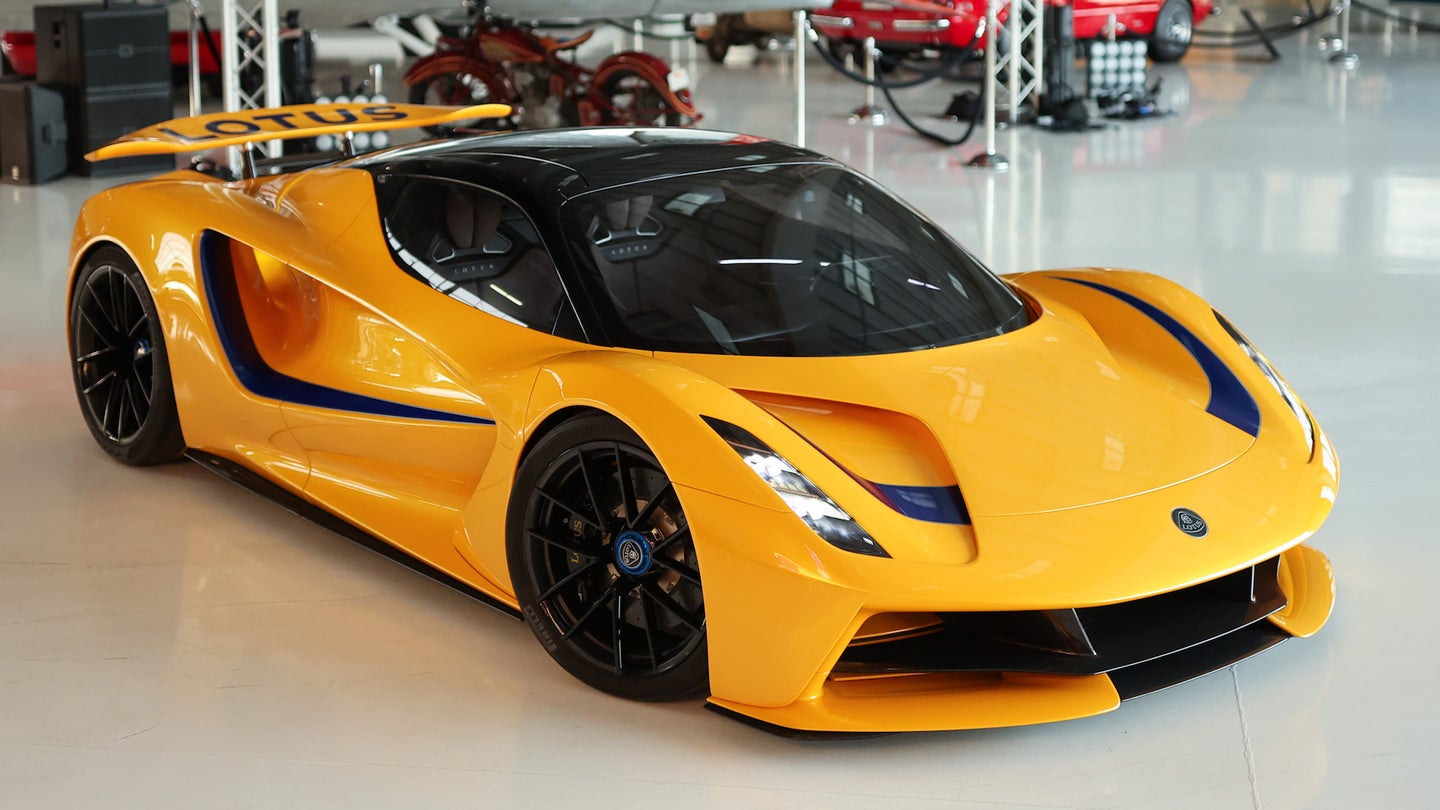 It wasn’t just your hopes and dreams that were put on indefinite hold last year. Lotus’s halo car was too. 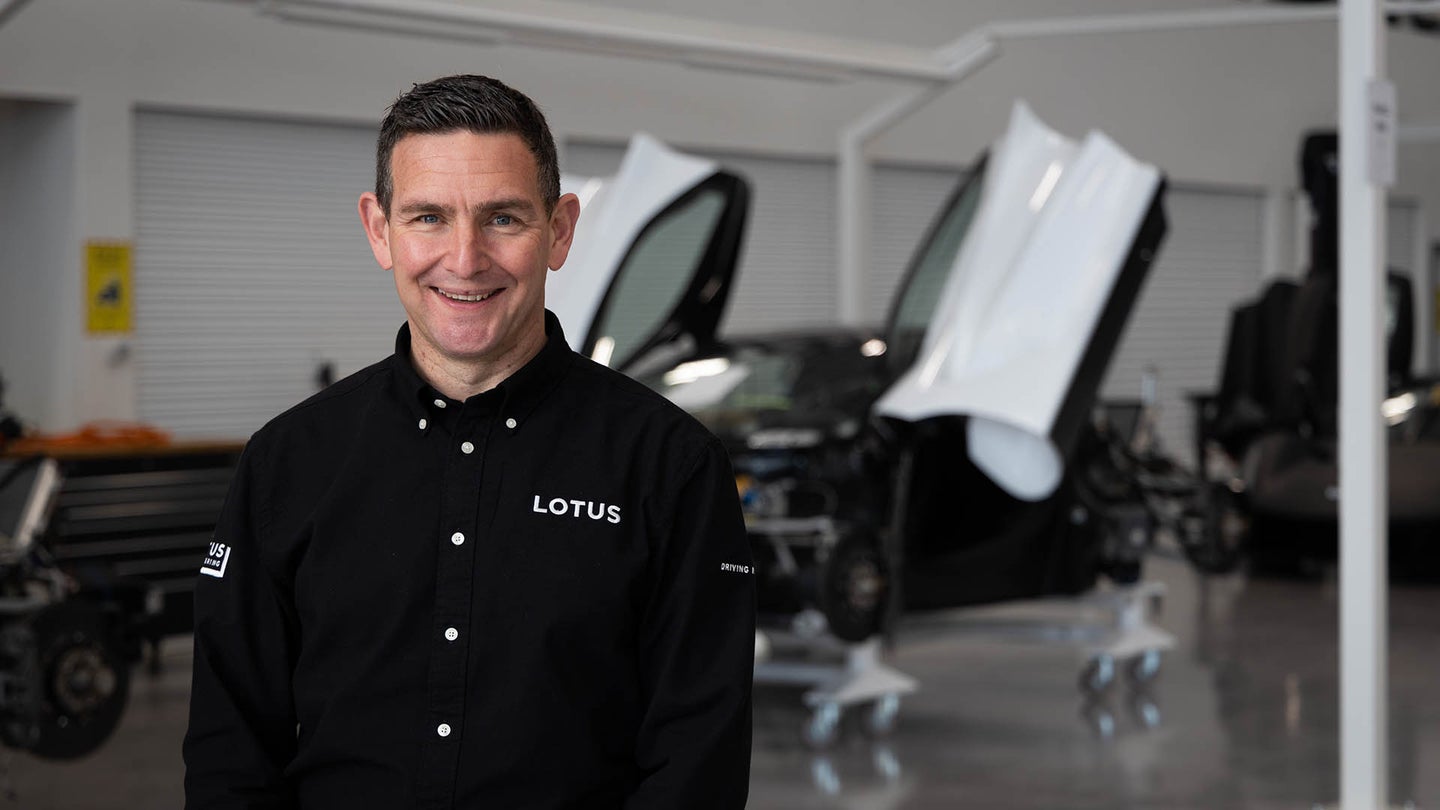 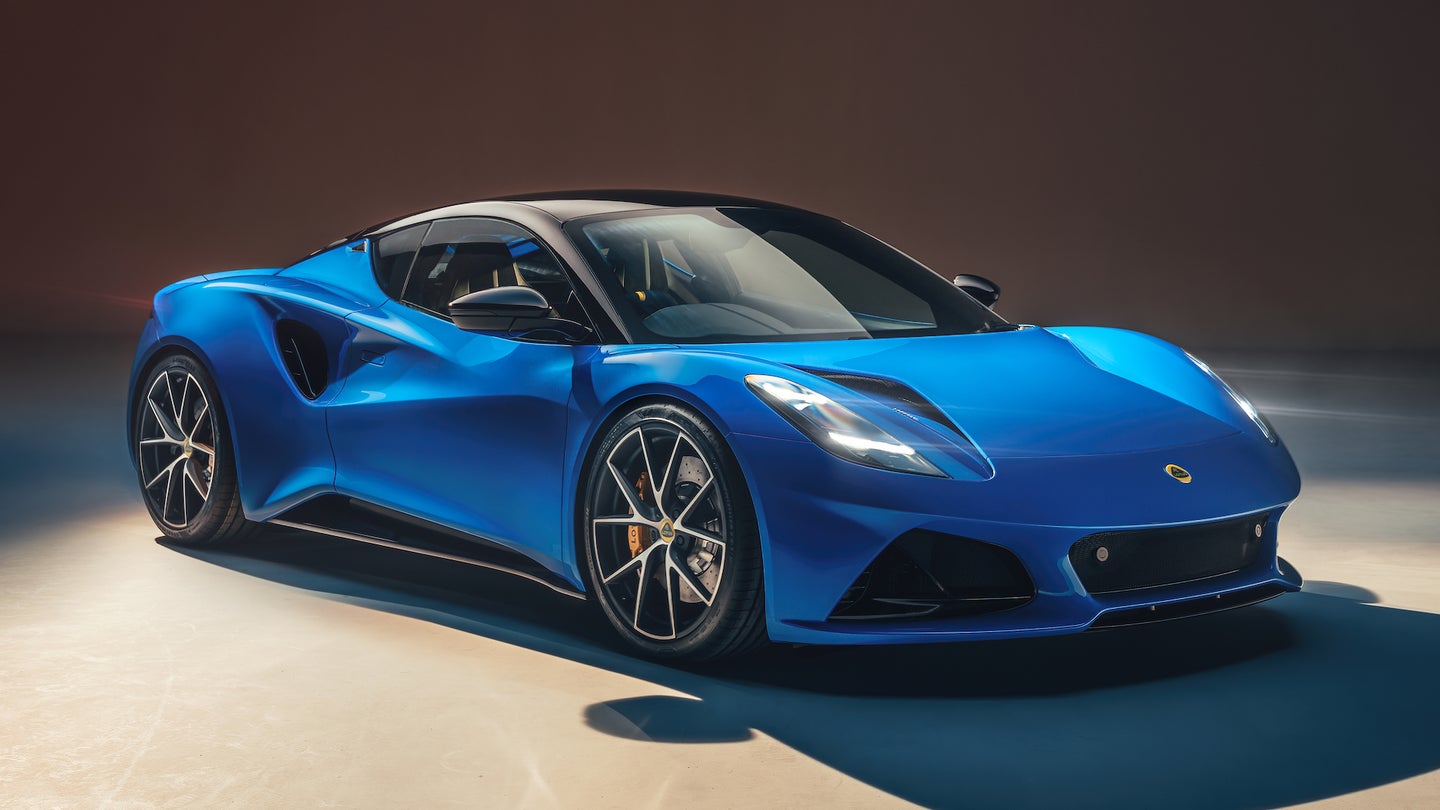