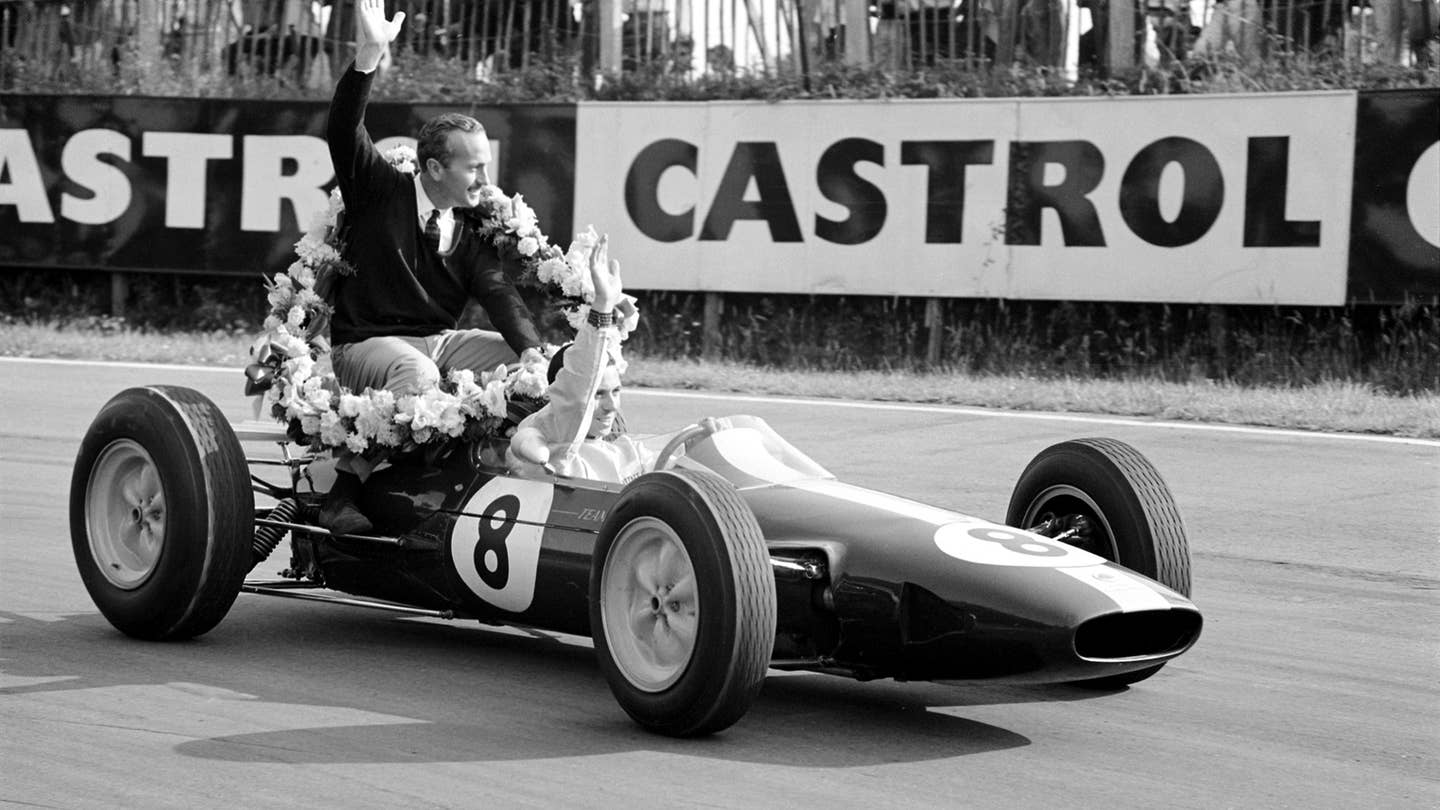 They were unlikely brothers, the quiet Scottish farm boy and the rakish English engineer. They met at in 1958, at Brands Hatch Circuit near Kent, England, dicing together in a pair of identical Lotus Elite coupes at the head of the pack. Even then, there was an instant understanding between the men, a sort of telepathy that would go on to change, and guide, the course of auto racing. Colin Chapman would say of James Clark, after his untimely death: “He will always be the best. I’m sure in time someone else will come along and everyone’ll hail him as the greatest ever. But not me. For me, there will never be another in Jimmy’s class.”

He was born the youngest of five in Berwickshire in the Scottish Borders. The only son, he spent his early years in a simple, bucolic life, far from the roar of speed and danger that would consume his later days. He drove the family car in secret, fooled around on a tractor in the fields. It was a quiet existence, one that left him permanently shy and introverted, no fan of the limelight.

Colin Chapman, on the other hand, was older, already established as a constructor of racing cars when the two men met. Having learned to fly at university, Chapman had the air of a dashing aviator, clipped mustache and all. He was brilliant at automotive design, crafting spindly little cars that held together with hidden strength. They were like early aircraft in construction—fragile, yet capable of great feats of speed when handled by the right pilot.

After that chance meeting at Brands Hatch, Chapman offered Clark a job. It would be one of the smartest moves he'd ever make. The fledgling Lotus was at the forefront of Formula 1 at a time when trial-and-error was very much part of the testing process. While the quiet, deliberate Clark didn't have an engineering background to match that of Chapman's, his deep mechanical sympathy combined with immense reserves of raw skill made for the ideal partner in developing Lotus's racing cars. When Clark spoke, Chapman understood, even though few others did. They were always huddled together, tweaking and changing and prodding, working with the harmony of a pair of long-practiced musicians.

Clark was a natural, perhaps the finest pure driver to ever grace F1. There's no way of knowing where his skill came from; strangely for a racer, he rarely drove at the limit, always holding something in reserve. His style was pre-polished, almost, and evolved into the same mirror-shine as the aluminum skin of his racing machines. After bringing Clark onboard, Chapman stopped racing. Maybe he realized that he'd finally found a talent worth building cars around.

Even when the cars weren't right, Clark's abilities let him make up for deficiencies. It was all a dance of wrists and elbows, grace under pressure. The few times he really pushed hard, it was because he thought he'd made an error; at the Nürburgring in 1962, he forgot to arm his fuel pumps at the start and was left behind. Within a few laps, he caught up.

“In the Italian Grand Prix at Monza in 1967,” wrote Chapman, “He did something which up to that point I, and I think most people, had felt was impossible. He had a puncture which dropped him a lap and a quarter behind, and at Monza he actually made up a lap on the field—even if you do have a capability of going faster than the other drivers, at Monza you invariably end up towing them round with you. But Jimmy actually caught the leaders, left them, and then made up a whole lap on them. This I think was a virtuoso drive which no other driver has ever equaled or will ever be able to surpass.”

He would soon overtake Juan Manuel Fangio in Grand Prix victories. Clark was twice World Champion, twice a second-place finisher at the 24 Hours of Le Mans. In 1965, he took a rear-engine Lotus of Chapman's design to victory at the Indy 500.

“A Scotsman completed the remodeling of the world’s biggest automobile race yesterday,” one newspaper reported the next day. “He buried an era with it.”

No front-engine racecar has won the Indy 500 since.

Three years later, Jim Clark was killed in a crash at Hockenheimring, aged 32. Colin Chapman and Lotus would go on to win again and again, pioneering ground effects and minting new World Champions. But it was never the same, never the same as when two brothers talked quietly in the pit lane, seeing the solutions, understanding one other perfectly, revolutionizing racing in their own unique language.