You can buy this V8 Focus on Craigslist right now. 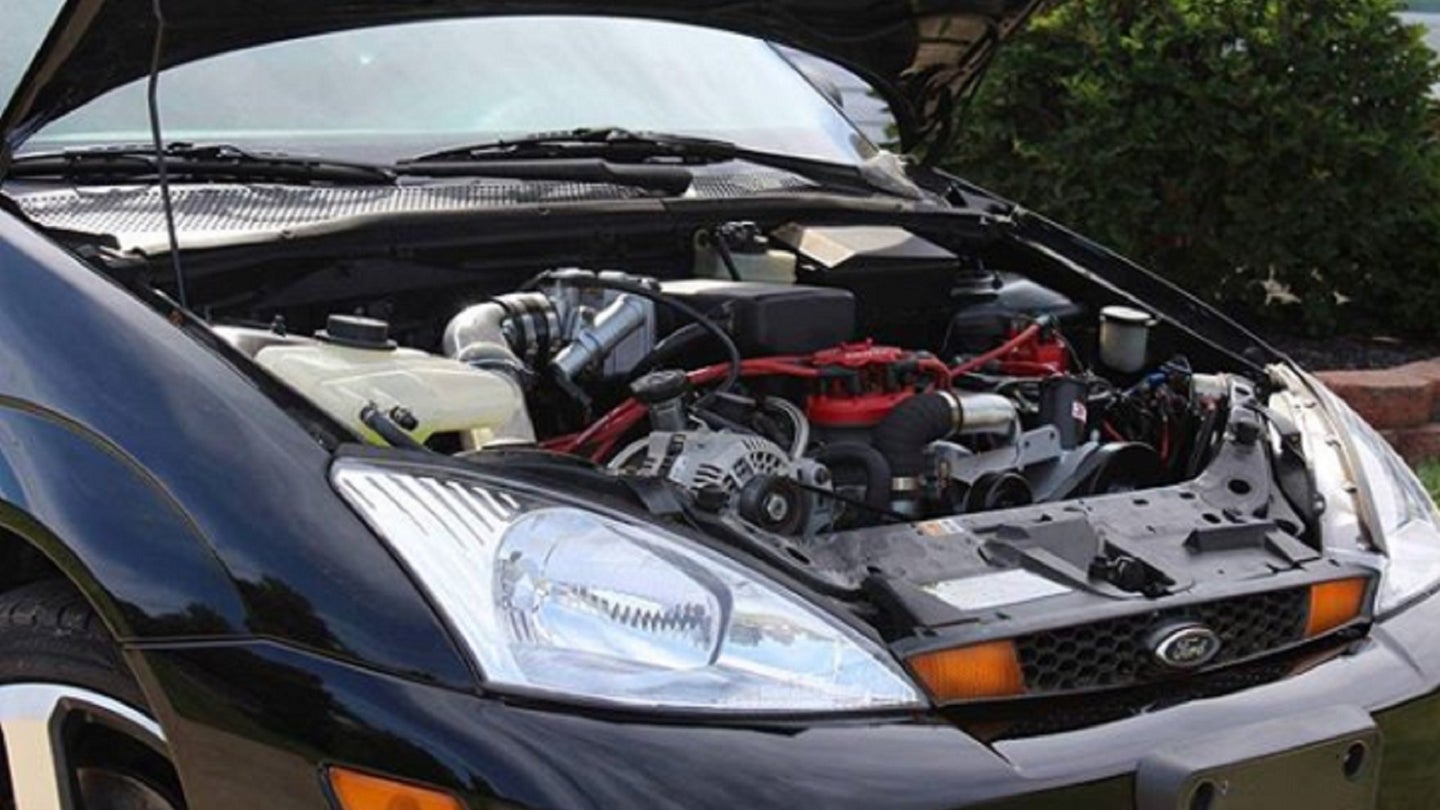 The builder and seller of this car is Tony Williams, a Fox-body Mustang enthusiast with an Instagram containing many pictures of the build. "I'm known for building and restoring Fox-body Mustangs so I wanted to do something different," Williams told The Drive. "I'd seen the release article on the V8 Focus by Kugel Konversions that intrigued me. I had a 1991 Mustang that was salvaged. I had the parts and the [Focus] ZX3."

This kit enabled Williams to cram the classic Mustang 302 and T-5 transmission into the diminutive engine bay of his Focus. While most of these conversions are from carburated cars, Williams used the Mustang wiring harness to retain his 1991 model's fuel injection. The kit features a custom engine cradle, front suspension, and rear end.

That's right, this Focus is rear-wheel drive, with an 8.8 rear end and new 3.55 gears from Ford Motorsports. The suspension is all Kugel as well, with QA1 adjustable shock absorbers on the rear. A dual exhaust replaces the tiny single pipe of the original four-cylinder.

I enjoyed the bare-bones Focus SE my wife and I owned. It was a great handling practical car, but its 112-horsepower engine was rather lacking. Clearly what that car needed was a Mustang 302 under the hood. If you'd rather not build your own, you can buy this one right now on Craigslist.