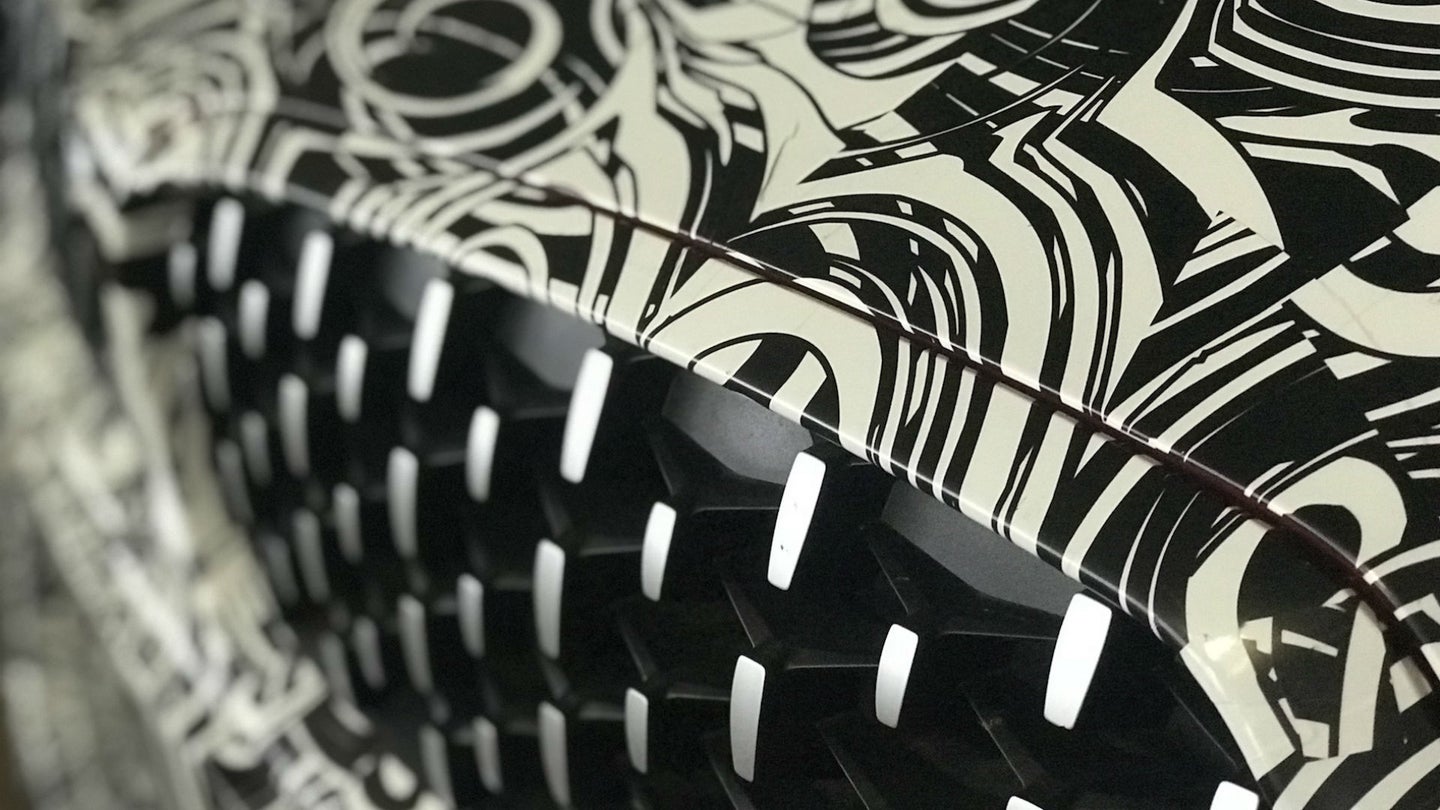 BMW teased a new addition to its model lineup in a press release on Monday, which will make its official debut at the Pebble Beach Concours d'Elegance in late August during Monterey Car Week. The release calls the mystery model "an emotional addition to the BMW range," so expect something that will excite even the most hardcore Beemer fans.

The Bavarians are being very cryptic about what the car will actually be, but all signs point to the final, production-ready variant of the new Z4 sports car, a concept of which was revealed right before Pebble Beach last year. The G29-generation Z4 will sit on the same platform as the new Toyota Supra and is expected to launch in early 2019.

A teaser photo of the BMW's signature kidney grille is included in the release. Athough said grille looks much less pronounced and sloped than that of the Z4 concept that premiered in 2017, recent spyshots of the Z4 posted by BMW are more in line with this image.

Whatever the new model is, it will be on display at BMW's press conference alongside the 2019 M850i xDrive Coupe and the Concept M8 Gran Coupe. The latter two cars are just the beginning of the revamped 8 Series, which sits at the top of BMW's model lineup.

“The BMW 8 Series will take over as the new flagship model of the BMW line-up and, as such, combines unsurpassed sportiness and elegance,” explained Adrian van Hooydonk, Senior Vice President BMW Group Design. “The BMW Concept M8 Gran Coupe offers a look ahead to the most exotic and alluring variant of the new BMW 8 Series.”

The BMW M2 Competition Will Puff Out 410 Horsepower

BMW has announced a full roster of performance specifications for the M2 Competition, most of them better than previously thought.

BMW Raises Price of X5 and X6 Overseas, Cites Tariffs as Cause

The luxury automaker will raise costs of its U.S. manufactured SUVs to offset the cost of retaliation tariffs.