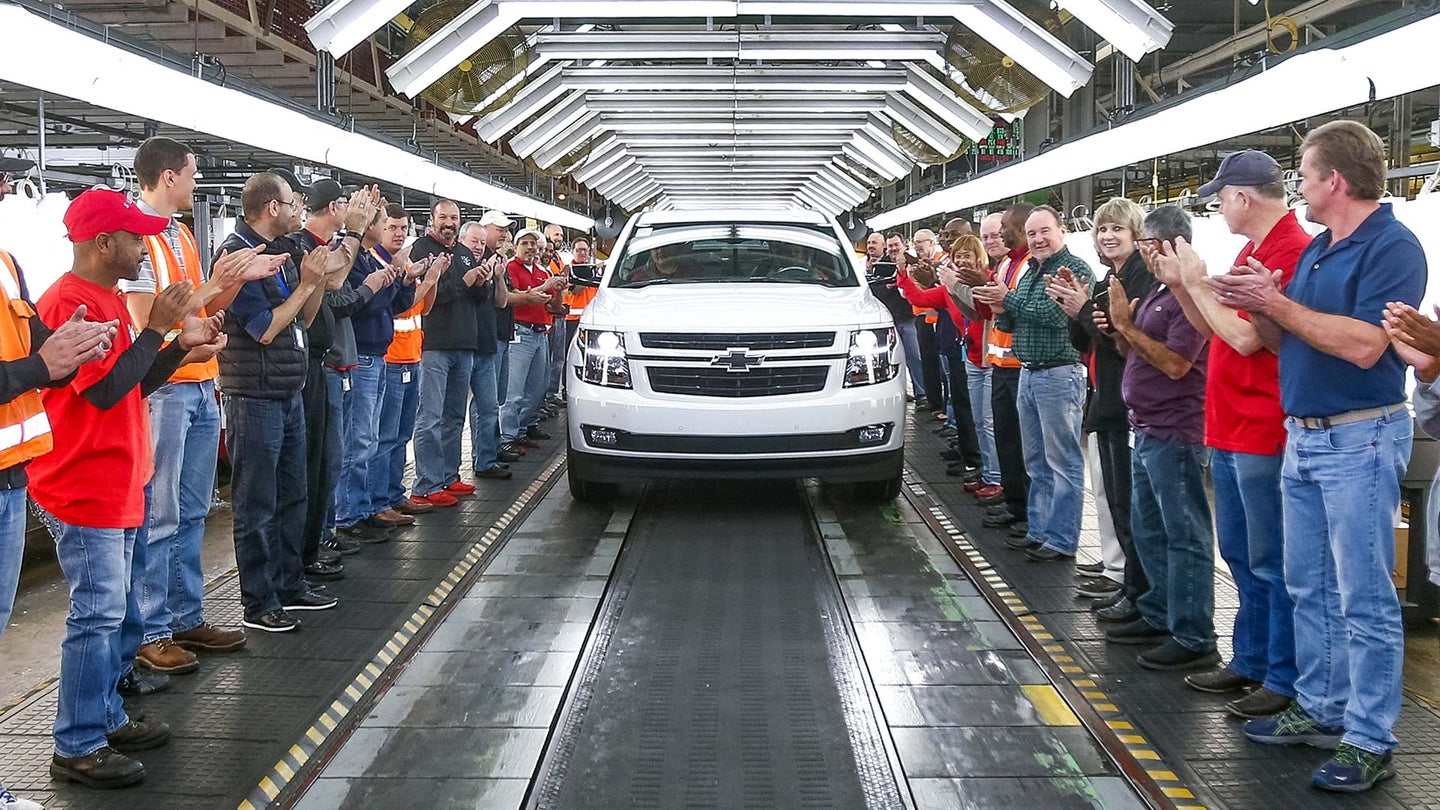 It is no secret that General Motors has produced an insane amount of vehicles since its founding in 1908. Between being part of the big three, having a massive fleet division and constantly finding themselves at the top of numerous vehicle segments, we aren't surprised to hear they produce millions of vehicles a year. That being said, 11,000,000 vehicles from one plant is extremely impressive.

Nearly one in two full-size utility vehicles sold in the US come out of a Chevy plant and the vast majority of them come from the Arlington Assembly Plant specifically. The lucky vehicle to hold the 11,000,000 title is a white 2018 Chevy Tahoe RST. This performance version of the Tahoe packs 420-horsepower from a 6.2-liter V8, as well as the increasingly popular 10-speed automatic transmission, Brembo brakes, a Borla exhaust and 22 inch wheels. In addition, the Tahoe RST has a body color-matching grill, black decals and a sub-six second 0-60 mph time.

Although the Tahoe may not match certain luxury standards found in the Land Rover Range Rover, this full-sized SUV has trims all the way from pursuit-rated to Premier. Congratulations to GM and all the hard-working men and women at the Arlington Assembly Plant for hitting such a milestone.