What Do You Want to Know About the 2021 Cadillac Escalade?

It's big, it's thirsty, it has a lot of screens. 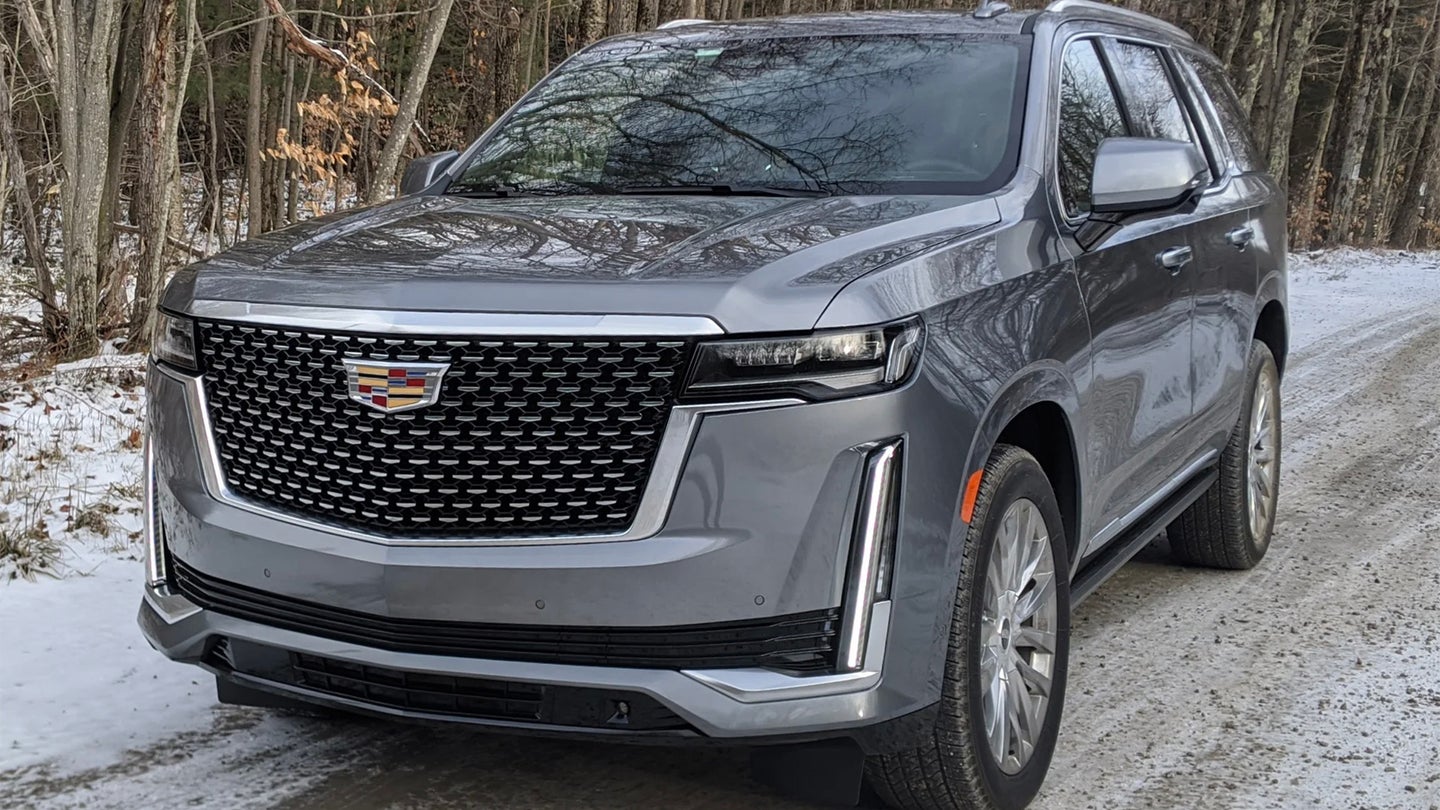 The new 2021 Cadillac Escalade is massive, opulent, and has the sort of technology that makes your latest smartphone feel years behind the curve. The whole car makes a lot of other vehicles look old, in fact, but much of it is familiar as well. I have one on loan for a week from Cadillac, and although I have initial impressions, I'm more interested in what you want to know about it.

That's because, well, this truck is apparently controversial. I don't think it's controversial—I think it's a massive steel box built around a leather-bound OLED display. I'm well aware it gets 16 combined MPG, but needless to say, I'm not buying one. I drive a Cobalt SS, for Pete's sake, and I am clearly very happy with that decision.

My test car is a hair into the six-figure range, and the starting price of an Escalade is $87,290 including destination. I'm certain that the price will be down to about three dollars in a few years due to the cataclysmic depreciation of vehicles like his, but there aren't many used 2021 Escalades yet.

In pictures, this truck looks pretty awkward. The nose is tall, there are wide swathes of unadorned sheet metal, and the whole thing looks a bit... untailored. In-person, it's definitely better. I'm not short, so I don't think the nose is too tall, either. I'll have to find some short people and get their opinion. 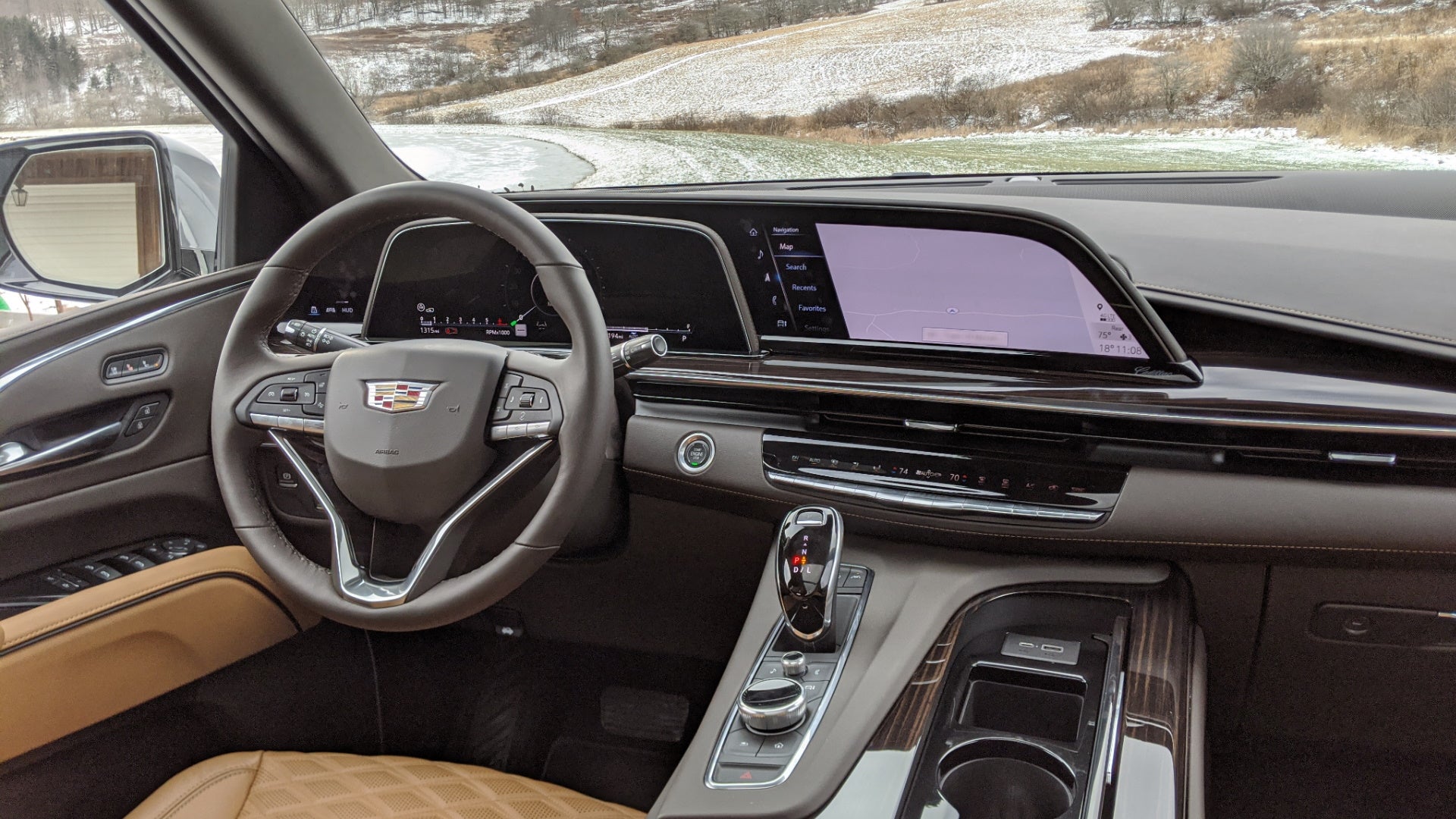 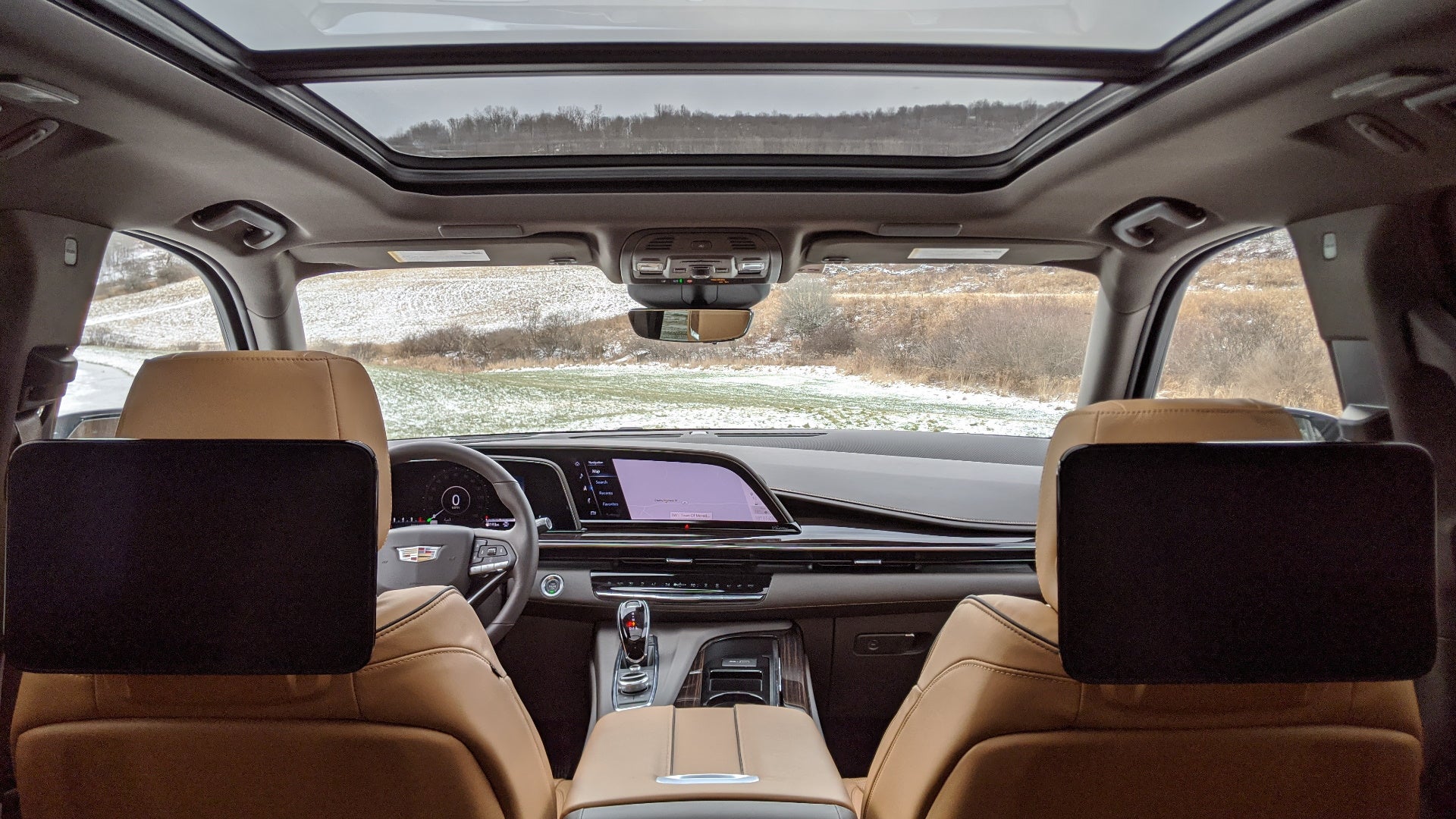 In person, one can also appreciate the truck's interior, which, thanks to the massive OLED display and endless leather, feels worthy of the car's sticker price. Initial impressions are good. It's a $100,000 Cadillac. It's the real deal.

So, what do you want to know about it? Pepper me with questions in the comments. The best ones I'll answer in the final review—you have my word.