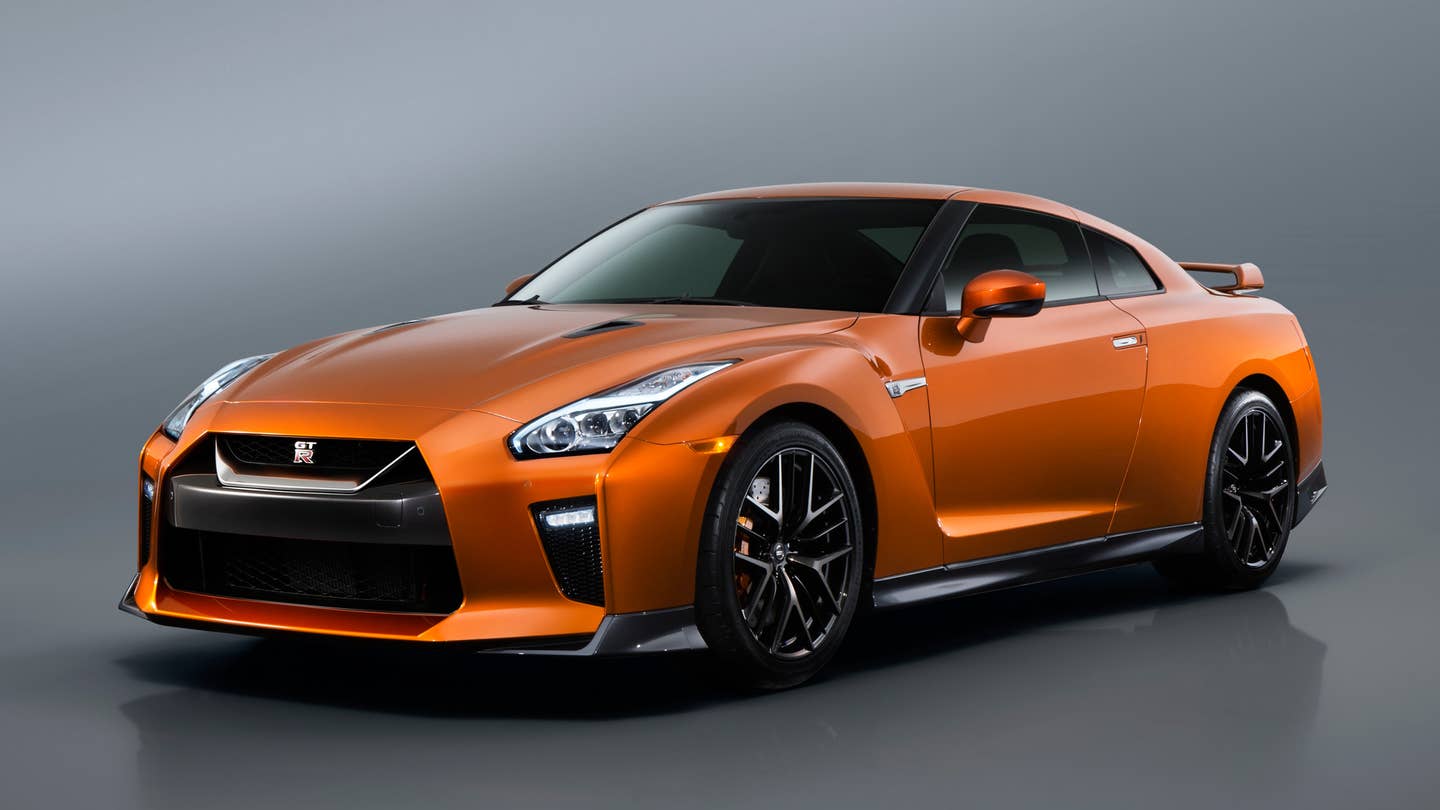 When we heard Nissan was planning to update the GT-R for the 2017 model year, we figured the automaker would be subtly tweaking the same way it has been for the last decade: a little more power, a slight change to the styling. Which, admittedly, is basically what Nissan did. But, this time around, the result seems to be greater than the sum of its parts—at least, at first glance.

The most obvious change is the 2017 GT-R's new front end. Clad in a variation of what Nissan calls "the V-motion grille"—the front fascia design scheme that first showed up on the Maxima—the GT-R's maw has been enlarged to let more air flow through, as well as given a matte chrome finish and a new pattern. The new front lip spoiler adds both downforce and coolness. Likewise, the side sills have been bumped out a bit for both aerodynamic and appearance purposes. The rear end's taller belt line and spiffed-up rear body work, though? That's just for looking cool.

Inside, the dashboard is new, as is the steering wheel, which now has shift paddles attached to it rather than the steering column. The old-school-Boeing layout of hard switches scattered everywhere has been replaced with a new-school-Boeing series of screens and LCD panels, with an iDrive-like control knob sprouting between the seats to flick through the GT-R's many menus.

But this is a GT-R, so all that's secondary to what's under the hood. The newest version of the R35 still rocks the 3.8-liter twin-turbo V6 it has since 2007. For the new model year, though, the wick's been turned up to 565 horsepower and 467 pound-foot. It's a mild update numbers-wise, but Nissan says the changes have improved the GT-R's mid-range acceleration. (Was anyone complaining that the GT-R had insufficient mid-range acceleration?) There's a new titanium exhaust system, too, and the six-speed dual-clutch 'box has been retuned to shift less-harshly, a complaint with the older models.

All told, it's a moderate set of updates that ought to be more than enough to carry the R35 through the next year or two, until that fancy-pants hybrid model shows up. Oh, and that dreamy tangerine color? It's new for the 2017 model year. Nissan calls it "Blaze Metallic." We call it "required."