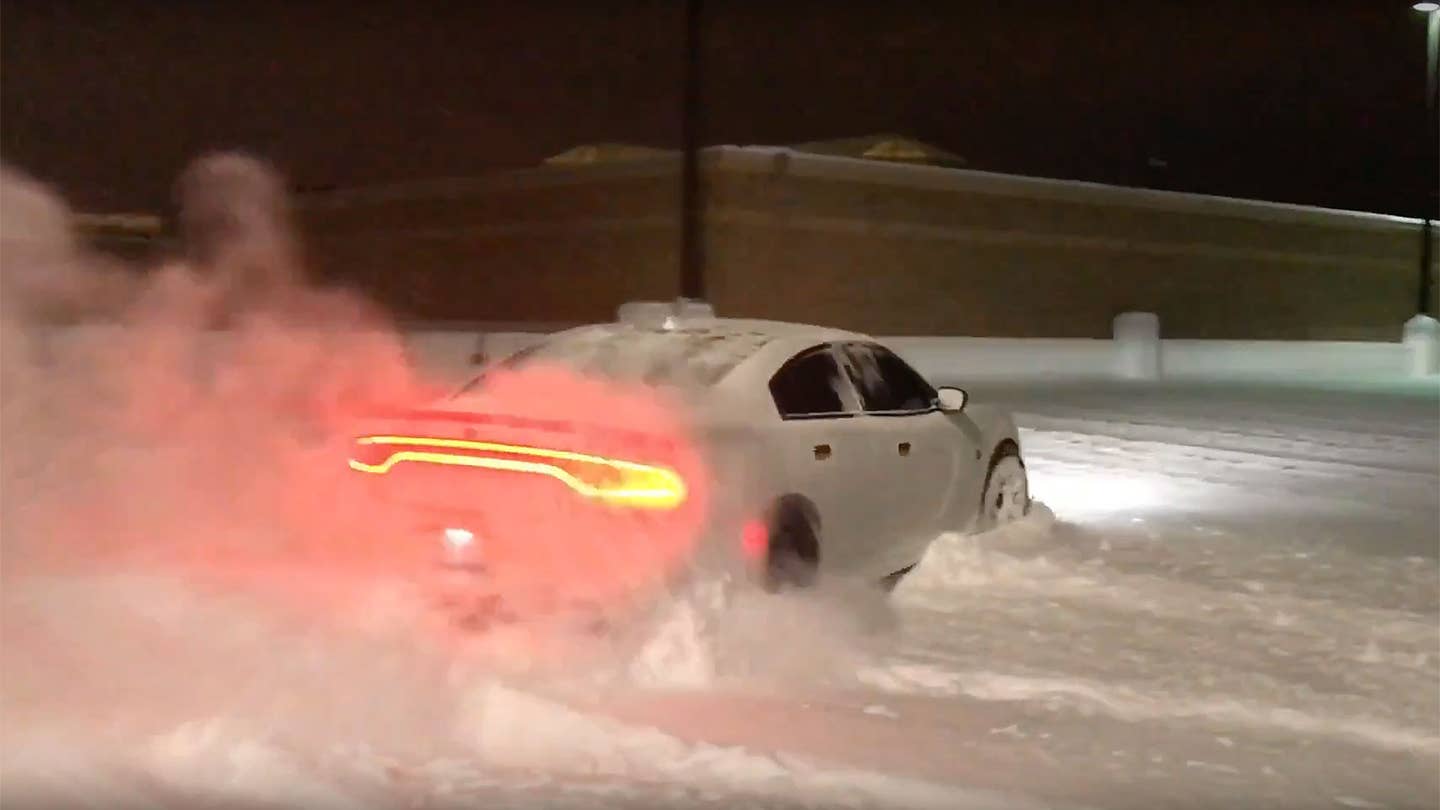 Take it from someone who's driven one: The Dodge Charger Hellcat is rarely not wanting for traction. With a 707 horsepower supercharged V8 channeling its muscle to a pair of rather skinny wheels parked at the lighter end of the car, the only thing keeping it from spinning its tires are a NORAD-level network of electronic sensors and control systems that modulate the power to usable levels. And that’s on dry pavement. Toss some moisture—especially the frozen variety—onto the road, and the car becomes nigh-on undrivable.

But should a Hellcat find itself in a snowy situation where it has room to romp, where there’s plenty of slippery snow and nothing to run into....and that crisis of grip suddenly seems like an opportunity for some good times.

Our primary piece of evidence: the following video posted to a YouTube account known as “Sinister Life,” depicting a white Charger Hellcat tearing up the empty rooftop of a parking garage covered in several inches of snow. For the better part of three minutes, the supercharged kitty pirouettes around in the powder as its snow tires push it around, V8 roaring as it bounces off the rev limiter over and over again before the cast of onlookers piles inside. (Based on their dialogue and the orange cones blocking off the rooftop at the beginning of the video, we’re guessing this Hellcat crew didn’t have the proper authorization to be there.)

Yes, it’s silly. But we’re not gonna lie: If we happened to own one of these muscle cats, we’d be out there hooning around in the snow every chance we could. (And you can bet your ass we’ll be asking Fiat Chrysler to borrow a Hellcat when the next snowstorm hits.)