How many cars have gone to the moon and back twice? This Acura has done it without any Ubering. 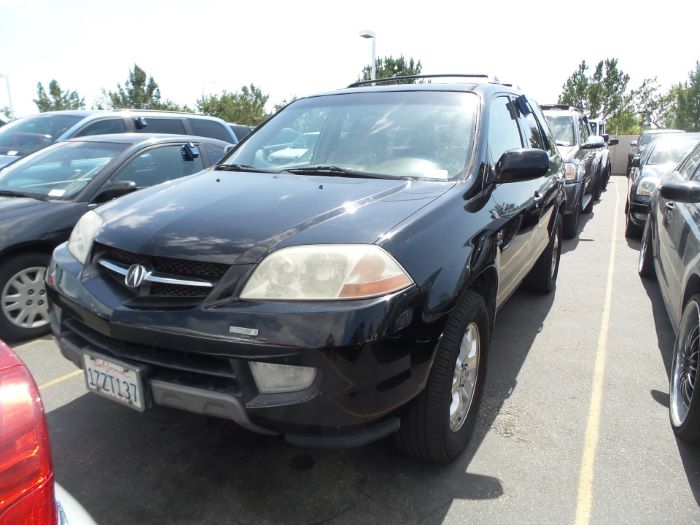 They are nothing but a bunch of parasites who feast off the misery and stupidity of those who can't do math. My name is Jeff Feiner, and I operate a taxi and limousine service out of Lake Forest, California which has flourished thanks to Uber hiring everyone who has a pulse and a pair of car keys.

I opened the doors to the Orange Taxi Company way back in 2009 when I became too old to work and too young to retire. My IT job at SBS Technologies went kaput and like so many Californians,  I had a decent home with a second mortgage that still needed to be paid off.

I was one of the lucky ones. As strange as that sounds back then Lake Forest looked like it had been hit by a neutron bomb. All the buildings were up and all the people were gone. In early February I went to my credit union to pick up some of my dwindling savings when I saw the one SUV that would change my life forever.

It was a 2001 Acura MDX that had just been repossessed. The mileage was just under 100k. Leather seats. 3rd Row. A TV/DVD player and pretty much all the options you can ever put in a Y2K era SUV. I had a little over $50,000 left and bought it for only $7000 because I had this strange idea that kept chipping away in my mind.

Why does everyone hate riding in a taxi? I had two answers to that question. First off, they're bright yellow and ugly. There's no other way you could describe an old Crown Vic police car that's had enough yellow paint splashed on to make a school bus envious. For a lot of folks yellow is the color of hideously noisy and loud school transportation and I'm sure none of us have fond memories of that.

Second, taxicabs in 2009 were mostly rolling dinosaurs. The Prius in 2009 was way too expensive. So the taxi industry relied on cars that depreciated little on a per mile basis and that meant most everyone in the business used Ford Crown Victorias that were purchased by local counties and cities. These dinosaurs offered about 300,000 miles of driving and only around $6,000 worth of depreciation over that period. But here's the flip side of that coin. Those cars just aren't nice no matter what you do to them. I didn't want to drive yet another Crown Vic that had piss poor mileage and the smell of cheap plastics.

I figured that 100,000 miles on an Acura was perfectly fine and as luck would have it, I was right on target with that prediction. The day after I got the MDX, I went to my old boss who had me meet one of the bigger wigs at SBS. I ,met a guy named Bob Aho who we all called Bobaho. Try to say that five times!

Bobaho gave me that Eureka moment about two minutes into our trip to the Longhorn Steakhouse. When he got in the Acura, he picked up a Sudoku book that my daughter had been working on and spent nearly the entire time working on it. A little later on in our lunch, I asked him if I could start transporting visitors from the Orange County airport to the nearby hotels.

Bobaho not only agreed to do it, he created a system that made it easy for all of Sharp's 30,000+ employees to book a reservation for themselves or their families who were coming in for a visit. It was a precursor to an app. All you had to do was either click a hidden icon at the bottom left of the main site, or if HR was handling it, they would offer a link that would go to the same web page that would let you book the reservation. That was all well and good, but what really set my company part was a checklist.

We put in about fifty different interests and hobbies and you could more or less X off the ones that interested you the most. When you were picked up, I made sure that you could read books, magazines, or even do puzzles that related to your interests.

We're so much better than Uber! These days we simply download all the reading material into tablets but until around 2014, we were the main recycler of old periodicals that the local libraries no longer wanted on their shelves. Nobody complained about reading anything old as long as it wasn't raggedy. We also used it as a roundabout way for our drivers, many of whom are retired school teachers, to establish relationships with our clients. Everyone loves a nice conversation about subjects that interest them and so our employees (not contractors!) will read up a little bit on each subject so that they know generally what to talk about if the subject comes up. Most of the time folks just talk about whatever's on their mind.

These days we have 14 black Acura MDX models that are constantly on the road. As for the one you see pictured here, we have a very simple maintenance formula for all our Acuras which now average about 10,000 miles a month on the road. Every 10k we change the oil with Mobil 1 synthetic and also do a drain and fill on the transmission fluid. New air filters are put on with every other oil change, and we also added a heavy duty transmission cooler from JC Whitney. Timing belt is done every 150,000 miles instead of 100,000 miles since Orange County has a temperate climate most of the time, and we always buy the best parts even if they cost a bit more.  Finally, we have the transmissions professionally rebuilt by our son who operates VTEC Auto Repair. Obviously all the Acuras get the work done there as well.

The VIN on this 2001 Acura MDX Touring model is 2HNYD18801H507799 . If you have a Carfax, feel free to look it up and you'll have all the proof you ever need. This Acura MDX really does have 946,252 documented miles on it.  You'll probably never see one like this unless you fly into Orange County's John Wayne Airport. But since we're on the subject, what was the highest mileage you have ever seen on a vehicle? Feel free to throw in an 18-wheeler if you happen to drive one of those.