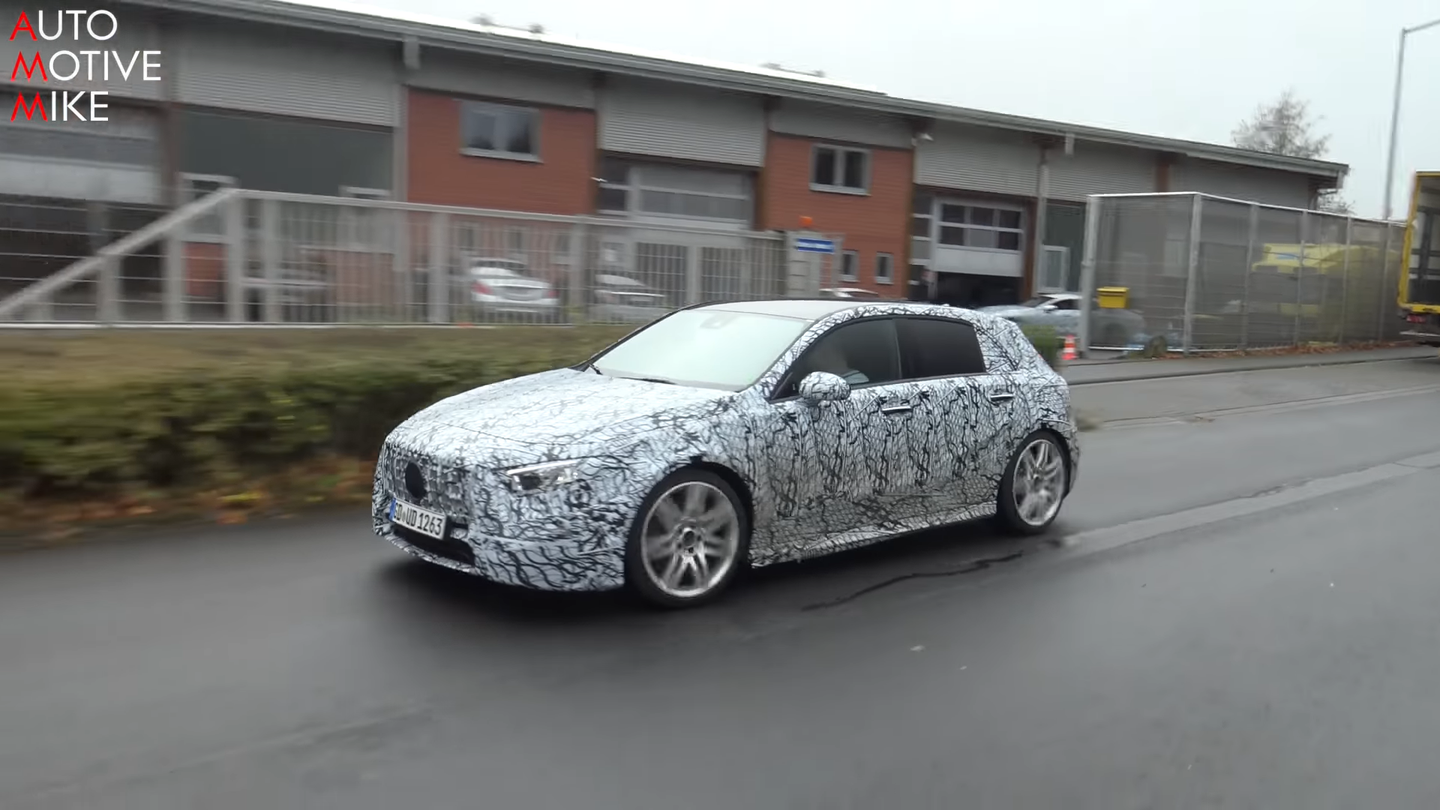 Sounds like the hot hatch wars are about to get a lot more explosive. In a report by Autocar, the next-generation Mercedes-AMG A45 will apparently boast "at least" 400 horsepower, promising to top the Audi RS3 which offers 400 ponies on the dot and will be significantly more firepower than the outgoing A45's relatively paltry 376 hp. For even more perspective, the Ferrari 360 only had 395 hp under its glass engine cover.

Autocar expects the new Mercedes hot hatch to be powered by a reworked version of the current version's turbocharged 2.0-liter engine which will include a 48-volt "mild hybrid" system. At more than 200 hp per liter, it's set to have the highest specific output of any AMG mill. Speaking of in-house records, the next A45 is set to become the most powerful production hatchback to ever come out of the German automaker. Zero to 62 mph will reportedly be dealt with in four seconds or less.

In order to cope with all of that grunt, the fast A-Class's transmission and all-wheel-drive system have been thoroughly reworked as well. It's set to receive a nine-speed dual-clutch automatic and an all-wheel-drive setup with torque vectoring and a more flexible front-to-rear torque split than before.

Reportedly known as "the Predator" internally, the next A45 will apparently feature an "ultra-low track mode," giving the AMG hatch the ability to hunker down for better body control on-track and on spirited Sunday drives.

What's more, company insiders have apparently told Autocar that a less potent AMG A-Class is also in the pipeline, taking the fight to the likes of Volkswagen's Golf R, the Ford Focus RS, and Honda's Civic Type R. That car is set to offer anywhere from 300 to 350 horsepower and is said to carry an A32 or A36 badge. "We’ve identified a market for a milder AMG model positioned below the A45 4Matic," AMG boss Tobias Moers told the British publication. "The strategy is going to be similar to that seen further up the line-up, where our various ‘43’ models support the ‘63’ models."

Look for the next-generation A-Class and its AMG variants to bow sometime in 2018.

AMG turns the C-Class convertible into a macho ride—and gives drivers the best way to hear the engine’s roar.