Daniel Suarez Wins the NASCAR Xfinity Championship and the Race 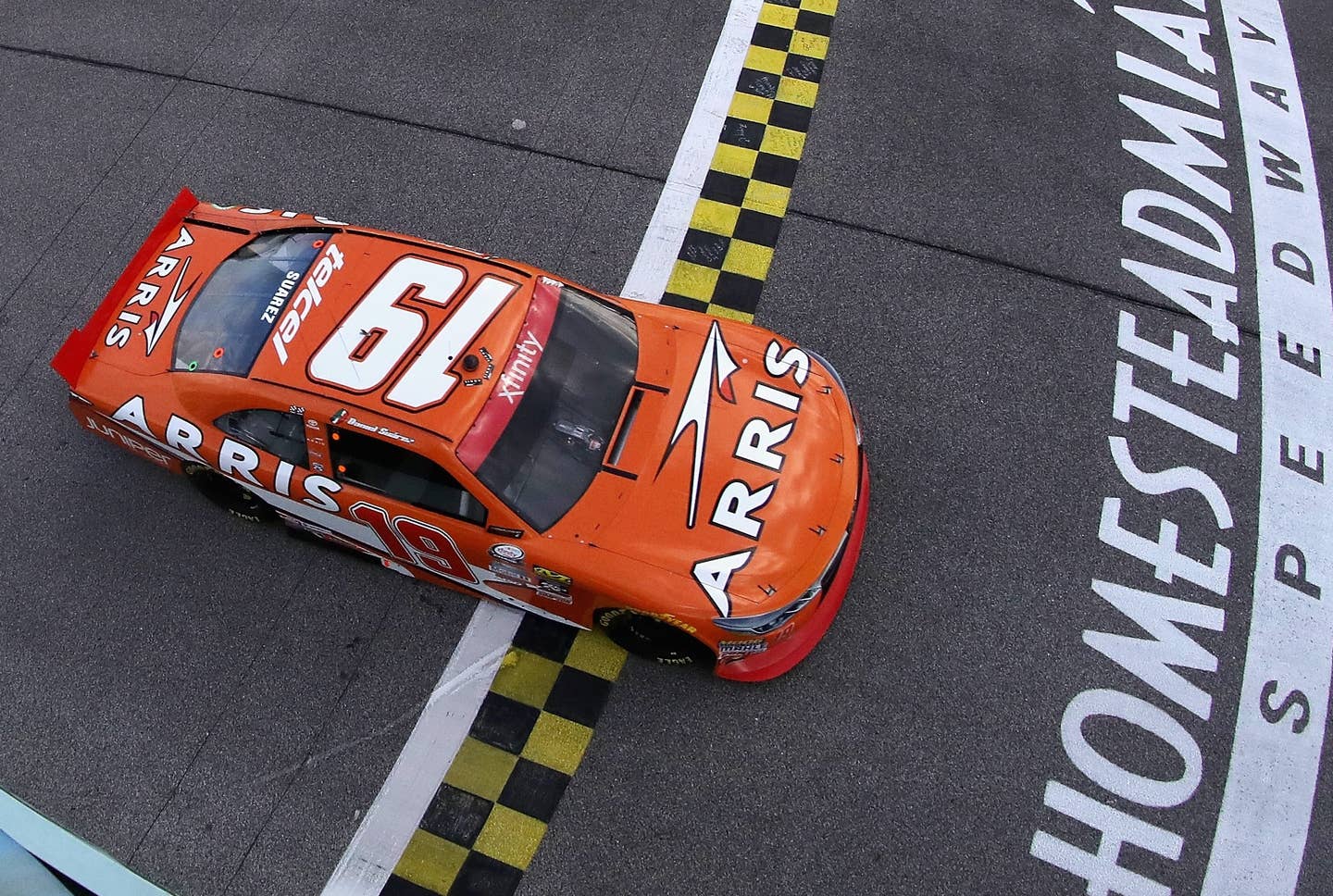 All week it just seemed like Daniel Suarez would be the man to beat for the NASCAR Xfinity championship, and that's how it played out at the Ford EcoBoost 300 at Homestead-Miami Speedway Saturday night, as Suarez dominated the race, leading second-place Elliot Sadler to the line.

A late-race restart that looked like it would be a nail-biter was ruined by the number 14 of Cole Whitt, a backmarker that didn't pit on the final yellow flag and ended up starting on the pole. Whitt couldn't get going at the green flag, with three laps to go, boxing in Erik Jones and Justin Allgaier who, along with Sadler and Suarez, were the final four who went to Homestead with a shot at the title.

That let Suarez launch to the front, and Sadler, with two new tires instead of four, couldn't catch him. He became the first Latin American driver to win a NASCAR championship, and he is the first NASCAR Drive for Diversity program graduate to win an Xfinity championship. The 24-year-old won three races this season. With 50 laps remaining, the four Chase drivers were running first through fourth, so it was scarcely a runaway for Suarez.

Suarez and Jones were racing Toyotas for Joe Gibbs, while Sadler and Allgaier were driving Chevrolets for Dale Earnhardt, Jr.'s JR Motorsports.