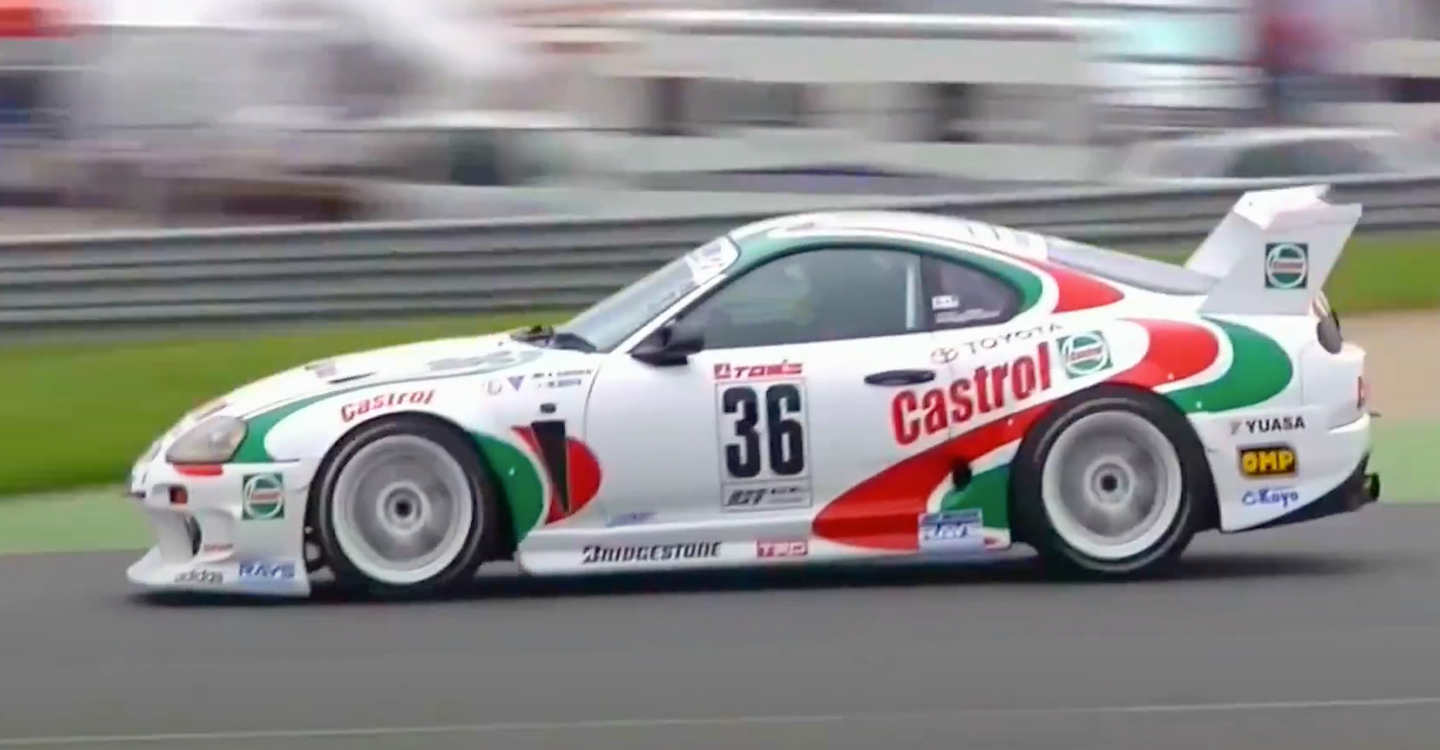 Triumphing over the likes of the Nissan Skyline GT-R and McLaren F1 GTR in the All-Japan Grand Touring Championship, TOM's Racing's Castrol-livered Toyota Supras more than deserve their status as icons of '90s motorsport. Sadly, iconship doesn't translate into being well-cared-for, as evidenced by the reported abandonment of one of these Supras in a warehouse in western Japan. Fortunately, the Supra in question is about to get some long-overdue TLC in the form of a full restoration, which its original constructor TOM's Racing wants your help—more specifically, your money—to complete.

According to Japanese Nostalgic Car, TOM's reacquired the historic race car after its rediscovery in said warehouse, where it has been in storage for more than two decades. The car reportedly had its four-cylinder 503E race engine (JGTC Supras didn't use the 2JZ-GTE) extracted before being mothballed, which wasn't done with much care, as the Supra's leftover war wounds have rusted since it last raced. Fortunately, those wounds might finally have a chance to heal, as TOM's has assembled a team to restore the car to its former glory, one it hopes to support with a crowdfunding campaign.

As you'd expect of a crowdfunding initiative, the more cash people contribute, the better their perks upon the completion of the project. Lower-tier donators get stuff like stickers, or a book chronicling the car's restoration. Donations over $900, however, will net the first substantial reward: an invitation to the car's completion party. From there on up, the rewards start to really sweeten, though at great cost, as a package including a season ticket for the 2021 Super GT season runs $4,700, and access to the team's VIP hospitality area at each race requires doubling down on that investment.

The perk that we really want—the full-day rental at a track and having one's name engraved prominently on the car—starts at an eye-watering $28,000, and it's money that will have to be scraped together quickly, as only seven track-day packages can be scooped up by impulsive enthusiasts. Granted, there are cheaper ways to get a day on the track, but the kind of person that can spend that kind of money restoring someone else's race car instead of building their own will hardly notice the expenditure in the first place. And besides, there's something to be said for trying out the cars you've only ever driven in Gran Turismo.

I Spent A Decade Restoring My High School Ride: A 1997 GMC Sierra

I wrecked my first car when I was 17. Then I spent 10 years slowly putting it back together, and now it’s finally done.