Ferrari is supposedly very happy that the Brit's contract is up for renegotiation. 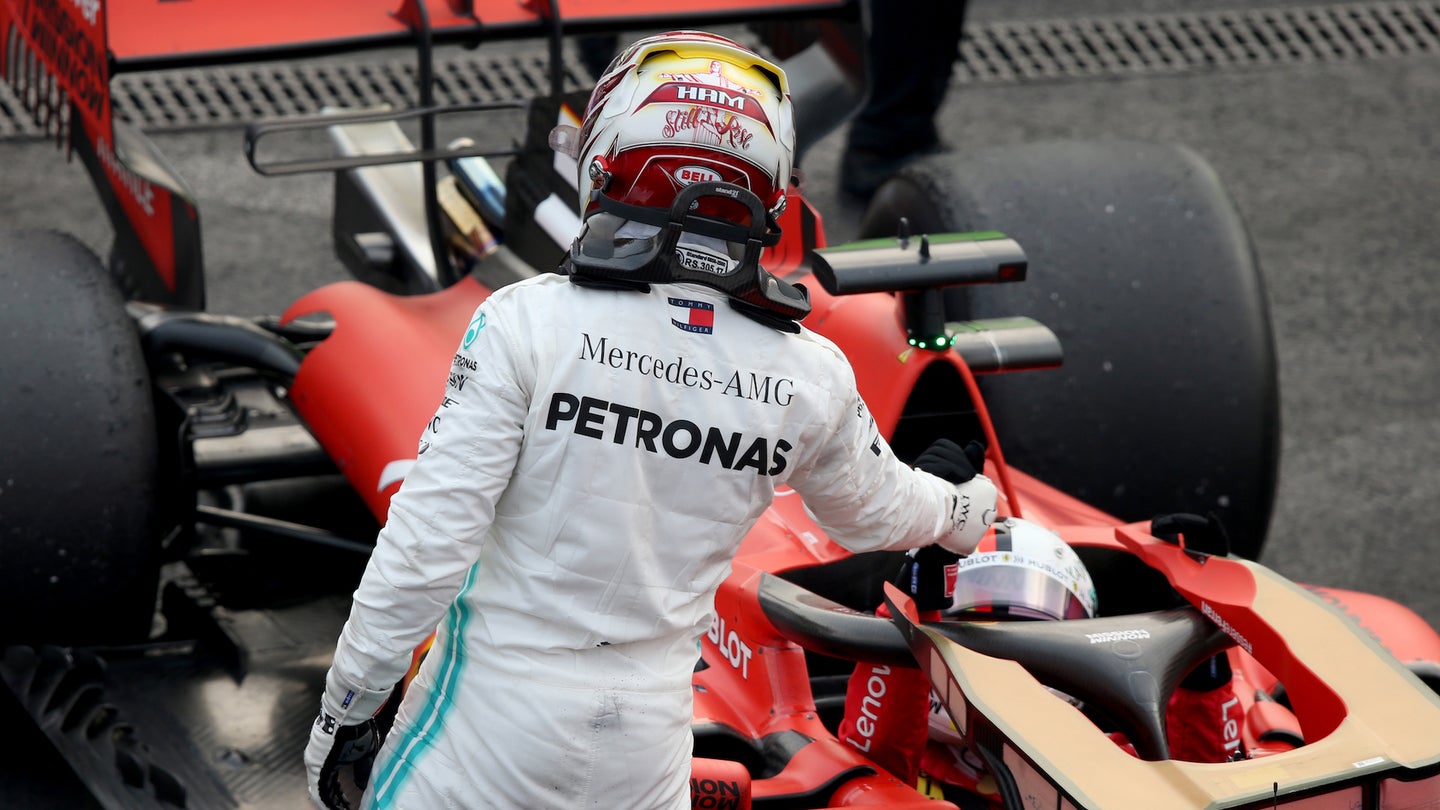 Uncertainties regarding the future of Mercedes-AMG in Formula 1 and rumors of meetings between Lewis Hamilton and Scuderia Ferrari raise questions about whether the Brit could spend the twilight of his racing career as a red driver from Maranello.

The six-time F1 champ stated during a press conference at the season-ending Abu Dhabi Grand Prix that he's comfortable at Mercedes-AMG as it is, but that he has yet to put much thought into how he'll end his career on a high note.

"I love where I am so it's definitely not a quick decision to go do something else. But of course, I think it's only smart and wise for me to sit and think of what I want in the... if it is the last period or stage of my career. Naturally, I want to keep winning, so... I want to be able to keep fighting with these guys as well," said Hamilton, referring to his rivals Max Verstappen and Charles Leclerc, present on either side of him.

He hinted, however, that his choice of team will be influenced by what his team principal Toto Wolff decides to do, as the Austrian has been declared a major contender for the role of F1's CEO by Motorsport.

"I know Toto is always looking at his options in terms of his future and only he will know what is the best thing for him and his family. So I'm waiting to see what he's doing with that," said Hamilton.

Wolff, however, has denied seeking the role currently occupied by Liberty Media's Chase Carey, and instead cast doubt on whether Hamilton will renew his contract with the team. Though signed to Mercedes through 2020, Hamilton has met with Ferrari president John Elkann twice this year according to Gazzetta.

"I would rate it personally—and I'm leaning myself out of the window here—I would rate it at 75 percent," Wolff told Race Fans. "I give you [that] number because I think from the rational, everything speaks for the continuation of the relationship, from both sides. But equally, there is a 25 percent chance that we are not in control of. So we'll see how the next months pan out."

Wolff admitted in November that Daimler-owned Mercedes-Benz's continued involvement in the team he partially owns is also in question.

"Everything indicates that we will stay. But it's not a given," Wolff told Autosport. "We are in the middle of discussing the new Concorde Agreement. In connection with this—and independently of it—we are discussing the development of the automobile and its effects on sport."

Meanwhile, Ferrari boss Mattia Binotto appears to be quite upbeat about Hamilton's situation, telling ESPN:  "Lewis is certainly an outstanding driver, a fantastic driver. Knowing that he's available in 2021 can make us only happy."

It's unclear whether Daimler's future involvement in F1 is threatened by its ongoing cost-cutting schemes, but as the F1 team is reportedly profitable, jumping ship looks unlikely.