The McLaren-Renault Rumors Are Heating Up Again

Three Frenchmen walk into a bar the McLaren trailer... 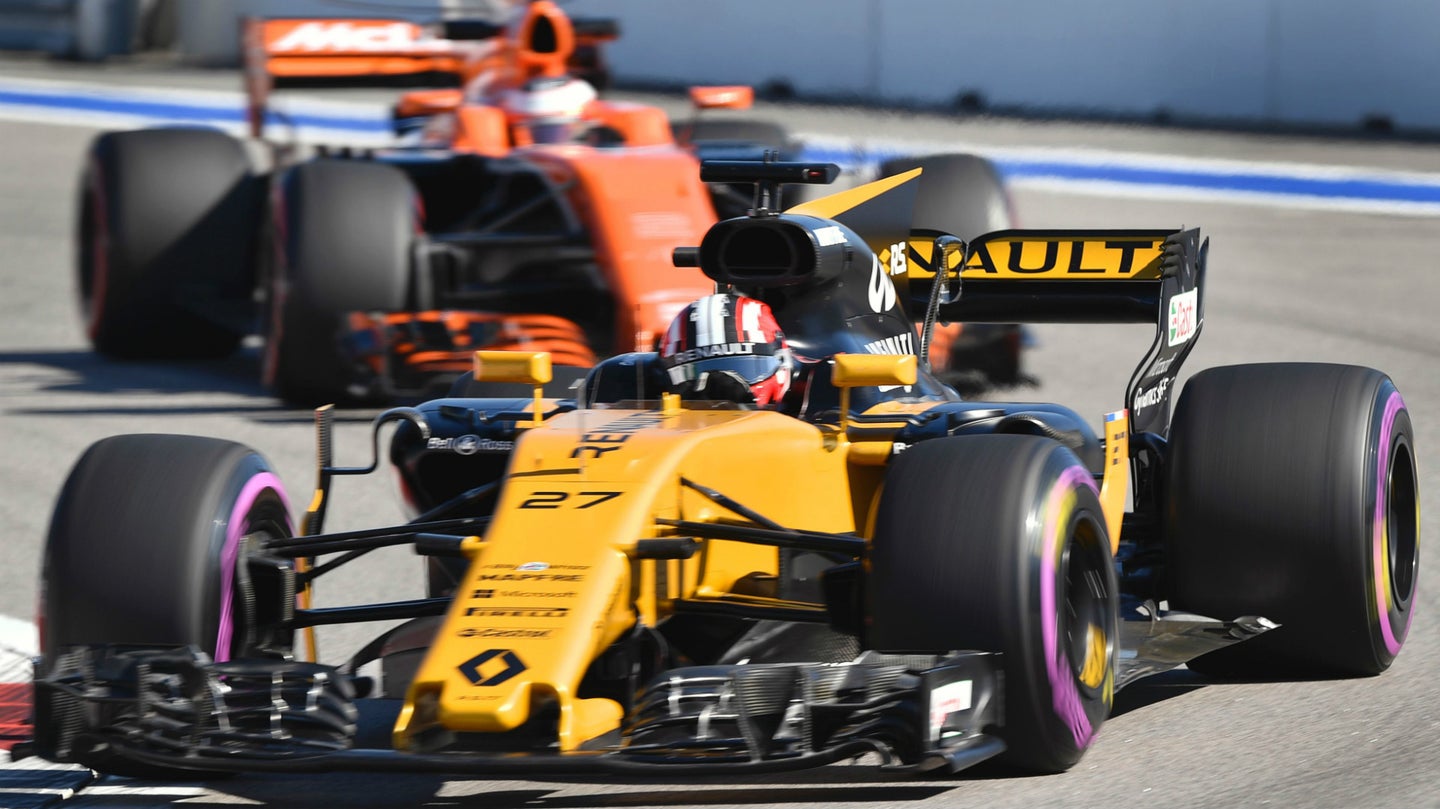 Everyone knows McLaren is unsatisfied with the Honda engine, but what we don't know is what company will power McLaren's F1 cars next season. All the concrete evidence points toward the team remaining with Honda for another season, and between the fast-tracked engine development, Honda's lofty goal of outstripping Renault before the season's end, and the potentially improving relationship between the team and the Japanese auto manufacturer, we have little reason to believe that McLaren will ditch Honda for Renault, despite openly courting the French engine supplier. However, some strange activities between McLaren and Renault have been noted as of Friday, the first day of this year's Italian Grand Prix weekend.

McLaren's Zak Brown stated in an interview Friday with Motorsport that McLaren is capable of withstanding the hit of losing Honda's financial support, which is, by all accounts, no longer enough to offset the team's poor performance and loss of prize money. He went on to declare that McLaren will make its 2018 engine choice based on performance, not how much cash his team can save by choosing a weaker engine.

Elsewhere, three high-ranking personnel with the Renault Sport team were spotted entering one of McLaren's trailers— presumably not with intents espionage, but of diplomacy.

Cyril Abiteboul is the managing director of Renault Sport F1, Alain Prost is a quadruple Formula One champion and special advisor to the team, and Jerome Stoll is the former president of Renault, now just president of the company's Formula One team.

As for what they went to McLaren to talk about? Engines, we suspect. Brown even joked about engines when asked what he and the Frenchmen were up to, and dodged any attempt to force him to make a committal statement regarding his team's engine plans for 2018.

McLaren's drivers are ready to be more competitive. Fernando Alonso thinks the team could be locking out the front row, if they only had a larger stable of horses to tap into, and furthermore, has smacked down the allegations that he is giving McLaren-Honda a choice of who to keep: Honda, or himself.

If Honda manages to catch Renault by the end of the season, which is a difficult, but not insurmountable hurdle, then Alonso may stick around for next season instead of departing for a sabbatical year in Indycar. It's now all down to Honda to prove themselves capable.