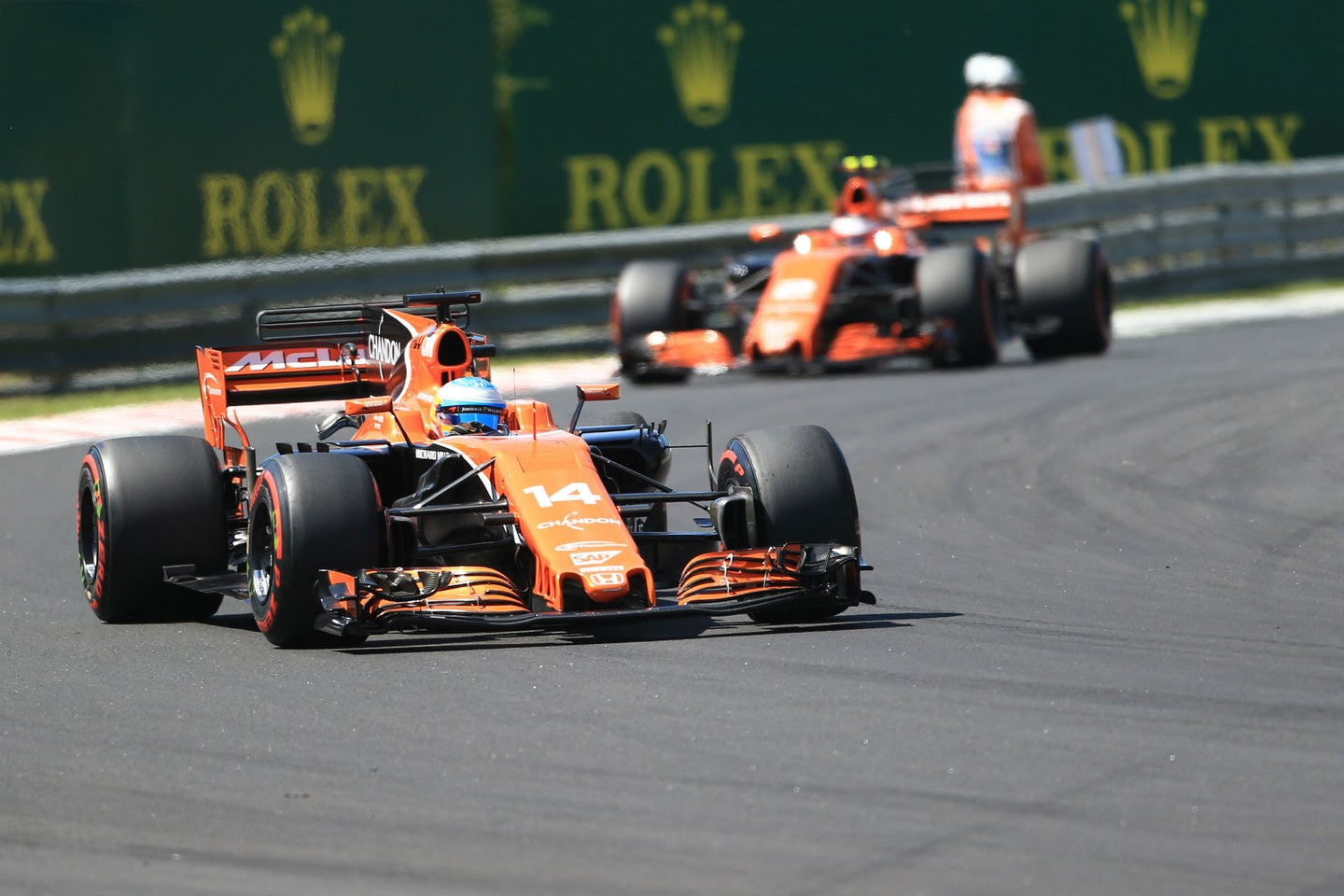 The McLaren-Honda duo has not been an impressive one this season as engine problems have plagued the team throughout 2017. So much so, in fact, that star driver and former F1 champion Fernando Alonso has threatened to leave if these issues aren't sorted out soon. McLaren has even reportedly searched around for a replacement engine supplier come 2018 but to no avail. In order to solve this equation, Honda looks to improve its equipment to be better than Renault by next season.

Honda F1 boss Yusuke Hasegawa said to Motorsport.com that the team is looking to improve its pace to surpass the French manufacturer, though Ferrari and Mercedes may be out of reach.

"I think we can keep the same ratio of the increasing of the power but it is difficult to catch up Mercedes or Ferrari." He continued, “I really want to move ahead of Renault in terms of performance before the end of the season.”

Hasegawa further supported this statement by saying that this achievement is statistically within reach. "I can see that on the data. I will not tell you the number, but we are closing the gap.”

While this is a perhaps more realistic approach, it may not be the most ambitious fix for the Honda crew. Renault currently supplies engines for its own factory team as well as others like Red Bull F1, both of which have been plagued by power plant troubles throughout this first half of the Formula One season. Renault claims that major updates won't be coming until 2018, so Honda has until at least next year to capture this goal while its competition remains in its current state.

In the meantime, McLaren plans to stick with Honda as team chief Zak Brown claims he is confident in their partnership for the future. It's yet to be revealed what Honda plans to change in order to reach this objective, but a string of replacements and repairs this season have left Alonso fighting from the back of the pack due to penalties.