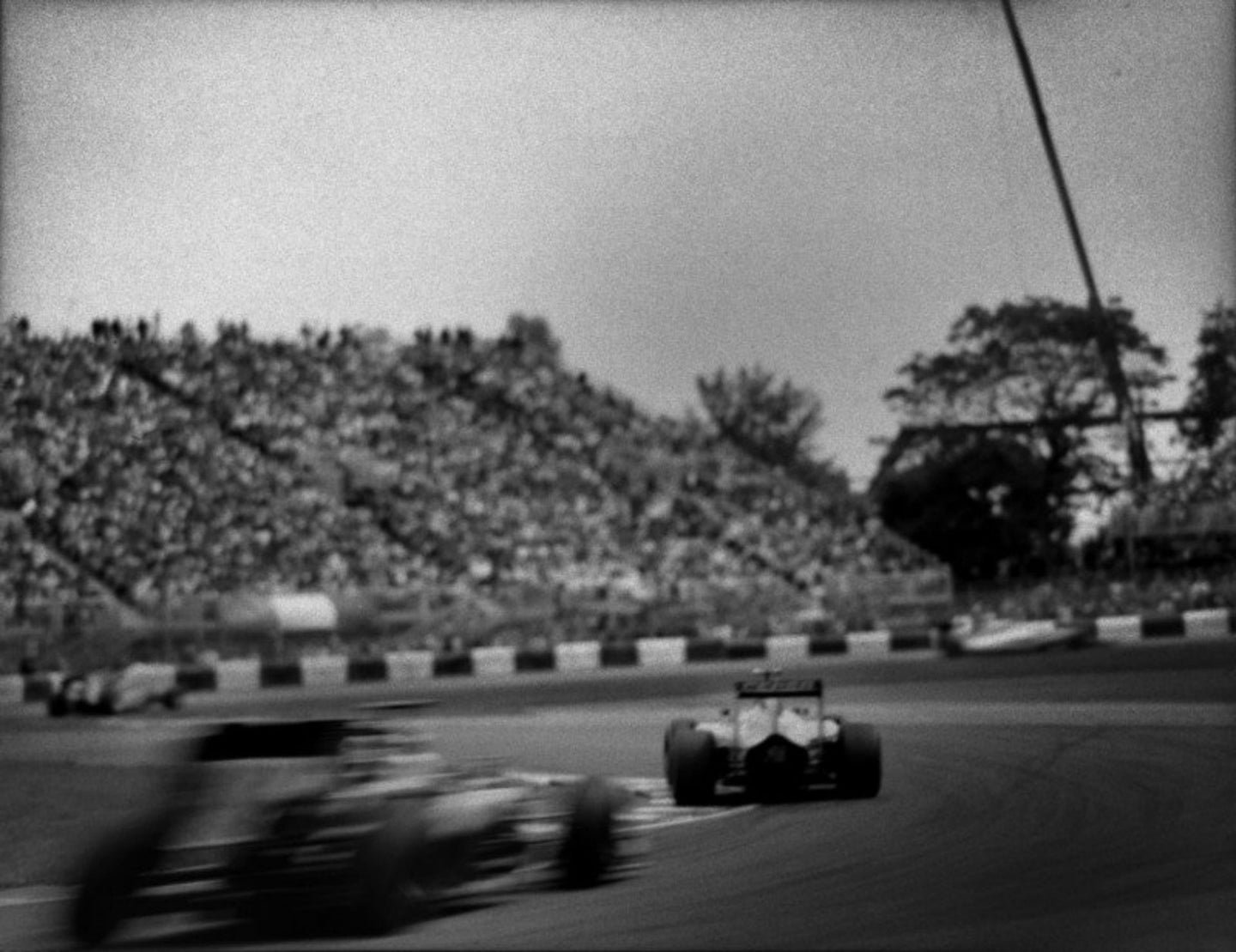 Never say that modern day Formula One lacks beauty after seeing these photos. Using a 1913 Graflex 4×5 view camera, photographer Joshua Paul opts out of contemporary equipment for the simplicity of film—a nearly-lost art in the days of DSLRs. By combining this old-school-cool technique with today's most fast-paced motorsport series, Paul has been able to capture some of Formula One's most picturesque moments in perfect dramatic form.

Let it be known that this technique is more than just old-fashioned. It requires a more methodical approach to the subjects at hand. Whereas most higher level cameras can store thousands of photos, Paul can only fit 20 on a roll of film. Thanks to that, every piece that he shoots is thought out in a way that's unique to the other professionals in the crowd.

Paul first got the idea to shoot today's F1 races in film after reading a magazine from 1969 that covered the Indianapolis 500. In this collection, he viewed some beautiful photos that he knew few could recreate. Beginning at the 2013 Spanish Grand Prix, Paul has been exercising his abilities at various event over the past four years.

He's grown such a passion for the practice that he has even started a publication named Lollipop Magazine. It's a work that covers a variety of Grand Prix events and stories for the modern-day enthusiast—a project that Paul hopes will recreate that same fire in racing fan's of tomorrow.

You can view his portfolio here, and follow him on Instagram to get the latest feed-flood of time-traveling Formula One events.