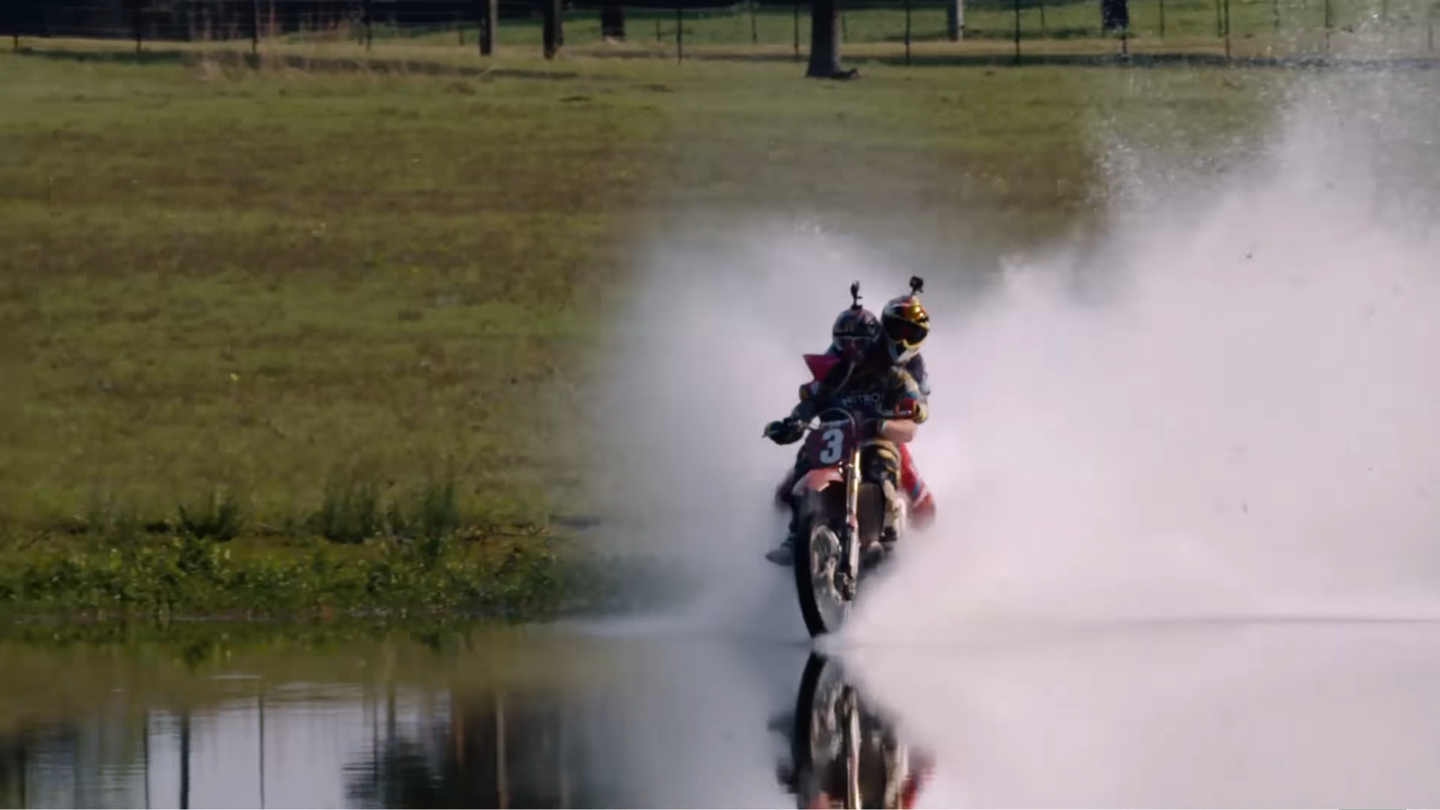 Travis Pastrana was one of the originals people to start the Internet stunt craze, starring in loads of YouTube videos and even his own TV show, Nitro Circus. He ballooned in popularity after nailing the first double backflip in MotoX Freestyle history, showcasing his talent on the big screen during the 2006 X Games. Pastrana gained a cult following afterwards, setting the bar for fellow adrenaline junkies like Ken Block and BJ Baldwin. After spending some time in rallycross racing, he's made his comeback to AMA racing for the first time in 11 years. Watch him celebrate by backflipping his bike and skimming across a pond, just like he did in the good old days.

During the video, Pastrana recounts on his most important influences of '90s motocross. Guys like Robbie Reynart kickstarted extreme sports back in its heyday, leading to the composition of world-stage racing, and Travis accredits his passion to guys like him. Luckily for Pastrana and his crew, motocross allowed them to transition to full-time stunt men, sending them on tours across the globe with "Nitro Circus Live."

Although this video was made to remember what started his career, it features even better footage of Travis whipping and pulling tricks across the track. That's what got us all into it in the first place, anyway. Travis admits that he isn't going to be racing full time, but it was a good refresher, and reminded him of his youth. If that's what it takes to get a glimpse of sweet moto tricks, then that works for us.