Porsche 924 Is Found Wrecked By a Cliff 27 Years Later

The 1979 Porsche 924 coupe that was reported stolen in a movie theater parking lot near Medford, Oregon has just been found. 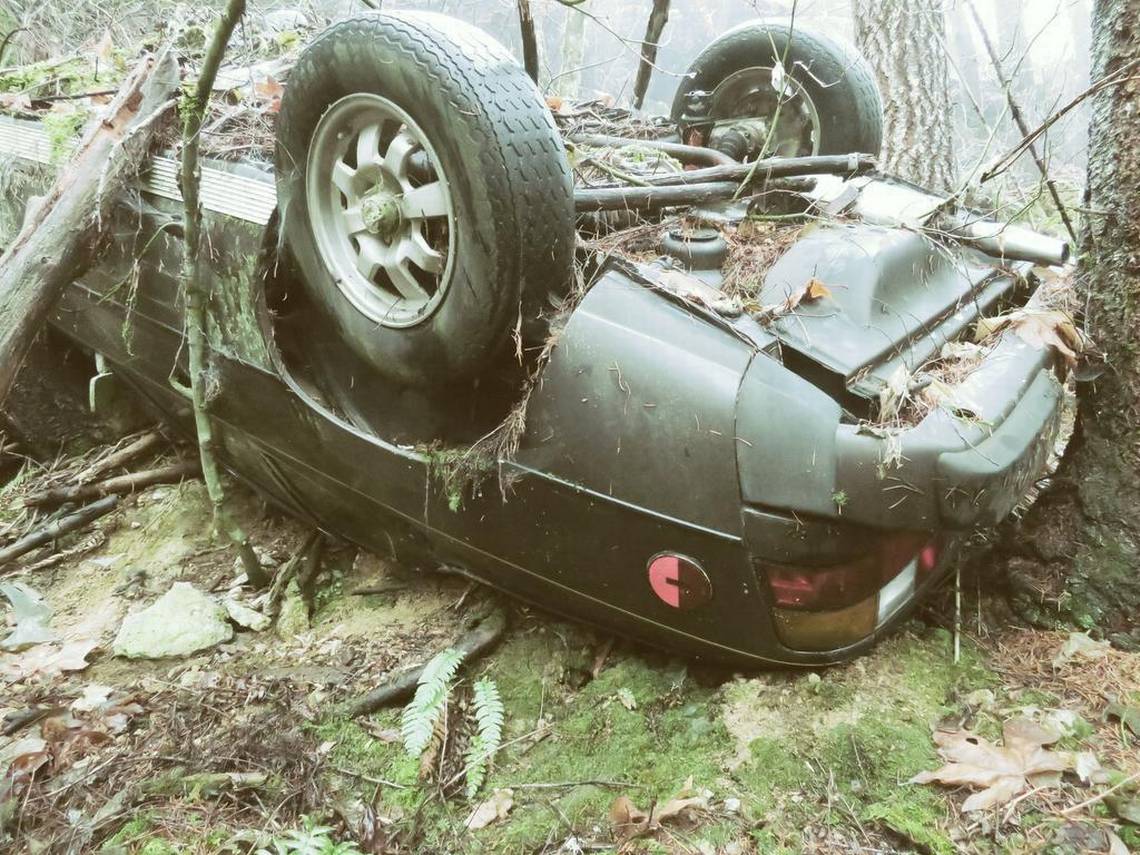 Nearly three decades after being reported missing, a classic Posche has been discovered at the base of a cliff near Crater Lake National Park, Oregon. According to KTV the 1979 Porsche 924 went missing from a movie theater in Medford back in 1991. On Tuesday of last week, however, a man walking his dog came across the vehicle overturned and wrecked near Crater Lake National Park in Oregon.

The Jackson County Sheriff's office reports that the position of the vehicle at the base of the cliff made it nearly impossible for anyone to see from the road. The man walking in the wooded area had immediately called dispatch on to report the flipped vehicle while following his dog off Abbott Prairie Road. The location of the crashed car was approximately 40 miles from Medford.

The dispatch call on November 28th was followed by a full search of the area the next day. On Wednesday November 29th, detectives investigated the incident and found no human remains in the vicinity. Some bones that were discovered on the ground were said to be from a deer. This discovery helped officials to dismiss the initial assertion that human remains were found inside the car.

The fact that the vehicle is currently wrecked on steep and rugged terrain makes for difficult removal and some environmental concerns. The Jackson County Sheriff's office reports that it is currently working on the best course of action to take for this situation.

Further investigation (MPD Case #91-1666) by the Sheriff's office found that the Porsche was reported stolen on January 20 of 1991 from the Southside Cinema in Medford. In a statement, the department noted that "Heavy forest debris indicated the vehicle had been there for a significant period of time. The registration tags expired in 1991." According to KTVZ, Sgt. Julie Denney says detectives have not been able to reach the owner listed on the police report from 1991. If the car will ever be reunited with its rightful owner remains a mystery; but even so, it's a relief to be found.