The worst tool for the job, or the best tool? 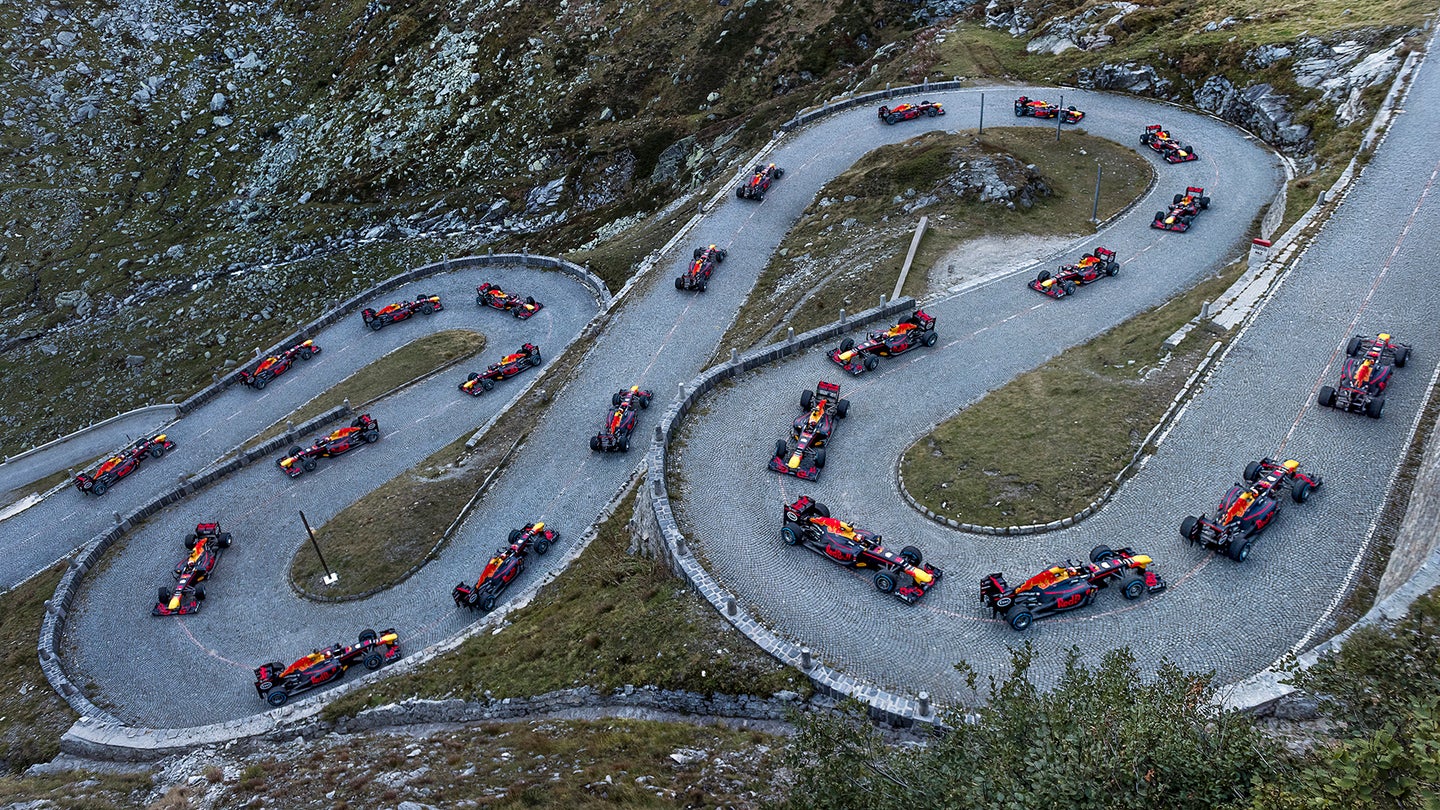 Like a ferocious animal raised in captivity, an F1 car is completely unequipped to survive on the less-than-perfect roads of the real world. But fortunately for us, that didn't stop Red Bull Racing from sending Formula E champion and Scuderia Torro Rosso reserve driver Sébastien Buemi up a twisty, treacherous mountain pass in their F1-championship-winning RB8 car.

Of course, calling it a car is like calling the space shuttle a glider. F1 race cars are purpose-built machines, made specifically for the high-speed demands of a smooth, flowing track. Everything about it—aerodynamics, engine, suspension—is designed to work best at high speed during a race, not an improvised hillclimb on a cobblestone-paved road. The RB8, driven to 2012 World Championship title by Sebastian Vettel, hails from the final age of naturally-aspirated V8 engines, in this case a 2.4-liter Renault unit revving to 18,000 RPM.

Having worked as a test driver for Red Bull Racing during that season, Buemi is probably very familiar with the RB8. But chances are he's never driven it on a road like the Tremolastrasse, a 19th century route that snakes up a mountain in southern Switzerland to connect the town of Airolo to the Gotthard Pass. It's 7.9 miles of rough cobblestones heading up to a summit of over 6,000 feet. If the climb wasn't treacherous enough in a rear-wheel-drive race car, the cobblestones are usually slick with melting snow during the summer.

All that combines for one heck of a sketchy climb, but Buemi holds it together as the RB8 skitters and jumps over the massively imperfect road surface. He makes it to the top unscathed, letting that glorious V8 wail as he celebrates with some tasty donuts.