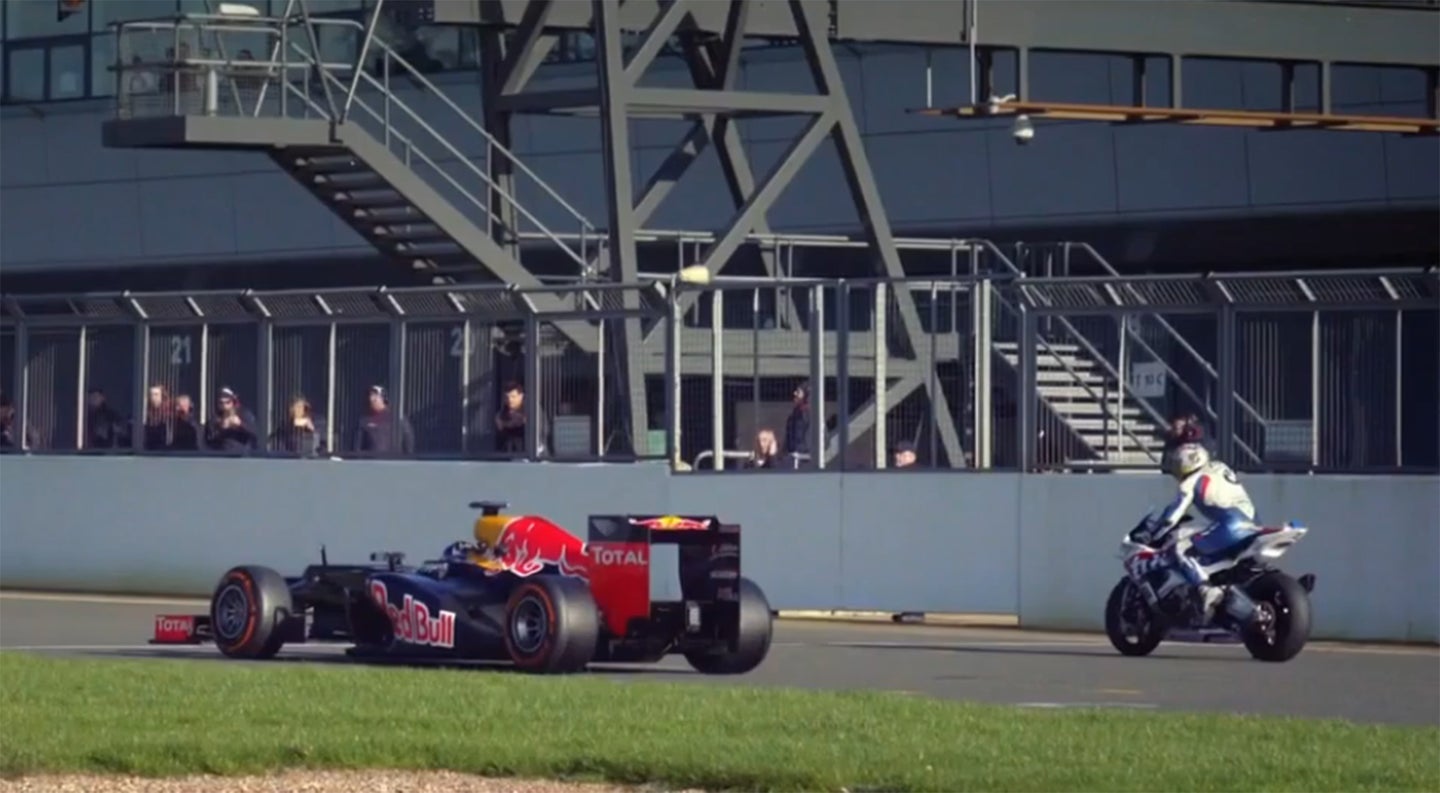 Formula One cars are insanely fast. Sometimes, it's hard to really put that speed in to perspective when watching a Formula One race. It's only when you put one of these cars up against something else widely known as being a bullet, like a Superbike, do you start to grasp the power and speed of the Formula One car.

In this video, former Red Bull driver David Coulthard goes head to head against his "man crush" (Coulthard's words, not mine) Guy Martin. Coulthard drives the 2012 Red Bull RB8, while Martin drives his Tyco BMW Superbike. This clip is part of the Speed with Guy Martin's F1 Special. Coulthard and Martin competed in a series of performance challenges with their obscenely fast machines. They cover acceleration, braking, and a slalom course, pitting Superbike against F1 car. But the only real way to see which is faster is with a race.

The final challenge is a race around the Silverstone Formula One circuit. Of course, there is a twist. Martin has to do three laps on his Superbike. To win, Coulthard has to do four laps in the Red Bull RB8. That's an extra 3.66 miles that Coulthard has to cover. To do it, he'll have to pass Martin at least once.

I won't tell you who wins, you'll just have to watch.

I’d be surprised if these didn’t leave a seat belt-shaped bruise across your chest.