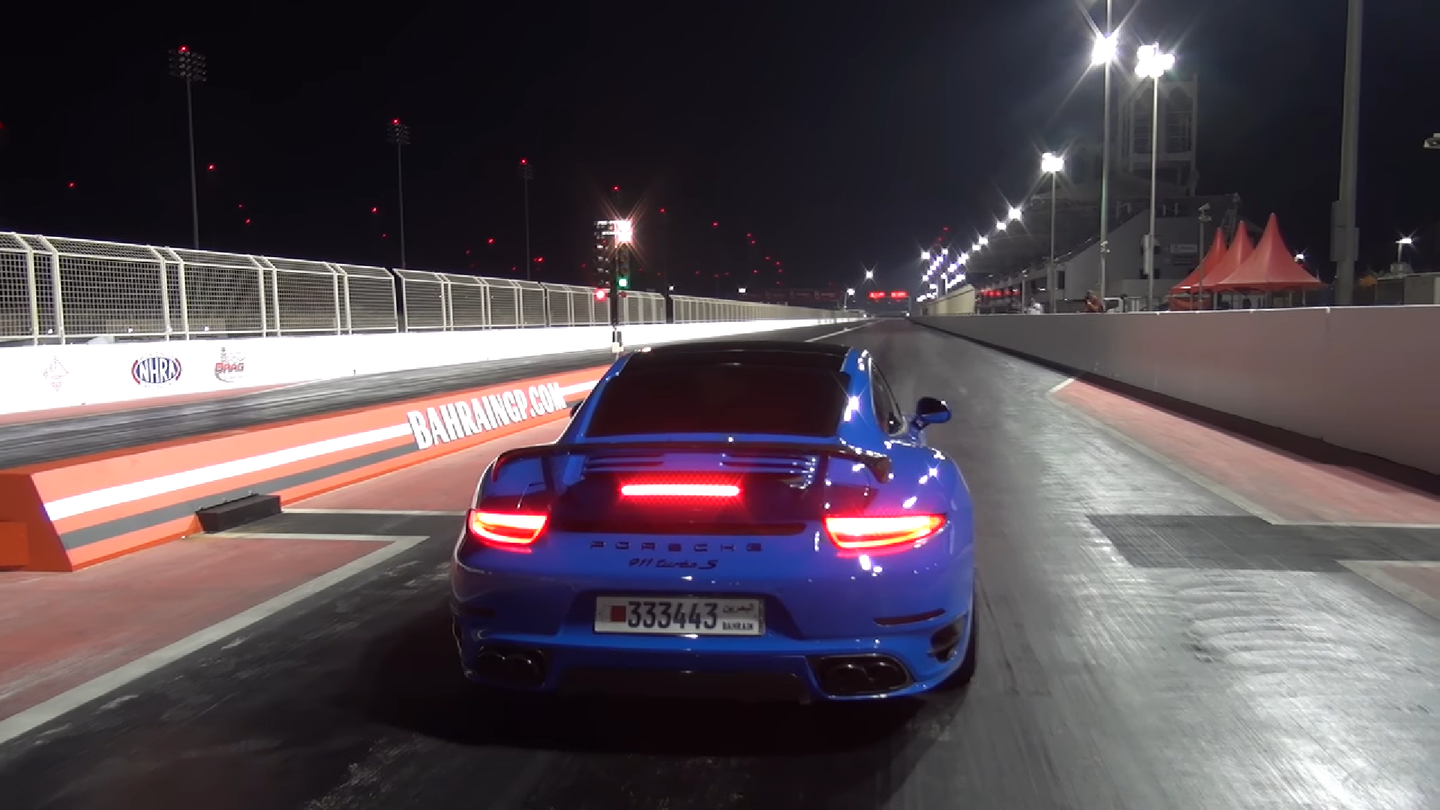 Looks like EKanoo Racing is at it again with the 8-second Porsches. Last seen pulling wheelies and posting 8.029-second quarter miles in the ES2XXX 997 GT2, the drag demons from the Middle East have built another ludicrously fast 911. This time, using the all-wheel-drive 991-generation 911 Turbo S as a base car.

At the Bahrain International Circuit dragstrip, the ES1XXX blasted past the quarter mile mark in a positively brisk 8.993 seconds at 160.7 mph. EKanoo claims it to be the first Porsche 991 to break the 8-second barrier—and therefore, the holder of a world record.

Built in collaboration with Turkey's Esmotor, the ES1XXX ran on VP Racing's MS 109 race gas, but had to endure high Middle Eastern temperatures. Other details about the car are scarce. Considering a stock Turbo S of the same era did the quarter mile in a relatively lethargic 11.2 seconds in a Motor Trend test, it's safe to say that the modifications here are likely extensive.

The rest of EKanoo's YouTube channel is well worth looking into, as conventionally-fast cars of seemingly every make and model have been tuned to be pants-ruiningly quick. A three-second (in the eighth) RC F, a 1,000-horsepower Nissan Patrol, and a six-second MkIV Supra all show up as part of EKanoo Racing's portfolio.